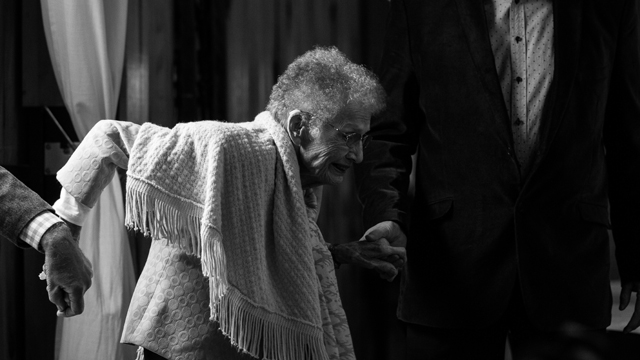 As a society, our views and opinions change over time, but sometimes our actions reflect views we have already outgrown.

While few brides vow to obey their husbands any more, outmoded views are still reflected in the words and rituals of many weddings. A bride may wear white and veil her face (historically signifying she was a virgin), walk down the aisle with her father to the groom who waits at the altar (signifying the handover of ownership) and the bride’s father or parents may even be asked “who gives this woman to be married to this man” the responding “I/we do” signifying approval of the transaction. Even the question “will you kiss the bride?” signifies this historical transfer of ownership.

Of course, those rituals can be repurposed. The father-daughter walk can signify both the closeness of their past relationship and the reality that dad is no longer (and probably hasn’t been for some time) the most important man in his daughter’s life.

While these traditions may be harmless, lingering practices and beliefs in other areas can cause real damage.

Palliative care practitioners bravely pioneered a critical role. They believed that, just because a disease was incurable, the patient should not be left to suffer. By palliating, or lessening, symptoms, these doctors and nurses helped patients die gentler, more peaceful deaths.

Perhaps surprisingly, these practitioners were not seen as ministering angels but rather as fiends, angels of death. Doctors were reluctant to accept palliative care for their patients, thinking it would kill them. Patients were reluctant to receive it for the same reason.

Those in palliative care spent time, effort and energy communicating with their peers and the public: we are not here to bring about your death but to help you die well. Palliative care proponents stated they would neither hasten nor postpone death.

In the context of history, this position made a lot of sense. But it is still being used today — even though our medical landscape has changed significantly.

Thanks to a Supreme Court of Canada ruling in 2015 and subsequent federal legislation, Medical Assistance in Dying (MAiD) is now legal in Canada. While the legalization of assisted dying had overwhelming public support (84 per cent in favour) among both CARP members and the general public, many in palliative care, such as Nancy Macey, executive director of the Delta Hospice Society in B.C., have gone on record as saying it is undermining their ability to provide end-of-life care and want nothing to do with it.

This is causing real harm to patients because these hospitals and hospices are preventing patients from accessing an assisted death on their premises.

When Ian Shearer was forced to transfer from St. Paul’s Hospital to Vancouver General Hospital to access an assisted death, his daughter described the pain he experienced as excruciating.

Dr. Jonathan Reggler resigned from St. Joseph’s General Hospital in Comox, B.C., over its forced transfer policy, which he believed caused patients undue stress. In a 2016 CBC interview, he stated, “I believe that the policy is disgraceful and I cannot represent a board that is willing to subject patients to the sort of unnecessary pain and suffering that comes about with being transferred.”

When I spoke to Shanaaz Gokool, Dying With Dignity Canada’s CEO about this, she noted, “Hospitals in disaster zones take every possible step to avoid transferring patients with complex health-care needs and do so only as a final option. To do otherwise may cause cruel and unnecessary suffering.”

According to Gokool, a number of publicly funded health-care facilities across the country are refusing to provide assisted dying. Some, like the palliative care unit at St. Michael’s Hospital in Toronto, refuse to allow patients access to medical assistance in dying for religious reasons.

While faith-based hospices and hospitals have claimed they are not required to allow assisted dying on their premises, this claim has yet to be tested in court. Federal legislation on medical assistance in dying — Bill C-14 — noted that “nothing in this bill violates religious freedom.” It will be up to the courts to decide whether that freedom is for individual clinicians who may have a moral or conscience objection to assisted dying, or extends a universal right to bricks-and-mortar institutions to make decisions on behalf of those they employ and the people they serve.

The Ontario College of Physician’s and Surgeons’ mandatory health-care referral policy (which, among other issues, requires doctors to provide referrals for assisted dying) was recently tested in Ontario’s Superior Court. The ruling (now under appeal) from this past January noted that the policy represented “reasonable limits on religious freedom, demonstrably justified in a free and democratic society.”

On June 15, the Supreme Court of Canada ruled against Trinity Western University’s proposed law school and in favour of LGBTQ students, similarly noting that religious freedom has limits.

Limited options and provincial regulations generally prevent patients from being able to choose one hospice or hospital over another. Individuals of any faith, or no faith at all, can end up at facilities that prohibit assisted dying on their premises. Right now, those patients must either forgo MAiD or endure the pain associated with a forced transfer.

Tragically and ironically, the hospice movement — born out of the need to alleviate patient suffering — is, in some cases, causing suffering in patients who choose an assisted death.