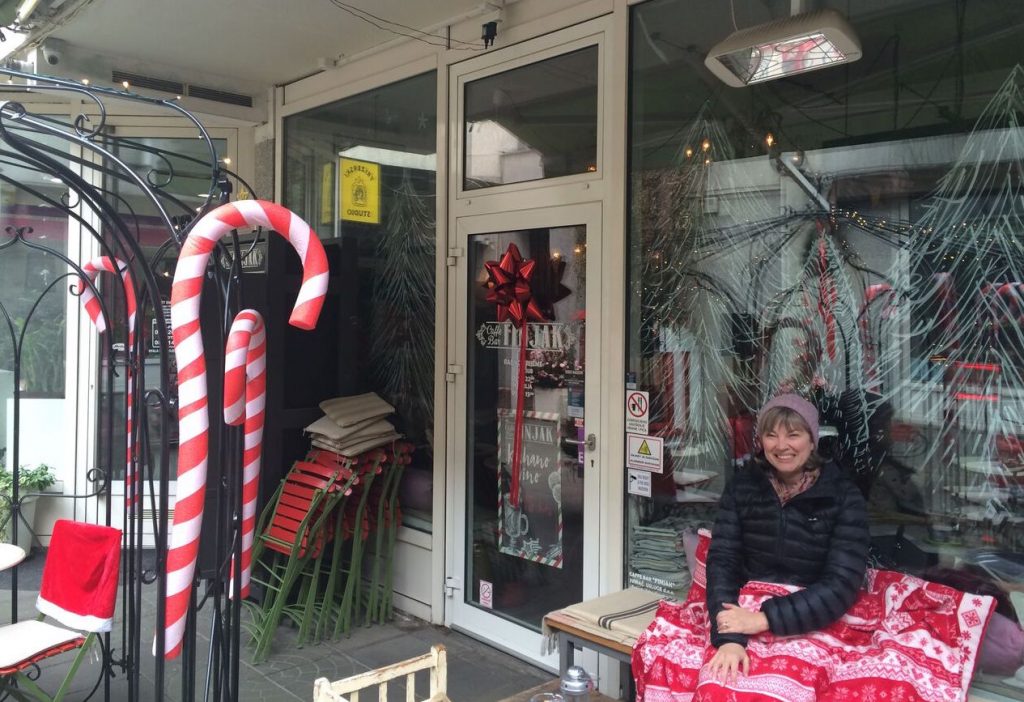 “In Croatia, coffee isn’t a drink. It’s a way of living.”

My driver Zach had picked me up at the airport in Zagreb, and that was one of the first things he told me. The phrase ‘going for a coffee’ means much more than picking up a drink. It involves meeting at least one other person to exchange gossip, talk politics, celebrate a special occasion, or even do business. A true Croatian coffee meeting will last at least two hours; drinking coffee is optional.

Here are four spots you might want to visit in Zagreb, so you can feel part of the coffee culture, too.

I was enthralled from the moment I walked into Velvet Café. Star-shaped lights twinkled from the ceiling. Walls were lined with old-fashioned portraits and modern drawings of teapots. Shelves by the display case held all manner of silver tea service. A street lamp sat between the main room and a second seating area. Each wooden table held an antique book that, when opened, displayed the café menu; customers can order gourmet sandwiches or homemade desserts to accompany their drinks.

When I asked about the history of the local coffee scene, Velvet’s Vjenceslav Madić said, “Since ancient times, Zagreb was the intersection of the Austrian and Italian culture and their ritual of drinking coffee.” Zagreb was the place where people could drink an Italian espresso in a Viennese-style café, and that scene remains today.

My pot of tea was served with a complimentary slice of cake. The café felt like a synthesis of Viennese elegance and Italian warmth. If I’d had two hours to sit and socialize, it would have been here. 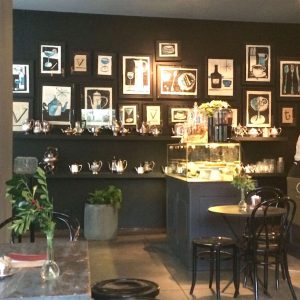 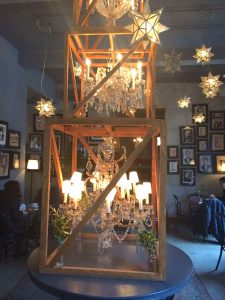 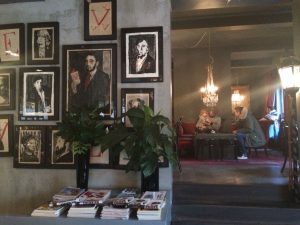 Caffe Bar Finjak (Vlaska 78) is a charming coffee bar at any time of year, with lovely antique mirrors, lamps and teacups filling its tiny space. But the most magical time to visit is during December, when the bar is decked out in Christmas decor.

Every December, the Svirac family that owns Finjak decorates it in a different theme. For Christmas 2018, the theme was Candy Garden. Life-sized tin soldiers and enormous candy canes guarded the entrance to the café, and miniature trees were strung with Christmas candies. Plush Santa hats were draped over the backs of chairs, while elf-sized doorways brightened the side of the patio. A cheery red sleigh sat outside the window.

There were two tiny rooms inside, but I wasn’t going to pass up the opportunity to sit on the heated patio, bundled up in a cozy red-and-white blanket. 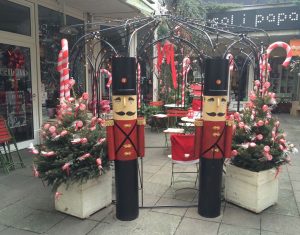 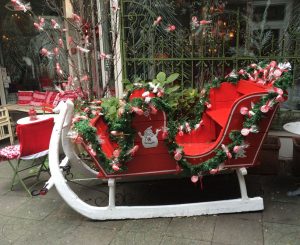 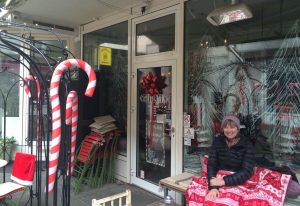 Its formal name is Trg Petra Preradovića (Petar Preradović Square), named after one of Croatia’s most important poets. But everyone calls it Flower Square, because of the beautiful kiosks that surround it.

This is perhaps the hub of socializing in Zagreb. It doesn’t matter which café you visit in Flower Square – choose any of the outdoor tables and you’ll be on display.

“Everyone comes to Flower Square on a Saturday morning,” said Ivana, my Zagreb tour guide. “They say, ‘I’ll meet you at the statue [of Preradovic]’ and then they choose a table. Flower Square is the place to see and be seen!”

While there were fewer flower stalls on the chilly winter day I visited, the ones that were open were busy selling plants, wreaths, and Christmas decorations. And tables in the square outside were nearly full, even though customers lingering over their coffees wore their winter coats. 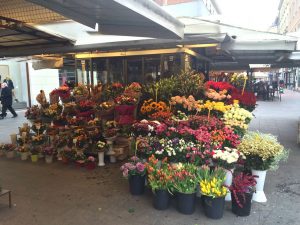 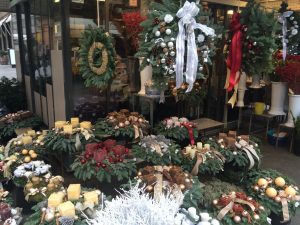 When I was twelve years old, I read Murder on the Orient Express in one sitting. I enjoyed the story, but was especially fascinated by the idea of travelling on such a glamorous train. The Orient Express symbolized a long-past golden age of travel to a young reader, and I couldn’t get enough of it. I could picture it so clearly: Art-Deco inspired carriages; colonial-style armchairs in the dining room; elegant women in flapper dresses, cloche hats, and bobbed hair.

I got my chance to experience it first-hand in Zagreb’s Orient Express Bar.

The Orient Express is long and narrow, and decorated to resemble a train carriage. I sat in an upholstered seat along the side, with an overhead luggage holder perched above me.  Plaques along the walls commemorated famous hotels that were stopovers for the original (and now-defunct) Orient Express. Brass ‘windows’ along the walls were filled with drawings of city scenes, and warnings not to lean out.

I asked co-owner Tino Vojaković about the décor. “It has some genuine vintage pieces from the train coming from France and other countries in Europe that were on the train route,” he said. (Zagreb was on the Simplon Orient Express route until 1939.) “Everything is carefully assembled as replicas of forms and materials from the original Orient Express train. We use specialists for wood and metal, and specialists for preservation; we pay attention to the smallest detail, because we know we have a unique gem.” Universal studios filmed some scenes at the bar for the 2017 version of Murder on the Orient Express.

Vojaković added, “We’ve been big fans of the Orient Express story since we were children and, for us, it is a part of our childhood dream came true.”

I may not have been wearing a flapper dress or a cloche hat, but it was a childhood dream come true for me, too. 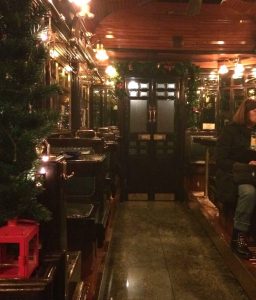 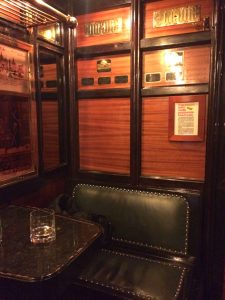 The author was a guest of the Croatian National Tourist Board, who did not review or approve this story.