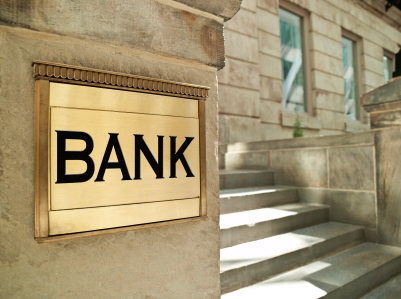 It has been almost a year since Prime Minister Trudeau called on the Deputy Prime Minister and Minister of Finance, Chrystia Freeland, to create a single ombudsperson with binding authority.  At that time, the government noted, “banks should not be able to choose the complaints handling body they participate in, and the system should not be run on a for-profit basis. The new legislation will strengthen Canada’s external complaints handling process and enhance consumer confidence in the system.”

Despite these words, meaningful action has not been taken.

Last year, CARP celebrated when the Federal Budget 2022 announced the government’s intention to strengthen banks’ external complaints handling system through the Ombudsman for Banking and Services and Investments (OBSI), a well-established, non-profit body.

CARP has partnered with investor and consumer advocates and worked for more than 11 years advocating for an independent ombudsman, which is one of severally critically needed measures to protect the financial security of older Canadians.

Without an independent financial ombudsman service, customer complaints related to banking and investment (such as unauthorized credit card payments, loan penalties, or information breakdowns) are not handled consistently, and compensation orders are not always upheld.  The end result is a confusing complaints process with variable results.

The impact of financial loss on older Canadians can be life altering. Retirees, seniors and vulnerable investors deserve this independent financial ombudsman service, as any undue losses they incur cannot readily be recouped.

Complaints by seniors are disproportionate to the financial consumer population. As well, many impacted are already vulnerable. According to the 2019 OBSI Seniors report more than 30% of complainants over 60 report their household incomes to be below $40,000.

OBSI undertakes independent expert evaluations of its operations every five years.  In 2022, Professor Poonam Puri, one of Canada’s leading experts in corporate governance, corporate law, and securities law reviewed OBSI and made a number of recommendations, including that OBSI be given binding authority when rendering its decisions.

In October 2022, the CSA finally announced they are developing a proposal for public comment in the coming year that “contemplates” providing the Ombudsman for Banking Services and Investments (OBSI) with the authority to make binding awards.

CARP believes it is high time for governments and regulators to act on the repeated recommendations for the implementation of a binding ombuds authority, with OBSI a rational fit given its long track record of serving the public interest.

Independent reviews conducted last year found that over a five-year period, investors received almost $3 million less in settlements from investment firms than what OBSI had recommended.

CARP will continue to fight for improvements.

Canada’s senior population is significant and growing and longevity for Canadians is increasing. CARP recommends a designated seat on OBSI’s Board of Directors for an individual who can provide the voice of seniors and vulnerable consumers. Not only will this position complement the Consumer Interest Director, but it will also provide meaningful representation of different stakeholders on the Board. Such a position will serve the interests of near, current and future retirees and will improve financial consumer confidence in financial services complaint handling.

You can support CARP with this issue by contacting elected officials and letting them know an independent ombudsman matters to you.

Read the letter to Minister Freeland from the Coalition of Concerned Consumer Advocates, of which CARP is a key member.