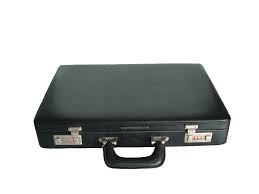 Tim McCarthy was a successful institutional trader in the brokerage world for decades. Now at the age of 63, he’s five years into his second career at Home Depot working as a flooring expert, and loving every minute of it.

Getting back into the workforce isn’t about the money — although he says the extra cash does help keep things afloat. It’s more about staying in the game.

“When you have had a career that required a lot of energy and drive and you stop, you can go downhill. I’m not going to let that happen,” he says. “It’s important to do something that helps you keep your edge.”

His move to Home Depot isn’t as odd as some might think. McCarthy had been a do-it-yourself type of man for years. And his years of experience in high-powered sales didn’t hurt either.

“It’s just customer service in a different way,” he says. “I used to talk to the same people every day. Now I’m meeting everyone for the first time. I used to get commission. Now I get merit badges. My success in sales just goaded me to do well here.”

McCarthy is part of a growing number of too-soon-to-retire professionals who are turning to retail to use their skill sets and stay in the game. “Three or four years ago, the age for a quarter of our workforce was 50-plus. Now it’s just over 30 per cent,” says David Pace, regional human resources manager for Home Depot Canada in Toronto.

A November 2009 study from the Retail Council of Canada (RCC) bears out this trend. “The share of 55-plus workers in retail almost doubled from 1997 to 2007,” says Andrew Siegwart, vice president of membership services for the RCC. “Given the fact that the workforce is aging, and labour shortages are coming, retailers are looking to retired workers from others sectors to play a role.”

Pace says older workers are becoming an increasingly valuable commodity in retail. “For one thing, they set a great example because they want to be there and are not looking at the work as a stepping stone to something else. They also have the patience, the maturity and the ability to deliver great customer service.”

Equally important is the fact that they reflect the buying community. “Many homeowners are in that same age group, and feel more comfortable talking to someone their own age,” he says.

Susan Eng, vice president in charge of advocacy for the Canadian Association of Retired Persons (CARP) in Toronto agrees that retirees are an invaluable resource in retail. “Retailers are learning they don’t have to always target the younger demographic. The real buying power remains in the hands of people aged 45 or older. Older people in retail take the time and understand those shoppers’ needs — and that’s the biggest part of marketing success.”