Even in an online world, the daily mail has its place - CARP
Join Donate Sign In 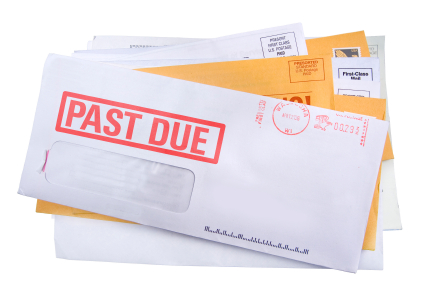 Any time John Rafferty’s grandmother didn’t receive her audio books in the mail from the Canadian National Institute for the Blind, she was quite upset about it.

“It was a really important connection for herself culturally with the rest of the world,” says Rafferty, now the president of the CNIB.

Rafferty remembered his grandmother’s frustration as he considered the threat of the postal strike, and the significance of daily mail delivery in the life of his organization.

Much has changed in how Canadians communicate since the last postal strike 14 years ago. Email, texting, Skype and other forms of electronic communication have become commonplace. Canada Post itself acknowledges a 17 per cent decline in letter mail per address in the past five years and does not expect that trend to reverse.

E-commerce has increased exponentially, too, with Canadians doing much more business online.

But even with those changes, there are still significant needs by many specialized or marginalized groups in particular for door-to-door postal delivery.

Susan Eng, vice-president of advocacy for CARP, the Canadian Association of Retired Persons, says the number of handwritten letters she has received in her role within the organization is “the most extraordinary thing.”

“The postal service remains an important way for people, seniors in particular, to stay in contact with people, whether personally or with us as their advocacy group,” she says.

“I think people who are used to using mail and relying on it would find a postal strike very unsettling.”

Eng sent letters from CARP to each of the 308 MPs elected in the recent federal election and she hopes the correspondence won’t be lost in the MPs’ junk mail.

There is much virtue in the “personal approach,” she says. “I think when you take the time to write, people see it as a signal of greater commitment.”

Canada Post recognizes that Canadians’ online habits have “changed tremendously,” says spokeswoman Anick Losier, but at the same time, people still like getting mail such as Christmas cards.

“There’s something very special about receiving something in the mail, and it’s something people may have forgotten in an era of email,” Losier said.

But more than just personal contact, the mail can also bring vital fiscal support for groups and charities who don’t always have the technological means to solicit online.

“We rely on the mail for donations to come to us,” says Rafferty, noting that 70 per cent of CNIB’s funding is though charitable donations.

Each day of a postal strike would cost the organization between $25,000 and $30,000, Rafferty says. The CNIB spent money recently letting people know of alternate ways to donate (online or by phone) and encouraging people who use its library services to explore other options for reading material.

“One of the biggest challenges when someone loses their vision is that people get isolated, they’re less likely to go out. They rely on the audio service that we provide as a real link for social purposes and cultural purposes to be able to stay connected with the world.”