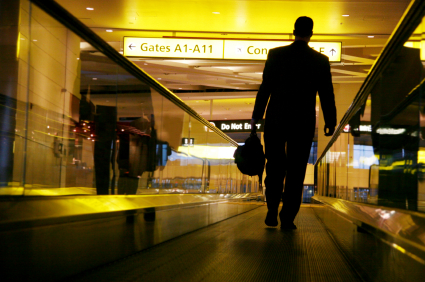 TORONTO, ON: CARP is calling on the Minister of Justice to act quickly on the Throne Speech promise to eliminate mandatory retirement following the release of a Tribunal decision that has thrown the jurisprudence on the matter into confusion and the lives and careers of hundreds of older pilots into limbo.

Today, the Canadian Human Rights Tribunal in the Ray Thwaites case (read the decision here) ruled that a mandatory retirement policy is not a bona fide occupational requirement [“BFOR”] but that age 60 is the “normal” age of retirement for airline pilots.

However, in a bizarre twist that was inevitable in this long running and convoluted saga, the complainants’ lawyer have demanded an immediate correction to the decision dismissing the complaint because it was agreed by all the parties during the hearing that if the complainants failed on the issue of “normal” age of retirement, there would be a further hearing to argue the Charter of Rights and Freedoms. If the pilots won on that point, there would have been no need to argue the Charter. Apparently, Counsel for the Canadian Human Rights Commission Counsel has already contacted the Tribunal to ask them to re-issue the decision to correct the error.

As it happens, the Thwaites decision has been so long in coming that the Charter argument has already been argued in another case and decided upon in the [other] pilots’ favour. So once the Thwaites hearing resumes to deal with the Charter arguments, it is expected that the overriding Federal Court decision will be applied to find the “normal” age of retirement exception [in section 15(1)(c) of the Canadian Human Rights Act] to be unconstitutional and invalid.

As consequence, the careers and lives of Ray Thwaites and the 69 other named pilots continue in limbo.

It is highly anticipated that the decision will be appealed by Air Canada, supported by the Air Canada Pilots Association as it has been throughout the 8 year long judicial process. As a result, many of the pilots will not have the opportunity of being reinstated as captains.

A backgrounder is found below

“The federal government can not act soon enough on its promise to finally get rid of legislated age discrimination now found in section 15(1)(c) of the Canadian Human Rights Act. Pilots forced to retire have led a long, arduous and expensive fight for their right to keep working so long as they are competent and not be forced to retire at a given age. They should not be obliged to keep shouldering the burden of getting public policy change that is long over due”, said Susan Eng, VP Advocacy, CARP

The Thwaites decision is another in a long line of cases challenging the mandatory retirement policy at Air Canada which requires pilots to retire at the age of 60 and section 15(1)(c) of the Canadian Human Rights Act purports to allow it. A Private Members Bill to remove that legislated age discrimination almost made it through Parliament before being aborted by the recent election. The federal government promised in the recent election and Throne speech to reintroduce such legislation to prohibit mandatory retirement for federally regulated industries such as airlines.

Air Canada’s mandatory retirement policy has been challenged in the courts for over eight years by pilots who were unwillingly retired and the pilots have steadily won their case in court, ultimately resulting in the reinstatement in November 2010 of two Air Canada pilots, George Vilven, 67 and Neil Kelly, 65 whose employment was terminated in 2003 and 2005 respectively. Nonetheless, Air Canada and the Air Canada Pilots’ Association pursued their court proceedings to overturn that reinstatement and obtained a Tribunal decision mid July, 2011 that resulted in both pilots being placed on an unpaid leave of absence, with no salary and no pension payments.

The Thwaites decision fully contradicts the July 2011 decision with the completely opposite finding on BFOR but it is unclear whether the Thwaites decision will be applied by Air Canada to change the situation for Vilven and Kelly. Regardless of the ultimate decision in their case – the July 2011 Tribunal decision has been appealed – their careers, and now their finances, will be in limbo for months if not years to come.

For this reason, CARP has called on Parliament to remove section 15(1)(c) of the Canadian Human Rights Act which we consider to be legislated age discrimination. Indeed, the Federal Court has already decided that the section is contrary to the Canadian Charter of Rights and Freedoms and ruled that Air Canada could not use it in defence of its mandatory retirement policy in the Vilven and Kelly cases. It is expected that once the Charter arguments are made again in the resumed hearing in Thwaites [or on appeal], the federal Court will re-confirm its earlier decision.

Ray Thwaites is a pilot with Air Canada. Mr. Thwaites and seventy other pilots with Air Canada were required to retire at age 60 under the Air Canada Pilots Pension Plan. Their retirement dates range from May 1, 2005, to April 1, 2006.

The most recent hearing concluded on January 21, 2010. The long awaited decision was released today, August 10, 2011.

There are two issues that were decided by the Tribunal in this case;

1. Normal Age of Retirement: Air Canada and ACPA had to establish that age 60 was the “normal age of retirement” for airline pilots in Canada to fit in the exemption provided by Paragraph 15(1)(c) of the Canadian Human Rights Act [CHRA]. The specific wording is: “the normal age of retirement for individuals doing similar work”

The Tribunal ruled that age 60 was the normal age of retirement for the years 2005-2009 and therefore Air Canada was entitled to the protection of Paragraph 15(1)(c).

[182] Given this conclusion, the mandatory retirement imposed on the Complainants at age 60 pursuant to the collective agreement between the Respondents by virtue of s. 15(1)(c) of the CHRA does not constitute a discriminatory practice.

The majority of the world’s airlines moved off age 60 mandatory retirement for pilots between 2000 and 2006. After the International Civil Aviation Organization moved the upper age for pilots-in-command from age 60 to age 65 in November, 2006, Air Canada remained the only carrier in Canada to still require mandatory retirement of its pilots at age 60.

In December, 2007, the USA FAA raised its restriction on airline pilots’ maximum age from age 60 to age 65, leaving Air Canada the only airline in North America that still forces its pilots to end their employment at age 60.

Since the Thwaites case was argued, the Federal Court of Canada has ruled in a related case that Paragraph 15(1)(c) of the CHRA contravenes the Canadian Charter of Rights and Freedoms and therefore is unconstitutional and of no force and effect.  So whether or not the Tribunal in Thwaites had decided that Paragraph 15(1)(c) applied to protect Air Canada, that paragraph would have no effect according to the recent Federal court decision. However, that now requires a further hearing to confirm that the Federal court determination of the Charter issue is binding in this case and reinstatement of these pilots and damages will be sought on that basis.

To put an end to this long and arduous process that would be required of each and every other Air Canada pilot and any other employee retired under a mandatory retirement policy, CARP has called on the federal government to remove Paragraph 15(1)(c) of the CHRA to confirm the judicial finding that it is unconstitutional and have it apply to all employees in federally regulated industries.

A private members’ bill to make that amendment got through the Committee stage before the election call terminated the legislative process. Even while the Bill was still in Committee, the pre-election budget contained a promise to introduce that amendment. The promise was contained the government’s election campaign platform and repeated in the Throne Speech and post-election Budget.

Federal legislation to fulfil the promise to remove Paragraph 15(1)(c) of the CHRA is anticipated in this session of Parliament. It cannot come soon enough.

However, even if that takes place, a related series of proceedings is examining another exemption for age discrimination.

An apparently discriminatory policy may be permitted if it is determined to be a “bona fide occupational requirement” and another recent Tribunal decision [July 2011] held that Air Canada’s mandatory retirement policy qualified. That decision was immediately appealed and based on today’s Tribunal decision, …

Unfortunately Air Canada has already acted to suspend the two pilots who were reinstated just last November Air Canada. They are on unpaid leave without salary or pension income.

The July 2011 decision is under appeal and despite being contradicted by today’s decision, the matter must go to a higher court for determination.

In the Thwaites case, the airlines case was represented and argued by the Air Canada Pilots’ Association [ACPA]. ACPA argued that it would cause undue hardship to accommodate the rights of the older pilots because the International Civil Aviation Organization stipulation that pilots can fly in heavy jets up to the age of 65, but the other pilot must be under 60 [the “over/under rule”].

The Thwaites Tribunal ruled that the BFOR defence was not available because:

“[343] If the essence of what Air Canada pilots do is flying aircraft of varying sizes and types, transporting passengers to both domestic and international destinations, it is difficult to see how the age of the pilot bears any relationship to the performance of the job.” at page 64 of the decision.”

[344] It is very telling that Transport Canada, the federal regulatory agency responsible for licencing commercial pilots, does not impose any maximum age restriction. In fact, in its submission to ICAO on the question of raising the maximum age of PICs for international flights, Canada’s position was that there should not be any age restriction. Canada has no objections to pilots who are 60 years of age or older holding a medically valid licence from flying within Canadian airspace.

[345] As to the second step of Meiorin, I do not question that the age 60 rule was adopted with an honest and good faith belief. But if it was not adopted for a purpose connected to the performance of the job, it cannot be necessary for the fulfillment of that work-related purpose.

[346] For these reasons, I have concluded that ACPA has failed to satisfy steps one and two of the Meiorin test. The result is that ACPA cannot rely on the BFOR defence provided by s. 15(1)(a) of the CHRA.

(a) any refusal, exclusion, expulsion, suspension, limitation, specification or preference in relation to any employment is established by an employer to be based on a bona fide occupational requirement;

(c) an individual’s employment is terminated because that individual has reached the normal age of retirement for employees working in positions similar to the position of that individual;

(2) For any practice mentioned in paragraph (1)(a) to be considered to be based on a bona fide occupational requirement and for any practice mentioned in paragraph (1)(g) to be considered to have a bona fide justification, it must be established that accommodation of the needs of an individual or class of individuals affected would impose undue hardship on the person who would have to accommodate those needs, considering health, safety and cost.