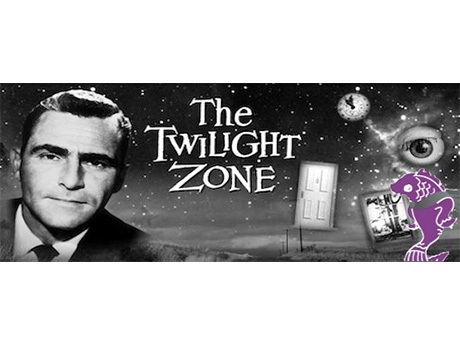 Riddle me this: Canadians say that I am their #1 policy priority and a source of great national pride. Today I am extremely complex, technologically advanced and sophisticated but I have been around in some form or another since prehistoric times.

In case you haven’t guessed, the answer is healthcare. It’s surprising how little government action there is on healthcare given how important we know/say it is. In mid-April, an Ipsos-Reid/CMA poll, healthcare trumped the economy AND jobs as priorities (35% favoured healthcare and 24% favoured the latter), it also placed before debt reduction (15%), education (14%) and the environment (11%) as the top issue for voters in the federal election. Almost two in ten Canadians said they would be “very likely” to change their votes if the party they currently supported failed to present a plan for the future of healthcare.

A May 29th Nanos/IRPP poll reinforces these findings: testing nine possible policy priorities, Canadians placed the highest priority on the federal government working with the provinces to renegotiate the Health Accord. It placed well above tax reductions, cutting the deficit and other priorities respondents found middling in comparison, such as “tough on crime” legislation. Senate reform was seen as being the least pressing and least important policy issue.

Wait a minute – is this the twilight zone? If we care so much about healthcare, why aren’t we even talking about it? Why did Canadians go to the polls on May 2nd without having heard a serious debate about it? We know very little about the government’s plans beyond 2014, when the Canada Health Accord will expire.

They placated the public by promising to extend by two years the Accord’s 6% “escalator” clause that increases yearly healthcare transfers to the provinces. But there are no plans for what happens after 2014.

Amongst Ottawa watchers and industry experts, it’s no secret that the federal Conservatives don’t wish to engage in another multilateral round of talks to produce another healthcare accord. They favour provincial independence and a smaller federal government. They view healthcare as the purview of the provinces and prefer a limited federal role. They have begun and will continue to engage in bilateral negotiations with the provinces over what happens after the expiry of the Accord. Some provinces are willing to have this discussion, but there are big holdouts like Ontario who are calling for all of the Premiers to come to the table and hammer out something together.

While it is true that constitutionally, health care is a provincial responsibility, the Federal government actually operates the fifth-largest healthcare system. It is responsible for the direct delivery of healthcare to more than one million people, including status Indians living on reserves, Inuit, members of the Canadian Forces, the RCMP, eligible veterans, federal prison inmates and refugee claimants. It is also responsible for public health programs and health protection measures such as food safety, regulation of pharmaceuticals, medical devices and consumer safety.

In recent history, many healthcare improvements have been bought by throwing federal money at the problem but this was both unsustainable and undesirable. Now – more than ever – Canadians need leadership from their federal government. While many would have the public believe that the ageing population and the demographic shift creates a doomsday scenario, the more reasonable researchers will tell you that there are many measures that could be taken to maximize the value we get for our healthcare dollars and that reform, innovation and restructuring hold promising potential.

But a ship needs a captain: restructuring a ship as large and complex as the healthcare system will require all hands on deck for a concerted and coordinated effort.

The most valuable currency the federal government can contribute on the healthcare file is not measured in dollars, but rather in our ability to track, measure, assess and evaluate what that money has achieved. Ottawa has the power to “buy” change by placing conditions on the transfers, monitoring compliance and penalizing those who perform poorly.

While it is true that the previous accords, which were to “fix” healthcare for a generation to come, have yet to fulfill the promises made, they did bring about many improvements and promising precedents. Thanks to the Health Council of Canada (HCC) and the Wait Times Alliance (WTA), Canadians have access to frequent and impartial progress reports. The very process of reporting to the public obliges the provinces to agree on definitions, set benchmarks and measure their progress in a meaningful way. This may not seem like much, but when you consider that the alternative is to have governments cherry-pick statistics that mean nothing to the public and boast that they constitute progress (ex: “we’ve built 400 new long-term care beds and hired 100 nurses since 2007)– meaningful progress monitoring and reporting by a third party is of the utmost importance.

In this issue, we also compared CARP member’s experiences with the report. *****While everything promised may not have been delivered, actual progress has been made.

The federal government and the provinces need to get back to that table and renegotiate a successor to the Canada Health Accord. If they don’t, every province will have its own system of self-evaluation and will claim victory at every turn, leaving the public to wonder if their tax dollars are buying actual improvement.

Under Ontario’s “Ageing at Home Strategy”, $1.1 billion dollars was spent but we have yet to see a report on how well it has met the goal of getting people home safely from hospital, placed in rehab or long term care if necessary and/or make sure they can meet their medical challenges at home . Much of the money was distributed among Ontario’s 14 Local Heath Integration Networks (LHINs). The LHINs do not appear to have a mandate for performance measuring and reporting.

As several provinces prepare to drop writs and head into the election cycle over the next few months, expect the self-congratulatory rhetoric to crowd out meaningful dialogue, letting the federal government largely off the hook for now.

Since negotiating and implementing the Health accord nearly a decade ago, we have learned many lessons. The first of those lessons is that throwing money at the problem will not make it go away. To get real results and effective action, the federal government must attach strict conditions and performance measures to its healthcare transfer money.

The public trusts elected officials to navigate the complicated policy issues posed by the healthcare conundrums. Because of the complexity of the debate, we often stay out of the fray, thinking it is enough to state that the issue is important to us. This kind of complacency will no longer do – it’s time for each of us to assume some responsibility for putting this on the agenda and it begins by making this a provincial election issue. We need an open, pragmatic and informed public debate that includes politicians, experts and the public.

Canadians are justifiably proud of their public health care system and believe it promises good quality health care when and where we need it and is equally accessible across the country. The 2003 Health Accords already warned that this was not going to be true for long and fundamental change was necessary. With reports showing only modest progress on achieving the goals of the accords, now is not the time to sit back. It is more important now than ever, that policy makers tell us plainly, what they are going to do to ensure that the public health care system delivers on its promise.