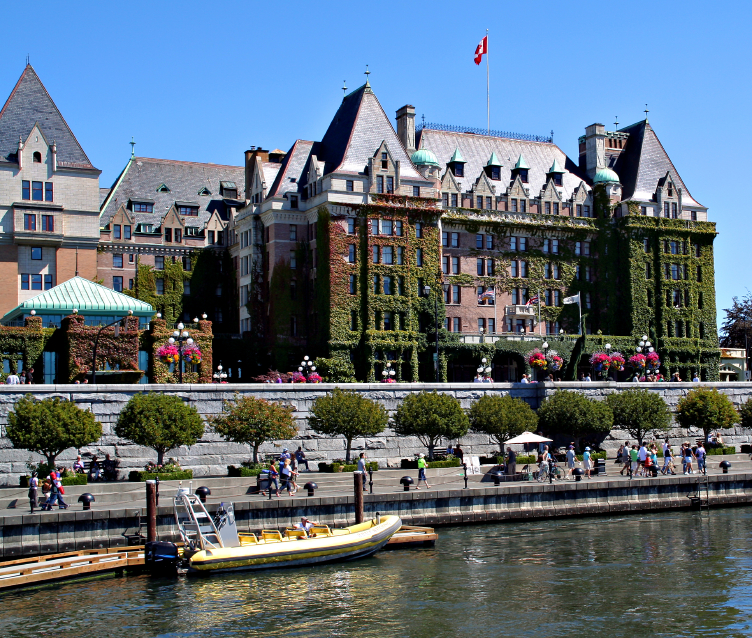 Canadians appear to be reluctant to relocate in their retirement years.

But if they do pull up stakes for more temperate climes, chances are they are heading to Victoria, according to a new report released by Bank of Montreal.

According to the BMO Retirement Institute’s special report on where Canadians plan to retire, 85 per cent of Canadians over the age of 45 intend to stay in Canada in their retirement years — and 15 per cent of all baby boomers intend to retire in Victoria.

“It appears there is going to be an influx of people to Victoria,” said Tina Di Vito, head of the BMO Retirement Institute, noting a combination of weather, finances and family considerations tend to be the key motivators for anyone trying to decide where to live in retirement. “Victoria appears to be the retirement capital of Canada.”

Di Vito said the survey, which surveyed 800 people over the age of 45 across the country, did offer some surprises, notably the lack of Canadians willing to relocate outside of the country. Less than five per cent of those surveyed said they would leave Canada.

“We thought perhaps the [baby boomers] might be thinking of going south or back to Europe or their original homelands,” she said. “But typically when we asked the question folks wanted to retire in their home province.”

“Albertans want to retire in Calgary or Edmonton and their surrounding areas, but next on the list is Victoria,” said Di Vito, noting 39 per cent of Albertans wanted to retire in Wild Rose country while 26 per cent would opt for Victoria.

That does not surprise Victoria real estate experts.

Chris Markham, managing broker at Century 21 Queenswood Realty and former president of the Victoria Real Estate Board, said while the real estate market may have softened there continues to be an influx of retirees coming to the city.

He noted the influx of out-of-town buyers is still dominated by Albertans.

“There are a lot of sales designated as out-of-towners. Toronto and back east are still coming while Vancouver and Alberta are probably neck and neck.”

According to the real estate board, 14 per cent of all sales last year were made by out-of-town buyers, while over the first six months of this year that number has increased to 17 per cent.

“And they have a strong economic impact, it’s a great business for us, retirement business is great business,” said Markham, noting those retirees who do choose Victoria tend to be well-heeled given the cost of housing in the region.

The result is a strong economic ripple through the community, said Bruce Carter, CEO of the Greater Victoria Chamber of Commerce.

“We have a tendency to attract retirees who have a relatively high net worth because of the housing values, and those folks — in addition to contributing to the housing market — tend to offer their support to the arts community and charitable giving,” he said. “We perhaps see more economic impact than other communities.”

Carter said the high cost of housing in Victoria tends to be a filter.

“And I think some people find the housing costs are even higher than they thought when they get here.”

Susan Eng, vice president of advocacy for the Canadian Association of Retired Persons, added that the group of Victoria-bound retirees are not shy when it comes to spending money. They have it, and tend to be discerning consumers.

“This is a group of people who can afford to move, they are well off to begin with and have the freedom of choice,” she said. “They are doing just fine and they don’t want to be dismissed as the blue-plate-special, they are buying luxury goods and willing to pay full price for a grandchild’s toy and will buy top-of-the-line children’s clothes.

“If they are buying homes there, it is likely to be a second home and they will buy that appliance they always wish they had.”

Eng said that extends to hiring staff for home care and work around the homes as well, and businesses would be wise to pay attention to that demographic.

“They are bringing in serious money,” she said. “You cannot treat them like your grandmother’s seniors. They have discerning taste and economic clout and will not put up with patronizing behaviour.”