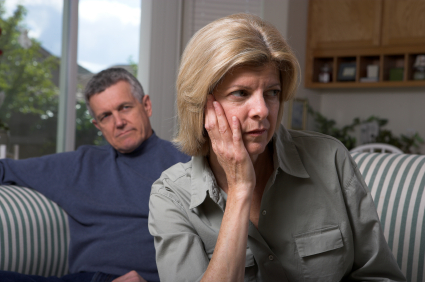 MONTREAL – Divorce is hard enough but seniors who split up in retirement, especially women, can lower their quality of life and end up in debt or even poverty, experts say.

“It’s so difficult for couples financially to divorce to begin with,” said financial planner Marta Stiteler of the Pillar Retirement Group in Hamilton, Ont.

“When you do it in retirement, it’s like a double whammy.”

If a split is amicable, seniors should try to divorce without a lawyer to save money, Stiteler said, but advised that couples should at least get separate legal and financial advice.

Caroline Dabu of the BMO Financial Group said the rate of couples divorcing over the age of 65 has doubled since 1980 and it’s the group that has the highest rate of divorce, she said.

And despite the financial toll of divorce on seniors, some find that after years of being together they have nothing in common after the kids are gone and their working days are behind them, she said.

“They’re realizing, ‘I am going to be spending 25 to 30 years in retirement and I don’t want to make those years unhappy.'”

But married couples who get divorced between the ages of 67 and 80 are projected to have the largest decrease in wealth and the largest increase in poverty, said Dabu, vice-president of retirement and financial planning strategy for BMO (TSX:BMO).

“If you’re in retirement and you’re not working, both of you now have to split that income and are supporting two separate households. That can have a significant impact on your retirement lifestyle,” Dabu said.

“It’s one of the big causes of debt, certainly, in retirement.”

Stiteler said emotion, if possible, should be left out of ending the marriage.

She advises getting an actuarial appraisal of any retirement pensions to find out their value and also said couples need to know exactly what assets, accounts and finances they individually and jointly have.

“It’s really key that as soon as you find out that something’s in the works that you get your hands on whatever proof of assets that exist.”

Susan Eng of the Canadian Association of Retired Persons (CARP) said divorce often affects seniors according to their incomes.

“At the low end of the income scale, divorce can be pretty serious and rarely a positive financial experience,” said Eng, vice-president of advocacy for CARP.

Women can end up in poverty if they have been primary caregivers for children and elderly parents and haven’t been able to contribute much or at all to retirement savings if they divorce, she said from Toronto.

“If they divorce, it becomes a serious issue of how are they going to live. It’s much more serious than for a younger woman because a younger woman at least has the time in front of her to build up her own (financial) capacity.”

Deciding to divorce can depend on how well off the husband is in retirement, Eng said.

BMO’s Dabu said even though it’s not very romantic, young couples and couples embarking on a second marriage should talk about their financial expectations and consider a marriage contract or a prenuptial agreement.

“We know that finances are the No. 1 reason for arguments.”

This article was published by the Canadian Press October 20th 2011 and appeared in My Saskatchewan,  Sympatico Finance, Money.ca, Yahoo News, The Winnipeg Free Press, Divorce Credit Help and the Brandon Sun Online.