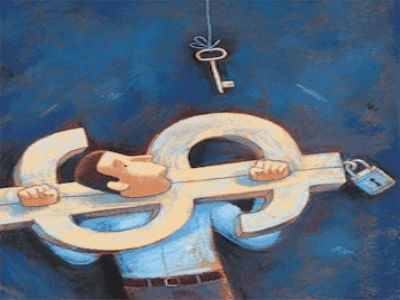 October 21, 2011 – It comes as no surprise in our current economic climate that household debt levels in Canada are rising. What may come as a shock, however, is that debt levels are rising faster among older Canadians than any other age group.

According to a recent TD Economics Report, debt accumulation occurred across the age spectrum in the past decade, but the “bigger surprise is that older Canadians have been growing their debt-loads at a considerably faster rate than their younger counterparts.”

This trend counters traditional life-cycle expectations. “Typically,” the report states, “as an individual prepares for retirement they tend to ease up on the debt accelerator and build up their assets in order to ensure adequate replacement income once they leave the work force. Over the past decade, while average debt-loads in Canada increased at twice the pace of income, the debt-loads of those 65 and older grew at three times the rate and contributed as much as half to the overall debt growth.”

“What’s more, Canadians approaching retirement (i.e., those aged 45-64) also showed an above-average penchant to accumulate debt, suggesting that the trend to holding debt later in life has some staying power.”

Why older Canadians are accumulating debt

A closer look at the numbers shows that a large part of the growing debt burden among older Canadians is due to investment in real estate. Acquiring and investing in real estate has been more prominent than average among the 65+ group, where average holdings have doubled since 2002.

The report notes that older Canadians, like other Canadians, have been lured by the attractive combina­tion of low interest rates and home price appreciation. Indeed, in the past decade, real estate has been seen as a better return on investment than stocks, mutual funds and other savings vehicles.

While debt used to fund asset accumulation is more sustainable than debt for consumption, those aged 44-64 and 65+ years are the only age groups where debt growth has outstripped asset growth over the last decade. For those aged 65+ years, debt grew at a pace that was double that of assets.

Accordingly, the report argues, “most broad metrics of household financial health – ratios of debt-to-income, debt-to-assets and debt-to-homeowner’s equity – have been on a deteriorating trend since 2002.” Moreover, older Canadians are putting a smaller share of their income toward debt repayment, further compounding the problem.

According to Susan Eng, CARP Vice President of Advocacy, “Some seniors may be taking on more risk because they’re unaware of potential future demands on their savings, such as medical and home care expenses.”

“The monthly cost of living in a long-term care facility can range from $1,500 for a publicly funded home to $4,000 or more at private retirement homes. Many couples do not consider that they might have to pay for that in addition to the cost of one spouse living at home when they start borrowing against their homes,” Eng added.

“Their savings were devastated, so now they’re trying to rush to something that’s safer. People are trying to find places to improve their retirement savings … by borrowing relatively cheaply now, investing in something like real estate that at least has some positive returns for the time being.”

However, Eng added that there’s also a bright side to seniors taking on more debt. It shows that retirees are living active lifestyles for longer and they’re optimistic they have time to take a risk.

“We’re not dealing with your grandmother’s senior any more,” she said. “In that sense there should be no surprise they’re keeping pace with everyone else.”