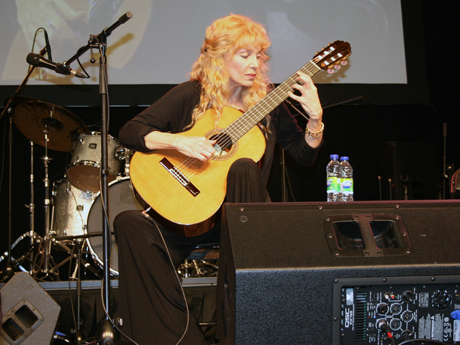 CARP staff are just back and catching up with emails and phone calls after hitting the road for the 2nd annual ZoomerShow at the beautiful Vancouver Convention Center.

Two days of trade show, info and entertainment, with famous faces including Canadian musical icon, Liona Boyd and former NHL  GM, Coach and Player, Pat Quinn taking to the stage and treading the carpets of the show floor.

The Honourable Alice Wong, Minister of State for Seniors, who is also the MP for Richmond, BC was given a guided tour of the event, by CARP VP Advocacy Susan Eng and VP Community Development, Ross Mayot.  The Minister took in some of the entertainment, met with vendors and attendees and discussed the importance of seniors staying engaged and active.

Volunteers from the White Rock – Surrey, Vancouver and North Shore Chapters helped out at the CARP booth, engaging new members and encouraging everyone to get involved in their local Chapter, improving the lives of Canadians as we age.

Plans are already underway for Zoomer Shows in 2012, including Ottawa in May, Calgary in September, Toronto in October and back to Vancouver in November.  Visit www.zoomershow.ca for all the info.