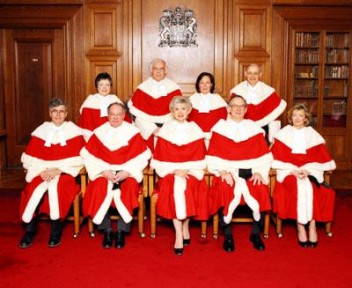 Investor groups and the financial services industry are bemoaning a decision last month by the Supreme Court of Canada that could end once and for all a decades-old effort to establish a national securities regulator.

The Canadian government had asked the court to rule on the constitutionality of the establishment of a federal regulatory body akin to the Securities and Exchange Commission.

The court nixed the idea, leaving both industry interests and consumer advocates to ponder the next step in streamlining what is seen as an inefficient system of 13 provincial and territorial regulators.

“We remain tied with Bosnia and Herzegovina as the only developed country without a national securities regulator,” said Ken Kivenko, president of Kenmar Associates, an investor advocate group.

“We really need a proactive national regulator who can operate at the international level,” said Ian Russell, chief executive of the Investment Industry Association of Canada, which represents 189 Canadian investment dealers.

The court ruled that a national regulator set up under a proposed securities act, similar to U.S. statutes, would infringe on Canadian provinces’ constitutional right to regulate contracts, property and professions.

The provinces of Alberta, Manitoba, New Brunswick and Quebec fought to preserve their local powers.

“I don’t accept most of the common arguments made to attack [provincial regulation] and replace it” with federal oversight, he said.

Regulators in provinces such as Alberta are in close touch with local market participants, Mr. Rice said.

“A lot of that would be sacrificed by a national body thousands of miles from here,” he said.

Mr. Russell countered that the industry would save on compliance costs with one set of rules, and that a single regulator could better handle enforcement cases and guard against systemic risks.

“Enforcement of white-collar crime is very patchy” in Canada, he said, while the provinces “are very locally focused, so they’re not good at identifying a large systemic risk.”

The current system “simply does not work well to protect investors,” said Ermanno Pascutto, executive director of the Canadian Foundation for Advancement of Investor Rights.

“You have to get 13 different districts to agree. It’s like going to the U.N.,” Mr. Pascutto said.

A summary mutual fund prospectus took a decade to adopt, critics noted, and an effort to enact a fiduciary standard of care, similar to the proposal the SEC is considering, faces similar obstacles.

“The system is almost totally harmonious,” he said.

Proponents of the provincial system note that market participants can file in just one province to register securities and use a streamlined system for licensing.

But Canada’s largest regulator, the Ontario Securities Commission, hasn’t opted into the provincial mutual-recognition pact, leaving a significant hole in the harmonization effort.

Ontario, which supported the plan for a federal agency, also stands to benefit as the likely seat for a national regulator, while some of the other provinces worry about losing control, said Susan Eng, vice president of advocacy for The Canadian Association of Retired Persons.

CARP supported the proposal for a federal agency because it included an enforcement arm.

“ILLUSORY” ENFOCEMENT
Provincial enforcement is “illusory, with no payback and no rescinding of any kind of transaction,” Ms. Eng said.

But Mr. Rice said local enforcement “has a better chance of doing a good job [for provinces] versus a large, bureaucratic national organization that has to set national priorities.”

Despite the setback, proponents of a federal regulator for Canada haven’t given up hope.

The court’s decision confirmed that there is a federal role for overseeing capital markets, systemic risk and data collection.

Instead of covering the entire field, a federal regulator could limit itself to what is clearly in its jurisdiction, Mr. Pascutto said.

That would include international trade, Mr. Russell said.

The decision “complicates the argument provinces make in saying [securities regulation] is purely a provincial matter,” he said.

“But it’s an open question whether the decision stiffens the backbones of some of the provinces” in standing firm against a federal regulator, Mr. Russell said.

“My reading of the judgment is that the federal government simply does not have the jurisdiction to undertake day-to-day securities regulatory activity,” Mr. Rice said.