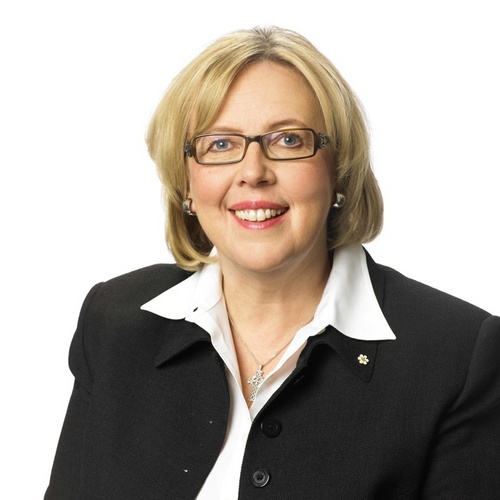 There are few issues as close to our core values as pensions.  We have universal health care and its place as a core Canadian value is indisputable.  Our shared commitment to ensuring that Canadians have the income support required to live our retirement years in vitality and good health is a close second in sacred responsibilities of governments.  Clearly, more needs to be done.  Too many seniors, particularly too many women, live in poverty.  Nevertheless, Old Age Security, Guaranteed Income Supplement and the Canada Pension Plan were never mooted as a target for new policies by Stephen Harper in the recent election, except to commit to greater levels of support.

Following the memorable historical plunge from a high place experienced by former PM Brian Mulroney over threats to alter our pension plans (“Good bye Charlie Brown”), I can only imagine the shock of Conservative backbenchers at home in Ottawa when their boss stepped out on the ledge in Davos.

The contradictions flew back and forth, (the Conservatives spin machine claimed media was incorrectly interpreting his remarks, and then clarifications ensued that pensions would be changed.  Each contradiction was prefaced with “let me be clear.”).

As the dust settles, it seems increasingly clear that Budget 2012 will include a change in which retirement age shifts from 65 to 67.  I had a more or less clear reply from Minister responsible for Seniors, Alice Wong, on this point when I put the question to her in the House.  The only real question about Harper’s intent remaining is whether the changes will be sudden or gradual and over what period of time.  My bet is that the budget will tell 50 year olds to be prepared to work another 17 years.

The question we should be asking is: is this necessary?  The Parliamentary Budget Officer says “no.”  The PBO report issued February 8 states that, having off-loaded 2 % of health care costs on the provinces, Ottawa has room to absorb the bump created be retiring baby boomers.  In fact, the PBO report says we can increase OAS.

Some commentators are wondering why Stephen Harper would risk changing basic entitlements to OAS.  Many assume he both protects his base and keeps his election promises.  This might be a good time for the seniors who lost their savings with Harper’s reversal on taxing income trusts (Halloween 2006) to brief those counting on retirement at 65.  We can push back and protect Old Age Security.  It is time to mobilize. This is no time to retire from activism.

Elizabeth May is the Member of Parliament for Saanich-Gulf Islands, and Leader of the Green Party of Canada.