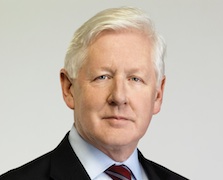 By now you’ve probably heard the Prime Minister say that Canada’s Old Age Security (OAS) program is unaffordable.  His solution appears to be increasing the qualifying age from 65 to 67 and delaying retirement benefits for two years.

Maybe you’re already passed 65 and aren’t worried about these changes.  But whether it’s a neighbour, a friend or your kids, you almost certainly know someone who will be affected.

For many Canadians turning 65 and receiving OAS is the difference between worrying about their financial security every single day and suddenly being able to just get by.  This is especially true for people who receive the low income Guaranteed Income Supplement which is directly tied to the OAS.

Many Canadians have planned their retirement for decades based on the premise that OAS will be there for them at the age of 65.  Changing the rules on them now means destroying years of careful preparation.

Worse still, some provinces tie seniors’ benefits, such as prescription drug cards, to being an OAS recipient.  Waiting two more years for these benefits will be impossible for some people.

So why is the Prime Minister doing this?  It’s about choices and he is choosing to spend billions on new prisons and experimental fighter jets rather than on old age pensions.

Did you know that Canada already has the smallest public pension system of any G7 country relative to the size of our economy?  Cutting back should not even be an option.

The good news is that these changes haven’t happened yet.  There is still time to let your Member of Parliament know how you feel.  Or join the nearly 20,000 people who have signed the Liberal petition to save the OAS at http://lpc.ca/pension
The Hon. Bob Rae, M.P.