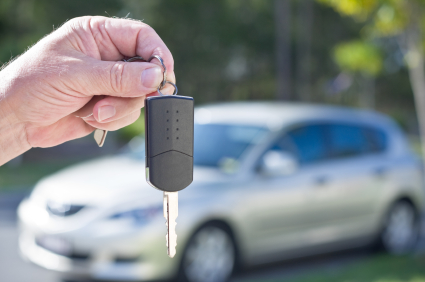 “I think we need to accelerate our attention to it,” Chiarelli said in an interview.

“I believe we are doing that and I would be surprised if in the next six months to a year we didn’t initiate some enhancements to it.”

In the wake of a Star series on drivers with cognitive impairment, Chiarelli predicted there will be a “tightening across the board” of the system that allows many seniors with dementia to drive unchecked.

The ministry is considering making the following changes: better training for family doctors on reporting cognitively impaired patients who drive; more rigorous on-road testing of senior drivers; and the introduction of graduated licensing for some seniors who, like teenage drivers, would not be allowed to drive at night or on 400-series highways.

Ontario is one of the last jurisdictions in North America that has not embraced “degraduated licences” for seniors. This would put limits on seniors with diminished eyesight in the dark or nerves that can’t handle highway speeds.

In the interview, Chiarelli said he has heard both good and bad things about that approach but is open to exploring it here.

The Star’s recent series found that Ontario, along with the rest of Canada, is facing a surge of senior drivers who are suffering from dementia and are losing the cognitive skills to stay safe behind the wheel. Dementia affects the brain’s functioning, creating an inability to work out a complicated decision and, as it advances, a lack of awareness that a decision even needs to be made.

The number of drivers with dementia in Ontario will more than double from about 45,000 today to nearly 100,000 in 2028, according to a Queen’s University study.

In Ontario, family doctors are legally responsible for reporting patients with dementia to the ministry. But one survey by Toronto’s Sunnybrook Health Sciences Centre found that only about 3 per cent of medically unfit drivers who were in serious crashes had been previously reported by their doctors.

Critics say the doctors do not have proper training to decide when to report their patients should stop driving, especially if they are in the early stages of dementia.

“There could be some truth to that,” Chiarelli agreed.

“We should be deliberate and quick. I think there could be better training for physicians throughout the process. There should be more communication between the ministry of health and physicians in this regard,” he said.

“From a personal perspective, I do know that some family members are encouraging elderly relatives to give up their licences. . . . There is more public awareness. A lot more seniors are voluntarily giving up their licences.”

Ninety-year-old Roma Reeves just gave up her Chrysler Sebring. The Mississauga resident called the Star, after reading the stories, to say that she drove for 56 years but voluntarily stopped a week before her birthday in December.

“I was getting nervous behind the wheel. Other drivers worried me. I knew that if I got into an accident and ended up in the hospital, I wouldn’t come out,” she said.

“The worst part of giving up my car is the frustration — that I can’t go and do what I want, when I want. But I tell myself it’s a lot better than being in the hospital.”

Reeves said she now depends upon her children for rides or purchases a package of seniors’ coupons from a taxi company to do her errands.

She issued a polite warning to the government: Toughen up the mandatory driving tests for seniors over 80 because they don’t catch people with dementia.

“The last time I was there I saw a man trying to fill out the form. He couldn’t do it. But a ministry worker was down helping him answer the questions.

Critics say the ministry is not focusing enough on what researchers call the “holy grail” — a scientific test to help doctors spot at-risk patients early on without unfairly targeting others.

Some tools already exist. Others, like the Candrive research project, one of the largest of its kind, is expected to create a science-based tool but it won’t be completed for another two years.

University of Toronto psychology professor Konstantine Zakzanis recently created a 15-minute online screening test that he says will help anyone — from doctors to patients or relatives — recognize the early signs of cognitive impairment.

Zakzanis said it, developed with the Oakville-based Hemisphere Centre for Mental Health & Wellness, will flag problems that might otherwise go unnoticed.

“We have a tsunami of elderly individuals who are going to be at risk for hurting themselves or others,” he said.

As the government focus intensifies, advocates worry that all seniors will be targeted.

“Ageism is the elephant in the room,” said Susan Eng, vice-president, advocacy for CARP, a Canadian seniors’ advocacy group.

Her organization believes on-road tests — rather than an in-office evaluation with a written or computer test — are the “gold standard” because many seniors remain excellent drivers.

“We’ve been pushing for this but the ministry of transportation has been reluctant to hear about it,” she said.

Current on-road tests by private companies cost roughly $550 — a stiff fee for seniors on a tight budget. The test is usually the next step after being reported by their doctor.

Mary Schulz, spokesperson for the Alzheimer’s Society of Canada, said family doctors need more support from the government because an angry patient who refuses to return can create a new set of problems.

“So now they have a patient whose diabetes is going to be out of control, their blood pressure will be out of control — so the family doctor is in a very difficult position weighing out the risks and benefits,” Schulz said.

Early detection of dementia is one simple way to head off that anger, said Dr. Francine Lemire, of the College of Family Physicians of Canada.

Recognizing the signs before they become pronounced allows doctors to have an honest talk with the family about what to expect — and that conversation includes the loss of driving privileges, Lemire said.

“Right then we can begin that conversation,” she said.