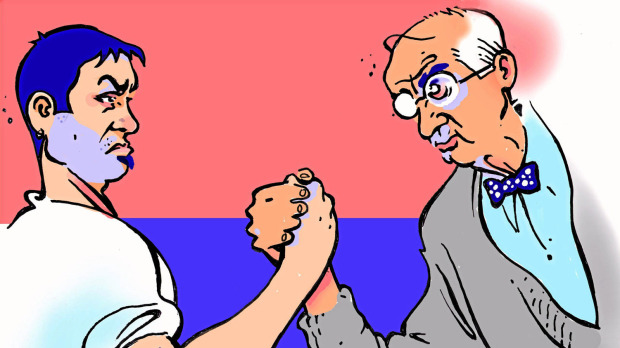 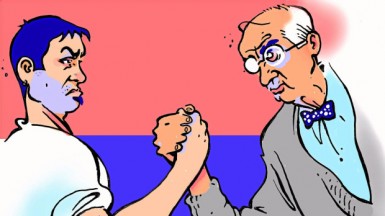 In trying to justify spending cuts in the coming federal budget, the Conservatives must be careful not to further fuel conflict between younger and older Canadians.

Some intergenerational conflict is inherent in any society. The old may begrudge paying taxes to support school boards, while the young may dislike paying taxes that support health care.

But it has become common for governments to blame baby boomers for increases in the cost of public services. The argument is: More older people means more Old Age Security payments, more health-care expenditures and a greater need for social services, along with less tax revenue. Therefore, to control and reduce spending, the biggest bang can be found in programs targeted to the elderly.

Furthermore, the elderly are too often portrayed as dependent, either on government or on family members. Indeed, the federal government argues that OAS reform is necessary because younger Canadians will struggle to support the nation’s rapidly aging population.

Portraying the old as greedy geezers is not only inaccurate but also dangerous. The vast majority of those 65 and older are fully self-sufficient and pay taxes on all their income, including OAS, in the same manner as younger Canadians. Nearly all have saved for retirement, through the Canada Pension Plan, employer pension plans and individual retirement savings, including home ownership. Many continue to work in paid or unpaid employment, often forming the backbone of community and volunteer groups. Child-minding by grandparents is critical for many parents, as demonstrated in just about any schoolyard across our country.

Older Canadians don’t receive greater support from government than do other groups, such as the young who have access to state-funded education. The old may sometimes be seen by the young as privileged and pampered, but then the old may see the young in the same way.

Stoking intergenerational conflict also fails to acknowledge that the young (or middle aged) of today will be the old of tomorrow.

It’s true that the elderly have more health-care costs, but this isn’t so much due to age but rather that the bulk of health-care expenditures occur during the months and weeks before death. That most Canadians die at an old age should be cause for celebration.

It’s also true that old age is changing. Canadians are living longer than ever before, and the employment and retirement patterns of the past need reform. Indeed, this is where government must play a central role.

Old age is being redefined as the baby boomers begin to reach 65 in large numbers. Rather than one group of old people, most experts now see three: the “young old,” 65 to 74; the “old,” 75 to 84; and the “old old,” 85 and over. Each group is different, and each requires different policy interventions.

For the “young old,” governments need to foster, but not mandate, longer working lives by making it easier for workers to gradually transition from full-time work to full retirement. Creative tax, pension, employment and workplace policies that make it possible to combine work and retirement in any number of ways is required from governments.

For the 75-to-84 group, policies should help to ensure healthy lifestyles, and provide individuals with flexibility and knowledge to arrange their financial affairs. For instance, the federal government, in co-operation with financial institutions, could establish a network of free or low-cost community-based services to provide financial advice to the elderly.

For the “old old,” governments should help individuals remain in their own homes. The scope for government action ranges from more innovative zoning and transportation policy to home-care services. Many of the “old old” are women, so gender considerations are essential.

These policies need not be solely targeted at the old. Novel ways to combine part-time work with other activities will be welcomed by younger people who return to school in their 30s or 40s, or those who have childcare or other home-based responsibilities but would also like to have paid employment. New zoning requirements to make possible garden suites (formerly called “granny flats”) will appeal to youth living longer at the parental home or as a rental property.

This month’s federal budget should demonstrate that Ottawa’s approach to an aging population is a comprehensive one that binds together Canadians of all generations, rather than pitting them against each other.