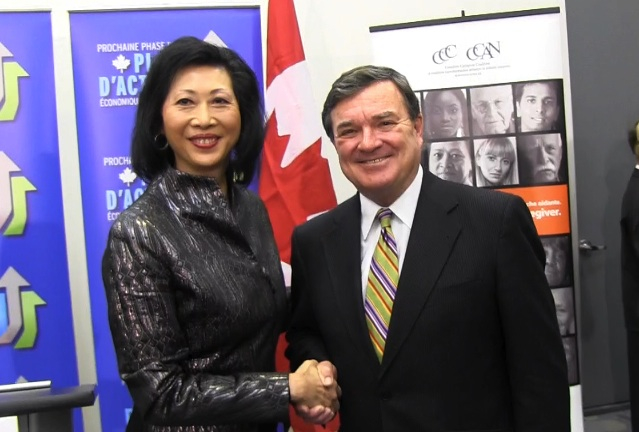 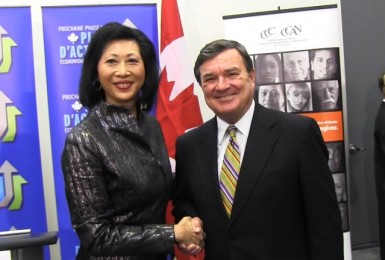 CARP’s very own Vice-President of Advocacy, Susan Eng, was recently named on of The Hill Times “Top 100 Lobbyists”. The list consists mostly of big business, big pharma and professional government relations firm representatives.  Susan in one of the only consumer advocates to make this list of persuasive Ottawa movers and shakers.   What follows is an excerpt from The Hill Times:

There are currently 5,165 registered federal lobbyists. Some are extremely good tacticians and strategists. Some excel at face-to-face meetings. Some know the intricacies of the way governments run and use it to their advantage. Some are excellent communicators, which is a big part of the GR industry. And in the cut-throat lobbying world, lobbyists say there’s no real “best lobbyist,” unless you want to ATIP the Canada Revenue Agency and find out who’s making the most money. But lobbying is much more than that. The lobbyists on The Hill Times’ Fifth Annual Top 100 Lobbyists list possess one or, most likely, more of the above qualities.

“There are two elements of the lobbying universe of what we need to know. You need to know how decisions are made in government—the steps, the timelines, where the decision-making authority lies, the machinery of government—and you also need to know why decisions are made. That’s the political element. As a basic prerequisite to having anything intelligent coming out of your mouth is a fundamental understanding of those two and how they interact. If you look at the list, you see people who have had in-depth experience in the bureaucratic or political worlds or both. It helps to have an interest in politics as well,” one lobbyist, who did not want to be identified, told The Hill Times.

“The more experience you have, the more accurate your expectations. Someone who’s honest with their clients is going to have a better career than someone telling their client what they want to hear.”

In terms of strategy, one lobbyist said it’s about “aligning interests” between the client or association and the government’s priorities in the political climate of the day.

There’s a big difference between changing the government’s mind and making a good public policy decision, however.

For example, one lobbyist said, “government indicates it wants to do A, A is not in my interest, I convince them to do B, and I’ve taken the world to a worse place. Effective lobbying to me is the government indicates it wants to do A, clearly it’s not in my interest but there are other reasons why that may not be the best solution and my job is to make sure that decision makers are aware of those wider implications.”

When governments get public policy wrong, they have not looked at the unintended consequences of a move.

“So if showing them that B is a better way to meet whatever public policy or public good objectives are, and maybe do it quicker, cheaper and faster, that’s a legitimate debate, right? At the end of the day, we’re not the decision maker but if we have provided the decision maker with the most credible information we can, a lot of times, it’s very effective.”

One of the best strategies a former MP, who did not want to be named, said they saw in terms of lobbying was the “David and Goliath” fight between the big banks and the small insurance brokers when bank mergers were the big issue.

“The banks were extremely well-financed and connected to politicians and bureaucrats and had a strong desire to change the regulatory framework. On the other side was the independent insurance brokers who feared the larger banks would be able to absorb the insurance business, which would lead to tied selling,” the lobbyist said.

The insurance brokers set off to engage every single individual MP to get them on their side by outlining how jobs could be lost in their ridings, and what the economic impact would be. “David won,” the lobbyist said.

But losing on a file is not a loss in a black-and-white sense. The government’s decision to block BHP Billiton from buying Saskatchewan’s Potash Corp., is an example of how the political climate trumped what potentially could’ve been a good public policy decision.

“Clearly on that one the political situation both in Saskatchewan and the election timing federally would’ve played into that and the smart lobbyist understands the environment they’re in and tries to position their ask in such a way that’s reinforced by other factors. In a situation like that, the consequences of a ‘yes’ you get wrong are a lot higher than a ‘no’ you get wrong. A no can always become a yes, a yes can never become a no. The path of least resistance politically was to be seen to be defending Potash,” a lobbyist said. “That’s the kind of phraseology that finds its way into the discussions between people who have certain amounts of respect for another.”

Although many of the people on this year’s list are former political staffers or senior bureaucrats who have a lot of connections, effective lobbying is not about “who you know in the PMO.” Insiders say while it’s important to maintain and foster relationships while strategizing for the “long game,” getting by on your Rolodex is not good lobbying.

“I think we have to recognize that the industry itself suffers from a bit of a stigma, you know, backroom, secret, bags of money, undue influence, and all this,” he said. “There’s incidents in the past where I think people have thought that was what lobbying was and they were lobbyists too, [so] it’s a self-inflicted wound. To me, the way I like to characterize it, is that it’s about managing stakeholders.”

Another lobbyist said that good lobbyists “are immune to staff changes, Cabinet shuffles and changes in government. This may be disappointing to certain MPs and activists who enjoy a good witch-hunt, but it doesn’t make it any less true. Our work is an essential part of the democratic process—by giving voice to stakeholders, big and small and of all sectors, we help to level the playing field.”

After deliberations with several political and government insiders, The Hill Times narrowed down the top lobbyists from the thousands who are registered to the best 100.

It takes into account several factors: the lobbyists have to be registered with the Office of the Lobbying Commissioner, they have to be influential with the current Conservative government or have the ability to manoeuvre their way through the federal bureaucracy in order to move their, or their client’s file, and/or they have to represent an organization with clout, not only in size, but with public policy issues at the forefront of today’s political climate. There are also several new “up and comers” and in-house lobbyists who don’t necessarily represent the typical large, corporate Canadian industries, but who are successful in bringing to light important social policies.

The pension issue exploded recently with PM Stephen Harper noting the feds may raise the Old Age Security eligibility age from 65 to 67, but Susan Eng has been ahead of the curve in fighting for and raising awareness on seniors’ issues. As baby boomers begin to retire and their issues become more prevalent, Ms. Eng, as CARP’s VP of advocacy will be one of the leading voices to shape the debate. She is a former co-chair of the Ontario Coalition of Chinese Head Tax Payers and Families which successfully lobbied for a Parliamentary apology to Chinese-Canadian families. Ms. Eng is new to the list.