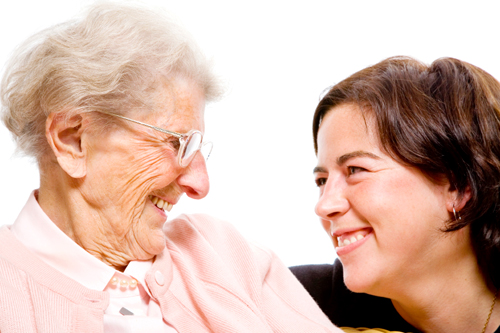 On February 29th 2012, Global News released a three part series on Caregiving.  In the series they address the Compassionate Care Benefit (CCB) program that is supposed to help Canadians who need to take time off work to provide palliative care.   The Global National investigation has found many families who need the money – aren’t able to access it. A parliamentary report released in November 2011 even called for an overhaul of the system, but so far, there has been no action.

Casey Garrah was diagnosed with ALS (amyotrophic lateral sclerosis, or Lou Gehrig’s disease) back in the fall. Just months before the 40-year-old’s symptoms appeared, he was laid off his job, so he has no salary or benefits.

His wife Cathy has looked into applying for CCB, but she doesn’t qualify, one of the reasons being she works part-time at a law firm. Her job status also means she has no benefits or sick leave.

Eventually, Casey’s disease will progress – making walking, eating and even breathing difficult. Cathy will then become her husband’s caregiver around the clock.

She says, “I’ve always told him: ‘We’re best friends first.’ And I’m going to take care of my best friend.”

With two kids to care for, the financial burden has been tough on the St. Catharines, Ont. family. They lost their house just a few days before Christmas, and were forced to move in with Cathy’s parents.

CCB currently only offers six weeks of compassionate leave at partial pay.  Cathy says, “Six weeks for someone who’s dying?  There’s no compassion in that.”

The family is hoping changes are on the way before Casey’s health worsens.

Dawna Friesen interviewed Human Resources Minister Diane Finley about the Garrahs’ plight.  And Shirlee also spoke with Sharon Ruth.  The Ontario mother knows firsthand what the Garrahs are going through after caring for her cancer-stricken daughter.

Some companies realize the importance of offering help to employees who are taking care of sick or dying loved ones.

Carolyn Teves lost her husband Paul to renal cancer in 2009. During his six-year illness, the Burlington, Ont. mother of two says she never once worried about losing her job at GlaxoSmithKline. After taking leaves of absence and sick leave – Carolyn then took advantage of a company program that allowed her to take off 13 weeks with pay. She was able to spend the last two months of Paul’s life as a full-time caregiver and even took some time to grieve through this program.

“We just never knew when the worst was going to come. And knowing I had that ability to take time off to be with Paul at any point during those six years was an absolute godsend really.”

Eighty per cent of Canadian businesses have fewer than five employees, and compassionate leave programs are easier for bigger corporations with deep pockets.

“How uncompetitive are you going to make your business community? You’re just layering cost on cost on cost.”

Since six weeks of compassionate leave may not be enough, many Canadians have been forced to leave their jobs to take care of loved ones.

“It was difficult. (But) it needed to be done,” says Danny Ruth, who quit his job at an engineering firm to care for his daughter when she was diagnosed with cancer in 2004.

Fortunately, Danny was able to restart his career when she recovered.

Allison Williams, a McMaster University professor, says the government has to help both employees and employers better understand the CCB program.

She adds that in order to keep valuable employees, companies will have to innovate. “If there’s a will, there’s a way. A lot of planning for leaves is exactly that.”

“Let’s face it, this is going to happen to most employers. We’re going to experience a tsunami with respect to caregivers in Canada.”

Carolyn Robertson and her brother John Wilson are looking after both of their parents who have Alzheimer’s.  Their father’s disease is progressing and he needs constant care.  Their mother has early onset of the disease.  And the entire situation can be draining.

“You’re so exhausted and have so much fatigue, just the anxiety and emotional drain that you feel. Basically, you’re giving so much of yourself that you have very little time for self care,” Carolyn says.

Both parents are in a long-term care facility, that Carolyn and John say provides enough support.

But John, who runs his own financial planning business, wishes he had prepared for the future better.  “I’m wishing right now we had had long-term insurance in place for my parents because the cost of the facility and so on would have been covered.”

There are organizations, including the Alzheimer’s Society, offering support, but with just a patchwork of programs across the country, many caregivers are at risk of burnout.

Richard Jamer, whose wife has dementia, says, “You’re it 24 hours a day, seven days a week.”

“I do have family that can step in, in an emergency, but what is it you do if someday you’re not able to do that?”

He has since reached out to a non-profit home and community care organization.  Volunteer Dorothy Wincey says it’s the simple acts that make a big difference.  “You help them put things to bed. Whether it’s to go see a lawyer, mend a broken friendship…there are so many alienated and isolated seniors.”

Sharon Baxter of the Canadian Palliative Care Association says Canada should take a “holistic” approach to compassionate care, one that doesn’t rely solely on taxpayer dollars. She says more money should go toward programs like Meals on Wheels, or other non-profit organizations that help sick people.  Baxter doesn’t believe the answer lies in hospitals.  “I don’t think we should look to our federal or provincial governments to solve this problem. We need to solve this problem.”