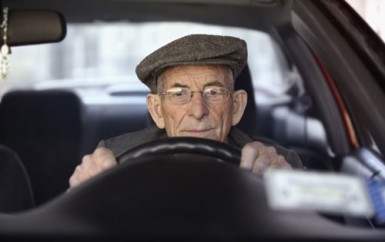 VANCOUVER — The government needs to do a better job of explaining a computerized driving test for seniors suspected of cognitive impairment, Solicitor-General Shirley Bond said in an open letter Tuesday.

The 45-minute touch-screen exam, called Driveable, has angered seniors who say it is unfair and an inappropriate way to assess a generation less familiar with technology.

Earlier this month, more than 150 people filled a seniors’ centre in Powell River to voice concerns about Driveable.

The test is not a driving skills exam but a test of cognitive functions like memory, attention span and spatial reasoning that can decline with age.

Bond said she’s asked the superintendent of motor vehicles to develop an outreach plan that will explain why drivers must be medically fit to drive and demonstrate how the Driveable assessment works.

“Driveable is one of the tools we use to help us make those decisions in a fair and reasonable way.”

Introduced in 2005, Driveable was expanded to the entire province in 2010.

During the test, drivers must react to scenarios — for example, will a jogger cross the street? — on a moving screen by answering multiple-choice questions with the press of a button.

Victoria resident Geoff Barnard, 86, who is competent with computers, said he was completely frazzled by the end of the test he took two years ago.

Barnard said the problem is that the compressed view on the computer screen does not provide a realistic representation of driving situations.

He said if the province is going to test seniors using a computer, they should do it using a full-sized simulator with a steering wheel, brakes and a gas pedal.

Barnard said he also knows of two seniors who failed the test but passed on a second try, which does not make sense if it’s testing cognitive ability. Practicing should not improve your score, he noted.

That’s true, said provincial officials, who noted the improvement could be related to other health issues that have been corrected, such as thyroid deficiency and the effects of too many prescription drugs.

Barnard said there is a lot at stake for seniors. “They say losing your driver’s licence takes away your independence — you’re darn right it does,” said Barnard, who just bought a new car, a 2010 Hyundai Elantra.

At age 80, every driver in B.C. is asked to complete a driver medical examination with their doctor.

Only those who have been identified as having cognitive issues are referred to take the Driveable test, said Stephanie Melvin, deputy superintendent of motor vehicles.

Melvin contended that without the Driveable assessment, the superintendent of motor vehicles would have to base driver fitness decisions on a doctor’s medical diagnosis, which means more drivers would lose their licences.

However, he said he thinks the concerns can be resolved.

Allow seniors to become familiar with the touch-screen computer assessment before being tested, and have ICBC administer road tests, not private instructors, he said.

Melvin said only DriveWise-certified instructors can test the drivers identified in the Driveable assessment because they are testing for cognitive problems, not driving skills.