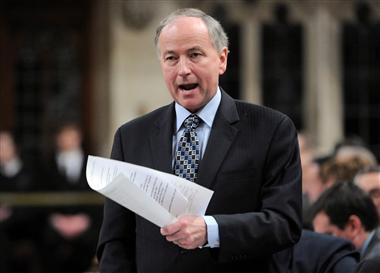 OTTAWA – The federal government is set to introduce tougher sentences for those convicted of elder abuse.

The Canadian Press has learned that Justice Minister Rob Nicholson and seniors minister Alice Wong are to announce amendments to the Criminal Code on Thursday in Toronto.

The stiffer sentencing provisions were among the Conservatives’ promises during the last election campaign, and were also mentioned in last year’s speech from the throne.

“Our government will continue to protect the most vulnerable in society and work to prevent crime. It will propose tougher sentences for those who abuse seniors and will help at risk youth avoid gangs and criminal activity,” the throne speech stated.

Research by academics, Statistics Canada and seniors’ advocates suggests that almost one of every 10 older Canadians experiences some form of abuse.

But much of it goes under-reported. Statistics Canada said in 2009 that about seven in 10 crimes against older Canadians are not reported to police, mainly because victims didn’t think they needed help.

In the rare instance when someone is convicted of abusing an elderly person, sentences are often lenient, says Susan Eng, who heads up the CARP seniors’ advocacy group.

She points to the case of a Moncton, N.B., woman who died from neglect in her living room chair. Her daughter pleaded guilty to failing to provide the necessities of life, but was granted day parole after serving eight months of her four-year sentence.

“Currently, there is no cohesive strategy for dealing with elder abuse in Canada or bringing to light the pervasiveness of the problem,” says a recent report by CARP.

By imposing stiffer jail terms on offenders, the federal government is sending a signal to other levels of government and to police that elder abuse needs to be taken more seriously, Eng added.

“This is really meant to be a leadership piece. By no means is this, by itself, enough,” she said in an interview.

“Given the kind of lack of … legislative attention to elder abuse up until now, the fact that a minister of the Crown stands up in Parliament and says ‘Look, I’m taking a step within my jurisdiction as to what I can do,’ is a massive advance.”

But critics say throwing abusers in jail for longer periods of time won’t do much to alleviate the problem.

The NDP’s seniors critic, Irene Mathyssen, says the government is actually exacerbating the problem it claims to want to fix.

“It is so easy for them to just throw everyone in jail and ignore the problems,” Mathyssen said in an interview.

The parliamentary committee she sits on is in the midst of a study on abuse of older women, and has found that the roots of abuse often lie in poverty and poor living conditions.

But instead of looking for ways to improve home care, long-term institutional care, or affordable housing for seniors, the Conservatives are planning to cut old age security and effectively increase the retirement age, Mathyssen said.

Government should be working with police, judges, caregivers and anyone in frequent contact with seniors so that they have the tools to deal adequately with elder abuse, Mathyssen said.

While Eng is supportive of tougher sentences, she also wants Ottawa and the provinces to do more.

Eng says all levels of government need to co-operate so that they can set up an elder abuse hot line, define clear guidelines for action and intervention, boost caregiver support, create specialists to investigate crimes, and ensure victim support.

Still, the federal Conservatives argue that lengthening sentences for abusers is not the only thing they’ve done to prevent elder abuse.

They point to their creation of a national seniors council, the establishment of a federal elder abuse initiative to raise public awareness, as well as $13 million in the 2008 budget to help seniors recognize the signs of abuse.