Budget a downer for seniors - CARP
Join Donate Sign In 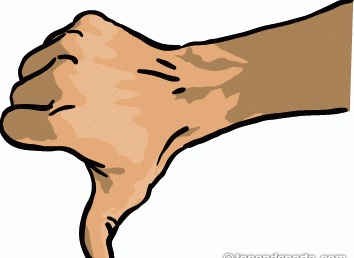 This article was published by Advisor.ca on March 29th 2012.  To see this article and other related articles on Advisor.ca website, please click here

Aside from his $110 brogues, Finance Minister Jim Flaherty’s budget had little that was new for the nation’s senior population.

Even the push back of the age of eligibility for OAS from 65 to 67, which comes into effect in 2023, doesn’t affect current recipients or those nearing retirement.

Financial types are largely underwhelmed, some even disappointed, by parts of the budget that relate to seniors and retires.

Susan Eng, vice-president, advocacy, at the Canadian Association of Retired Persons (CARP) says “The prospect of waiting two additional years before receiving OAS has alarmed especially low income earners who do not readily see how they can change their circumstances no matter how long it takes to phase in the changes.

The OAS change doesn’t affect those already receiving it. Those aged 54 or older by March of this year won’t be impacted. Further, people can voluntarily defer payment for up to five years after age 67 to yield a higher OAS income.

On a positive note, “The Government will improve services for seniors by putting in place a proactive enrolment regime that will eliminate the need for many seniors to apply for OAS and GIS,” says Eng.

The measure will reduce the burden on seniors of completing application processes and will reduce the Government’s administrative costs. Proactive enrolment will be implemented in a phased-in approach from 2013 to 2015.

But the fact that the Government left many other retirement income tools unchanged, and therefore unimproved, in its seventh budget didn’t go unnoticed.

Ian Russell, CEO of the Investment Industry Association of Canada says he is disappointed that the Government left the registered retirement income funds (RRIF) alone.

“We were looking for more flexibility in the minimum RRIF withdrawals that you have to make each year you are alive so they can tax it,” says Russell. “You have to give Canadians more flexibility; they don’t want to drag money out when markets might be good and they want to keep their money in and invested.”

The Budget did not announce any changes to RRSPs either, another disappointment for Russell. “If they are going to accept and acknowledge the demographics pertaining to living longer then you shouldn’t be forced to transfer out of RRSPs into RRIFs at age 71.”

Russell recommends pushing that threshold to 73 or beyond. “Let people keep their savings in sheltered funds like RRSPs and not put them into annuities.”

Under the current withdrawal rules, retirees who have an RRIF must withdraw, and pay income taxes on, a minimum amount from their registered account each year.

There are no changes to CPP contribution rates and Ottawa is moving forward on the implementation of Pooled Registered Pension Plans.

Financial experts say all this points to just one thing: the increased importance of financial planning.

“You should be working with an advisor, doing your financial planning so that when the changes occur, such as the OAS program, you are able to evaluate what those changes mean and adjust your financial plan [accordingly],” says Murray Pituley, tax and planning expert at Investors Group.