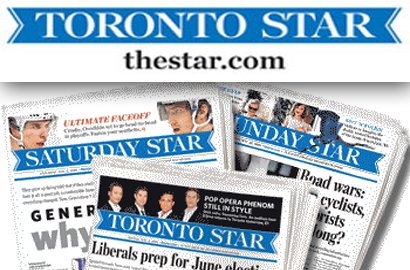 Senior drivers are getting a bad rap and are much safer on the road than many experts believe, says a commentary published by the Canadian Medical Association Journal.

“I have not seen a shred of evidence to show that older drivers are less safe,” said Hauer, editor emeritus of the University of Toronto’s civil engineering department.

With society rapidly aging, senior drivers’ rights are coming under sharp focus. It’s a controversial, emotional issue. A recent Star investigation found that Ontario’s transportation ministry was ill-equipped to deal with the approaching “grey tsunami’ — especially those with dementia.

Hauer decided to write his commentary, “In defence of older drivers,” after years of listening to medical experts claiming that seniors are unsafe drivers.

He agrees that drivers with dementia need to be restricted but he argues that the rest of the senior population has been maligned by “misleading” information, including a previous editorial by the same periodical that published his commentary. The previous editorial said the ability to drive safely decreases with age because of the “growing list of medical conditions that can affect fitness to drive.”

Hauer said his research revealed that the types of accidents that seniors experience are more often reported to police and end up in statistics studied by researchers looking at aging drivers, he said.

He found that seniors spend more time driving on streets as opposed to freeways and the crash rate on streets is higher than that on highways, the study said.

Crashes in which injuries occur are more often reported than those with just property damage and seniors, who are typically more frail than younger drivers, are more often injured in crashes.

As well, seniors report their accidents “more fully” than other drivers, says Hauer.

The belief that seniors have a higher risk of accidents due to an age-related decline in their ability to drive is “but a house of cards,” Hauer said.

As a result, Hauer said there is no need for a rush for governments to create new policies, like graduated licences that limit driving.

On Monday, the Canadian Medical Association Journal also published a new editorial that pushed for graduated licences for seniors, much like those for teenagers.

Dr. Donald Redelmeier, one of the editorial’s authors and a professor of medicine at the University of Toronto, said he agreed with Hauer that the vast majority of senior drivers are very safe. But for those who have medical conditions, like dementia, new rules to ease them out of driving can keep roads safe, Redelmeier said.

Graduated licences could limit certain seniors to city roads, instead of highways, or driving during daytime hours instead of in the dark.

“Just like graduated licences for young drivers, the principle is to prevent trauma rather than to await a series of incidents before taking any action,” the editorial stated.

One in four Canadians over 65 with dementia keep their drivers licences and one in five continue to drive regularly, the editorial said.

“We have been calling for them for years,” Eng said. “It is high time the government got to work setting up the process.”

She said Hauer’s opinion on safe senior drivers was very important because it shows that with a bit of help — easier-to-read signs and better street lights — elderly drivers can continue to stay independent on the road.

“I hope this will lead to a strengthening of programs to assist seniors with those challenges.”