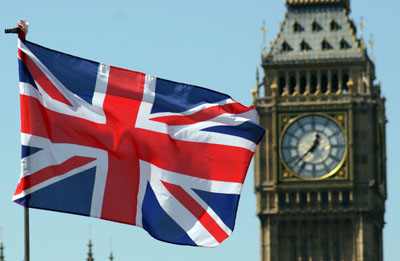 June 15, 2012 – If you’re one of almost 600,000 British overseas pensioners, then you’ve never received an inflation adjusted increase to your UK pension. Unlike British pensioners in the UK, US, or the EU, British pensioners living in Canada or a number of other commonwealth countries have lived with frozen pensions, despite contributing on an equal basisduring working life in Britain.

Annual up-rating is paid to pensioners resident in UK, pensioners living in the European Union, and to those living in the USA, Israel, Bosnia-Herzegovina, Turkey, etc., (in total 50 countries).

The problem comes down to a lack of bi-lateral agreements between the UK and other countries and the UK’s unwillingness to pay to up-rate frozen pensions. There is justifiable resentment by UK pensioners who worked and earned their pensions in the UK, only to be treated differently from their counterparts in the UK, US, and EU.

A number of UK pensioners in commonwealth countries have sued the British government in the European Court of Human Rights (ECHR), and raised petitions with the British Parliament.  And, the UK expat group (The Canadian Alliance of British Pensioners) has initiated an online petition aimed at the UK Parliament. They have 20,000 signatures thus far and are hoping for 100,000 by September 2012.

Earlier judgments (Court of Appeal, UK House of Lords) came to similar conclusions. In general, the conclusions are that state pensions are under no obligation to index funds for citizens that choose to reside outside of the home state. And, that the grounds for comparing a UK pension across various jurisdictions is too complex to conclude that pensioners in one state are better off than pensioners in another state i.e. (a UK citizen living in South African might be better off on an unadjusted pension than a UK pensioner in the UK on an adjusted one). The question of fairness is too complex to answer, according to these judgments.

The only way to mandate legally up-rating pensions is through reciprocal agreements with other countries. Agreements with Australia, New Zealand and Canada came into force in 1953, 1956 and 1959 respectively, but these did not require payment of up-rated pensions. The agreement with Australia was terminated by Australia as from 1 March 2001, because of the refusal of the United Kingdom to pay up-rated pensions to its pensioners living in Australia

In order for UK pensioners in Canada to receive an up-rating, the British and Canadian government would have to agree bilaterally to the same pension standards, in which Canada would have to treat Canadian expats in the UK the same way we treat Canadians at home and vice versa. The choice, at this point, is political, not legal.

CARP has raised the issue with officials in the Finance Minister’s office – as CARP has done over the years – and is awaiting official response.