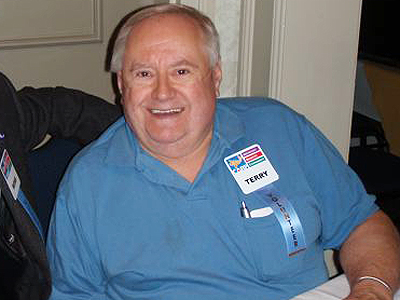 Monday June 18th, 2012 –  The entire family of CARP and ZoomerMedia Limited were shocked and saddened to learn this morning, about the passing of the dedicated and long-serving CARP volunteer, Mr. Terry Little.

Terry served for many years on the board of the Brantford, Ontario CARP Chapter. At the time of his death he held the position of Vice-Chair and immediate Past-Chair, and was instrumental in the planning, execution and success of the annual Brantford Seniors Resource Fair and many social and informational events for CARP members and seniors in the community of Brantford.

Terry was passionate about the mission of CARP and worked diligently to improve the lives of Zoomers in his community. Despite his challenges, Terry’s work ethic and involvement in CARP were an inspiration to our office and the broader community of CARP Chapters and volunteers across Canada.

Terry was a long time enthusiast of Tropical Fish, and a member of the Brant Aquarium Society. He was actively involved with the Canadian Association of Aquarium Clubs for many years holding numerous executive and board of directors positions. For years he served as a long time Judge at many Tropical Fish shows held in Southern Ontario and he also ran his own fish store for a number of years.

The Brant Aquarium Society has posted this photo collage of Terry on their website:

Terry died from complications of his life-long struggle with spina-bifida early last week. We are awaiting details on a memorial service expected to take place in Brantford this coming weekend.