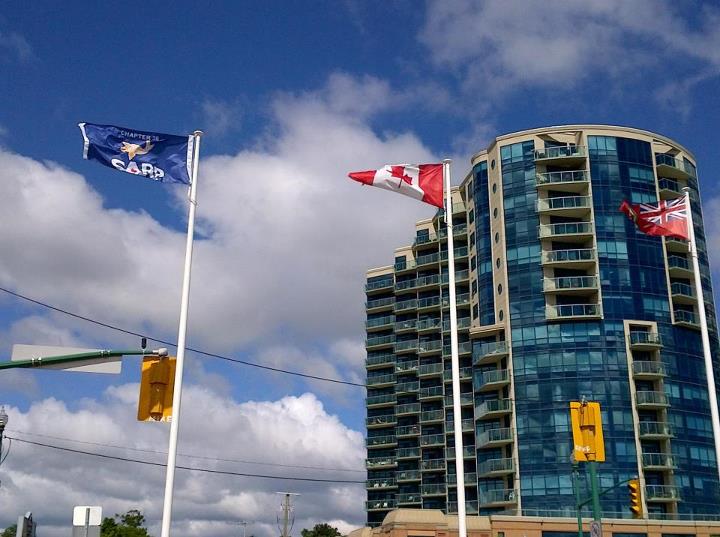 The Mayor of Barrie, Ontario proclaimed CARP AWARENESS WEEK and raised the CARP flag at a civic ceremony on the shore of Kempenfelt Bay to increase the visibility of the Barrie Chapter and their work in the local community with an emphasis on their advocacy for senior’s housing.

MP, Patrick Brown and Barrie Mayor, Jeff Lehman were in attendance with the mayor calling CARP “a force to be reckoned with” as he proclaimed, “CARP Awareness Week.”

CARP chapters will follow the lead of the Barrie Chapter and have their flag raising at City Halls across Canada on October 1st in conjunction with National Seniors Day.