Pension Reform - Where to Next? - CARP
Join Donate Sign In 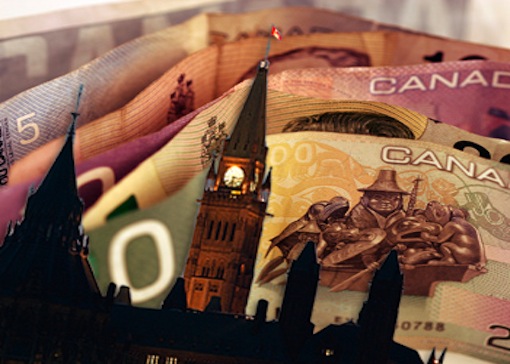 October 5, 2012 – Concerns about public-sector pension plans are growing. Plans across the country are struggling with contribution shortfalls and solvency issues, while ongoing economic uncertainty has drawn considerable attention to the robust pensions many public employees receive, with shortfalls topped-up with tax dollars.

This issue has been especially glaring at the federal level. Currently, MPs and senators contribute around $11,000 a year to their own pensions, while taxpayers- as their employer –  add about $64,000 for each pension plan. According to the Canadian Taxpayers’ Federation, the public contributes more than $24 for every $1 contributed by MPs. MPs currently need only to sit as MPs for six years before becoming eligible for a full pension, as early as age 55.

Avoiding a race to the bottom

The public outcry over public-sector and political pensions is understandable. Most Canadians struggle to save for retirement and over 8 million Canadians don’t have pension plans at all.

It is legitimate to debate whether politicians are paid too much. But the form that the compensation takes – salary or pension benefit – is the wrong target. Instead we should be asking whether the model of pension coverage should be available to everyone else. So the answer to the problem of pension coverage discrepancy between the public and private sectors lies in further pension reform and giving all Canadians a better retirement system, rather than tearing down existing pension plans. The goal of pension reform should be universal pension plans for all Canadians, not a race to the bottom.

On that front, the government of Ontario may be moving towards a new public-sector pension plan model that shifts away from the current broken model in which public employees under-contribute and tax dollars plug the gaps.

Ontario is proposing to create two large pension funds to house and manage public sector pensions. The two funds combined would manage an estimated $60 billion in pension assets. According to early reports, just one of the plans would house $46 billion in assets, making it the third largest public-sector plan in Ontario, behind the Ontario Teachers’ plan and the Ontario Municipal Employees Plan.  In addition to the proposed public super-fund, public employees will likely be expected in increase their contribution in a move needed to eliminate shortfalls in plan funding.

The principles underlying the super-fund proposal line-up with CARP advocacy on universal pension plans, including pooled contributions for greater economies of scale and investment return, lower administration costs, and of course, the maintenance of defined benefits rather than defined contribution plans. In effect, the new model that Ontario is discussing for public-sector plans could and should be extended to all Canadians.

Pension reform for all Canadians

CARP’s principal focus with regard to the larger issues of pension plan coverage and savings adequacy has been on the 3.5 million middle income earners working for smaller employers and the 4.9 million earning less than $30,000 per year. This grouping of 8.4 million Canadians tends not to have workplace pensions and is most likely to have not saved adequately for their retirement.

RRSPs have not been the answer to retirement security and another voluntary option such as the PRPPs is unlikely to improve savings. Canadians now contribute $34.4 billion to RRSPs, which is only 4.5% of the total room available to eligible tax-filers. In effect, Canadians already leave $738.1 billion dollars of RRSP contribution room untouched. We need to examine why even the incentive of tax deferred savings has not attracted more savings. Another voluntary product such as the PRPPs, no matter how well marketed would not appear to be much of an improvement on the status quo. Other factors, such as matching or mandatory minimum employer contributions or defined benefits may be more important than a tax deduction or even pooling risks and lower fees.

That’s why CARP has consistently called for a supplementary Universal Pension Plan modeled on the CPP with mandatory enrolment, utilizing the existing payroll deduction mechanism, professional management, a governance role for the members, a mandate that is focused entirely on optimal performance and independence from government or any single employer. Defined benefits (DB) are also essential to achieving all of these goals.

In the current political and economic climate, with public plans squarely in the public eye and with ordinary Canadians looking for ways to save, the stage is set for real pension reform that fixes the broken public sector systems while giving all Canadians access to a safe, universal pension plans that focuses on pooling investment assets to achieve the robust returns, limiting administrative costs, and offers target or defined benefits. Now is the time to clean house and move ahead on real pension reform for all Canadians.