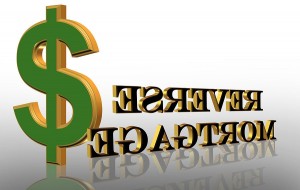 for this article was an AARP website video that presents a soon-to-be homeless man’s sobering plight after a lender convinced his wife to be the sole titleholder of a reverse mortgage. Unfortunately, the more elderly spouse died one month after signing the contract, and the full demand loan, including compound interest, became immediately payable.  The early death of an older titleholder is one of the risks that Susan Eng, Vice President of Advocacy for CARP, A New Vision of Aging for Canada, discussed in an exclusive interview with CreditCards.ca.

CreditCards.ca: What groups of people might profit from reverse mortgages?

Susan Eng: Reverse mortgages are not for everybody. For people who have no heirs, who are relatively late in life already and who would just like to enjoy life as the ads would have you believe, then sure, by all means. But people really have to think about these opportunities. There’s no such thing as free money.

CreditCards.ca: In a nutshell, what are the pros and cons of reverse mortgages?

Eng: With a reverse mortgage, you don’t have mortgage payments, but the whole debt is paid back when you transfer title for your home or die.

The biggest problems with reverse mortgages start with costs. People have to calculate very carefully the net cost at the end of the day, as compared to a normal mortgage or line of credit. In the United States, and to a lesser extent here [in Canada], another issue is whether the value of the home covers the mortgage. That is a critical concern as well, because if the equity is insufficient, the lender can go after estate assets and possibly more.

The second thing is people worrying about whether they can leave an estate for their kids. This idea of skiing [in retirement] is bit of a tongue-in-cheek comment on spending the kids’ inheritance. But that is only humorous if you think that you’re going to have enough to live on while you’re alive. With a reverse mortgage, you can use up all the funds from your house for whatever it is that you take the money out for, and the question becomes: “Will you have enough funds and major assets to look after your needs, especially as you get older?”

A lot of people are living longer and healthier lives, but things happen. When they do, the cost of long-term care is astronomical, whether the person is in the home or in an institution. Canadians get ‘sticker shock’ at that point, because we’re used to not having to pay massive out-of-pocket bills for health care. Americans have a greater sensitivity because they know what these health care items cost, and they’ve set aside insurance to deal with it. But here in Canada, it’s a big surprise.

CreditCards.ca: Do you have any CARP statistics about consumer lending?

Eng: CARP surveys our readers through an online newsletter every two weeks. Most CARP members are already retired and seem to be a very sensible group that doesn’t take on much debt. You recall recently that there was some commentary on people taking on additional debt. We asked our people if they did, and they weren’t like that. Here are some of the numbers for the question “Apart from your mortgage, are you carrying any debt over $1,000?”

So, our subset of people tends to be very conservative in that way. We asked the additional question, “Have you taken on additional debt in the past year?” Seventy-three per cent said no. For the 27 per cent who did take on debt, the biggest expenditure was to renovate their homes (7.8 per cent), so they’re borrowing to build up equity in their homes. Day-to-day living expenses were 7 per cent, while the travel and recreation crowd was not a big percentage, at only 3.6 per cent.

The ones who are borrowing for the day-to-day expenses are the ones you want to worry about, in terms of what will happen in the event of needing more money.

Eng: Only 2 per cent said a reverse mortgage was the source for their funds. Everybody else got a line of credit. Our crowd seems to be a very sensible, conservative and fairly well-off group, compared to people who might look to reverse mortgages as last-resort financing. And the latter are the ones who shouldn’t be taking out reverse mortgages.

CreditCards.ca: Do you have any other advice about reverse mortgages?

Eng: I think that a lot of people get well on in years before they get a clue about financial literacy, when early schooling would have helped. A separate advocacy issue has been to focus on retirement savings plans. People aren’t saving enough for their own retirement, so they’re turning to reverse mortgages as a last resort.

That’s part of the longer process, and that’s our advocacy of providing other options, encouragement and knowledge to provide better for their own retirement, so that Canadians are not caught at the last minute with what we consider desperate measures.