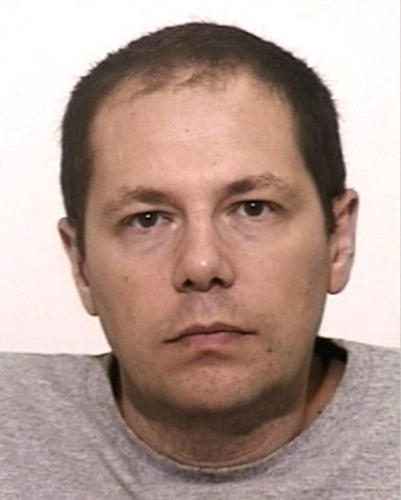 A Toronto nursing-home worker convicted of sexually assaulting an elderly female resident is serving a 12-month jail sentence for the crime.

Leonid Kozlov, 47, pleaded guilty to sexually assaulting the 71-year-old woman, who suffers from severe dementia, after he was caught by a co-worker with his pants halfway down his legs, pressed against the woman’s back.

Advocates for seniors say the sentence doesn’t do the crime justice.

“We need to send a stronger message, that assault against vulnerable people, especially when you are in a position of care, cannot be tolerated,” said Jane Meadus, a staff lawyer with the Advocacy Centre for the Elderly.

“I don’t think 12 months is long enough to send that message.”

The Star wrote about the sexual assault of Danae Chambers, a well-known Toronto artist, as part of last year’s investigation into Ontario nursing-home abuse.

Details of the assault were taken from a Ministry of Health inspection report that was never released to the public — despite Health Minister Deb Matthews’ promise of greater transparency in nursing-home care following the Star investigation.

Kozlov was a registered practical nurse who worked the overnight shift at Castleview Wychwood Towers, a Christie St. nursing home operated by the City of Toronto. On April 4, 2011, Kozlov was charged with sexual assault after the co-worker discovered him in Chambers’ semi-private room.

Nearly one year later, on March 29, Kozlov pleaded guilty to sexual assault. He was placed on the Ontario sex offender registry for 10 years and was ordered to provide a DNA sample.

Kozlov is currently serving his 12-month sentence, said Greg Flood, spokesman for the Ministry of Community and Correctional Services. Citing privacy issues, Flood would not say where Kozlov is being jailed or whether he will get an early release.

When he does get out of jail, Kozlov will be on probation for two years.

The Ontario College of Nurses, which has the power to suspend a nurse’s license, has a hearing on the case scheduled for December 13. Kozlov is currently not entitled to practice.

When it was published last November, the Star’s investigation into Chambers’ assault broke the taboo against talking about the sexual abuse of elderly women.

The Star does not normally identify victims of sexual assault, but Chambers’ power of attorney, Anna Schrofer, wanted her friend identified to bring to light the sexual abuse of women in nursing homes.

The reports are part of a new inspection system that began July 1, 2010, promising greater transparency so families can make more educated choices when it comes to care for their loved ones.

The Star investigation found ministry officials prepare two very different reports of an incident. One with detailed findings is given to the home’s management. Another version, typically sanitized of key details, is posted in a public place in the nursing home so families and prospective residents can see the kind of care offered in the home.

The public report of Chambers’ assault had limited information, saying an “identified resident was a victim of abuse.” Schrofer had to hire a lawyer to get a copy of the ministry’s detailed report, which she later gave to the Star.

In Chambers’ case, the provincial inspection report reveals the home was warned by a staffer two months before the attack that a male registered practical nurse who was supposed to be watching “high-risk” residents in one area was “returning late from breaks and (had) unexplained absences from his assigned duties.”

According to the report, a staff member discovered Kozlov in Chambers’ room on April 4, 2011, at 3:05 a.m. His pants were down and he was standing behind Chambers’ exposed buttocks, which were “positioned at the edge of the bed.” His body was “facing (Chamber’s) buttocks.” The bed had been positioned at a height between his waist and hips.

The worker who witnessed the assault reported it immediately.

Vija Mallia, who was Castleview Wychwood’s administrator at the time of the assault and is now a senior manager with the City of Toronto, said the home now requires that two employees work together during the evening and overnight shifts so no one can be alone with residents.

Following the Star’s story, the health minister called an emergency meeting for nursing-home leaders and demanded they take action to stop abuse.

The Long-Term Care Task Force on Resident Care and Safety was created, and an action plan for change was submitted to Matthews last spring.

Mallia said the task force’s recommendations on zero tolerance for abuse and staff education have since been adopted by Toronto’s 10 long-term care homes.