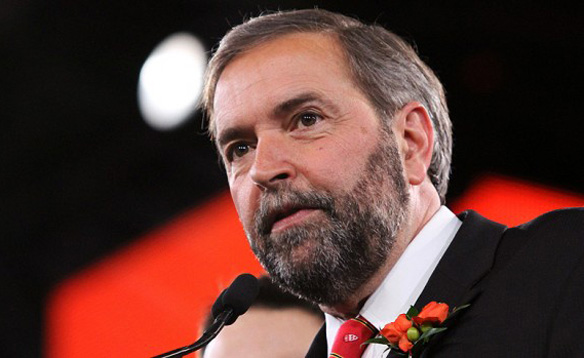 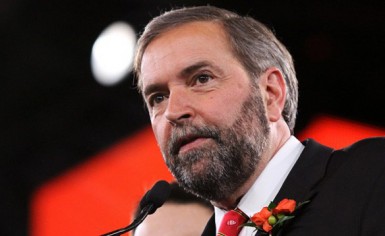 TORONTO — An NDP government would reverse changes to old age security by restoring the retirement age to 65 instead of 67, New Democrat Leader Tom Mulcair said Friday.

The governing Conservatives introduced the changes last spring and they are slated to take effect in 2023. The government says the measures will help ensure the sustainability of the pension system.

This article was published by The Canadian Press and re-published in a variety of major newspapers across the country on October 27th,  2012.  To see this article and other related articles on The Winnipeg Free Press website, please click here

Speaking at a town hall meeting sponsored by seniors organization CARP, Mulcair said the NDP would kill the changes within its first year of forming a government.

“We honestly believe that in a country as wealthy as Canada it is absolutely inexcusable to have hundreds of thousands of seniors living below the poverty line, and an NDP government will correct that immediately in its first year,” Mulcair said.

He said he’d also strengthen the Canada Pension Plan and the Quebec Pension Plan, and ensure seniors with workplace pensions are protected if a company goes bankrupt.

“We’re one of the only countries that doesn’t protect pensions in the case of bankruptcy or insolvency,” said Mulcair. “That’s entirely unacceptable.”

Mulcair added that the NDP would also propose a caregiver tax credit for seniors who take care of their spouses, which would take some pressure off an already taxed health-care system.

CARP recently came under attack at the Commons finance committee from Conservative MP Paul Callandra, who suggested the organization had a pro-Liberal partisan bias. The group has come out this year against the changes to old age security.

“Mr. Harper uses messengers like Mr. Callandra all the time to deliver his contempt for anyone who dares disagree,” Mulcair said.