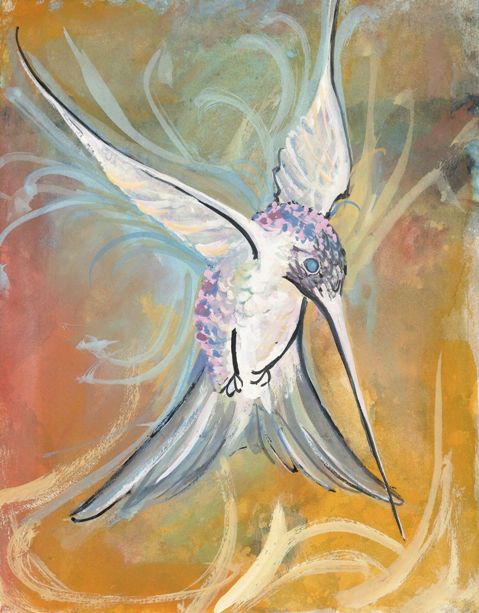 A few weeks ago, my first patient of the day was a woman in her mid50s (‘ll call her Kate – not her real name-). She was a slim lady dressed in jeans with straight hair to her shoulders. She held a cane and walked to my office a touch wobbly. She introduced herself and sat down in one of my chairs. Shortly after, she asked me if she could change her position, laying half way in one of my chairs with her legs bent at the knees on the second chair. I said of course, go ahead, and then I proceeded taking a history while I was reviewing her hospital files sent to me from her doctors.

Kate described her life: she was a very athletic woman, divorced for years with two grown up independent children, a computer consultant by profession. She loved bicycling, the outdoors, boating, swimming, winter sports and more than everything, she loved life and adventures. That Sunday, 3 years ago, she went to swim in a lake, all by herself. It was mid day, August, and the water was calm and comfortable. And there it was a boat, driven by a young man with two companions. He did not see Kate and thought at first his propeller got tangled in a bunch of weeds until he realized that it was in fact tangled in a human body. He pulled Kate off the water nearly bleeding to death. When Kate was transferred to the local trauma unit, her lower body was literally “minced” by the propeller. Her uterus, bladder, vagina, and bowels were gashed, her pelvis broken in many places, one of her hips fractured in pieces, the right sciatic nerve completely severed and the left one partially cut and the list went on and on. After numerous surgeries attempting to reconstruct the damaged internal organs, an artificial hip joint that got infected, a permanent colostomy with a tummy bag (as her guts and rectum were permanently damaged) and numerous other complications, Kate left the hospital 10 months later.

Here she was, sent to me by her doctors to help her with pain control as she had damaged nerves, bones, muscles, joint and internal organs giving her all kinds of intractable pain. She did not like medications, took only small doses of powerful analgesics and used all kinds of mental techniques and life adjustments to combat her pain, and the tremendous weakness in her legs, given her bilateral sciatic nerve damage. No wonder she could not sit properly as her pelvis and buttocks were seriously damaged and excruciatingly painful to the pressure of the seat.

As she was speaking calmly and matter of factly without harsh or colourful  words to describe her situation, my stomach was churning. Flipping through the trauma records of Kate on my desks, I quickly came to the conclusion this was one of the worst injuries I had seen in my 30 year career. I asked her to describe what this had done to her professional and personal life. “I make every effort to convince myself and others I can still be somewhat normal” she replied. “Every morning I get up, dress and put light make up even if it takes me hours, and I go to my therapy and medical appointments (someone has to drive her as she can not do it herself with two weak legs). I return home to rest and later on try to see family for dinner or go for coffee with friends”. So, I asked, have you ever thought life is not worth it? Of course, she replied. In the beginning I was asking myself that question every day. But eventually, I realized, my job was not done and that I could not leave my people (daughters, mother, relatives, friends) and disappear.

What job is this, I asked? She said: all my life I have been the strong one, the person to whom everybody would go for support and the one who made everybody laugh with my jokes. Well, this is my job: I just can’t take this away from the people I love.

The more she spoke, the more my head was spinning. How could she be so brave and so gracious? Well, I asked, weren’t you ever angry at the man who injured you? Oh no, she replied, I felt so sorry for him, he pulled me out and kept visiting me at the hospital. It changed his life forever. He didn’t do it on purpose. How could I be angry with him?

But how do you cope with all this terrible pain as you take so few medications? I have my ways, she answered. I talk to myself and have made my pain “my friend”. Every morning I greet my friend and tell him we are going to have a challenge today (for example to go to the doctor’s office and climb a flight of stairs). I reassure him we will manage as we have done so many times before. So we do what we have to do and then at the end of the day we sit down for a cup of tea!

I marveled at her calmness and tried to understand if she was depressed about her situation (I was thinking I would be crazy if I were her to be honest ). “What can I do?” she replied with the same grace, “I just have to play with the cards I was dealt”.

When she left, I handed her a pamphlet from my organization, ACTION Ontario, and asked her to join. It is people like her, real lighting rods, who can give to so many others a glimmer of hope, a sign of determination, and proof that human spirit is indomitable.