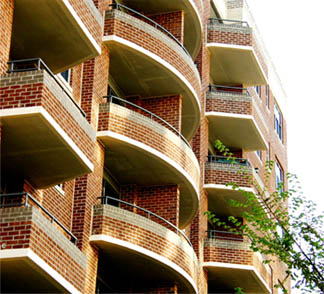 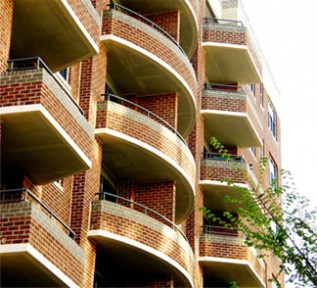 Co-ops and their aging members need to be a part of this government’s fiscal policy-making.

OTTAWA—This past October, the Department of Finance published “Economic and Fiscal Implications of Canada’s Aging Population,” examining how Canada’s productivity growth and labour market will be affected by our rapidly aging population. It said that Canadians should be supported in their ability to stay in the workforce longer, in order to support GDP growth.

Canada’s housing co-operatives are aware of the stark choices that the federal government has to make vis–à–vis our country’s aging population—including pensions, health-care costs and availability of appropriate affordable housing. Co-ops and their aging members need to be a part of this government’s fiscal policy-making. An aging labour force, if it is to be truly supported by the government, must be able to rely on a stable supply of affordable housing. Fiscal restraint and support for the labour market must be tempered with an acknowledgement that co-op communities must remain viable, and able to provide ongoing subsidized housing to their members.
Today, hundreds of non-profit housing co-ops—along with a larger number of other non-profit housing providers—face a looming crisis as they quickly approach the day when housing assistance ends—funding that is currently administered through Canada Mortgage and Housing Corporation (CMHC). CMHC’s housing agreements provide income-tested assistance to half a million Canadians, including seniors and other vulnerable households in hundreds of mixed-income, community focused non-profit housing developments across Canada. Parliamentarians should be concerned—low-income seniors currently receiving subsidy face the certain prospect of losing their affordable homes when their co-ops federal operating agreements end—most by 2020.

Rent-geared-to-income (RGI) support is a feature of all federal non-profit housing programs. Currently, 12,000 low-income households in some 1,000 co-operative communities—including seniors, new Canadians, and other Canadians on fixed-incomes and the working poor—depend on RGI subsidies to pay for their rents or housing charges. The low-income households are part of the co-op communities that were developed under a federal program that ran from 1979 to 1985.

Unless action is taken, thousands of seniors across the country will face the very real likelihood of having to join the long waiting lists for government-funded seniors housing, forced to leave the co-op communities where so many have raised their families and lived for decades. And with an aging population the need for subsidies will only increase.

A study prepared in spring 2011 by the Co-operative Housing Federation of Canada (CHF Canada) titled Aging in Our Co-op Communities: A Survey of housing co-ops in Canadafound that a majority of seniors living in their co-ops would like to remain in their homes for as long as possible. The survey also firmly established the many positive social and financial outcomes older co-op members experience living in a co-op, including financial stability, the ability to live independently, a strong sense of personal safety and a supportive community. However, more than one-third feared having to leave their co-op homes because of a lack of financial assistance to pay their rent.

The federal government has the opportunity to leave a legacy for thousands of aging Canadians by securing the availability of subsidy funding past the end of operating agreements. The current government’s positive track record is worth noting. It allocated $2.075-billion through Canada’s Economic Action Plan: grants for renovations and energy-efficiency retrofits to all kinds of affordable housing (e.g. seniors, First Nations), and $400-million, over two years, to create new rental housing for low-income seniors.

As the government examines how it will meet the economic and fiscal challenges inherent in Canada’s aging population, it should also be mindful of the imminent loss of federal assistance to low-income seniors and other vulnerable groups in social housing. It should recognize that tens of thousands of affordable homes already exist for seniors, but that the affordability of these homes is at risk. Demonstrating leadership on this issue by working with government and stakeholder groups such as CHF Canada on a long-term plan based on a cost-shared model for provincially-delivered rent supplement programs—would surely address the government’s goal of securing peace of mind and quality affordable housing for Canada’s seniors.

Nicholas Gazzard is executive director of the Co-operative Housing Federation of Canada.