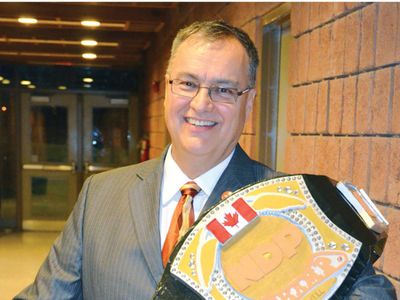 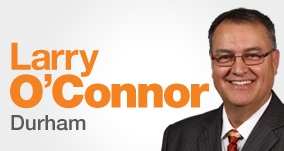 Editors Note: We put out a call for comment to all candidates in the November 26th 2012 by-elections (held in the ridings of Durham, Victoria and Calgary Centre).  At Press time, these was one of the candidates who answered:

Canada’s seniors are among the greatest generation this country has ever known.  They fought for our principles in times of war.  In times of peace, they helped build the institutions and prosperity we all enjoy today.  Now it is this generation’s responsibility to ensure our seniors live with dignity.  Unfortunately in Ottawa we face a government that has forgotten its responsibility to seniors.  We can and we must do better.

By raising the age of eligibility for Old Age Security to 67, the Conservatives are taking nearly $13,000 out of the pockets of 5 million seniors.  The most vulnerable seniors – those who also receive the Guaranteed Income Supplement – will lose as much as $30,000.  For millions of seniors, that could mean the difference between paying for heat or going cold, between getting their prescriptions filled or going into debt.  That is why when New Democrats form government in 2015, we will restore the OAS eligibility age to 65.

Too many seniors live in poverty, and thousands more are on the brink – especially senior women who rely on OAS and GIS as their lifeline.  In a country as wealthy as Canada, there is no excuse for such a massive failure to take care of our own.  In its first budget, an NDP government will increase the Guaranteed Income Supplement to a sufficient level to life every senior in Canada out of poverty immediately.  New Democrats have also introduced a bill in Parliament to create a federal poverty reduction strategy that will eliminate poverty in this country once and for all.

Statscan says only about 39 per cent of all Canadian workers have a workplace pension plan. This means more than 8 million Canadians have no workplace pension.  Many of them are unable to save enough for retirement.  Those who have been able to save in RRSPs are at the mercy of volatile markets.  Pooled Registered Pensions Plans will not be an improvement, and risk seeing too much of the investment eaten up by fees.  That’s why the NDP opposed the government’s risky PRPP plan in favour of an approach that would give every Canadian greater retirement security through a proven public pension: the Canada Pension Plan.  An NDP government will take steps towards increasing CPP benefits with the goal of eventually doubling the benefits you receive.

We will also make sure that Canadians who do have a workplace pension don’t suddenly find themselves confronting an uncertain future because of employer bankruptcy.  We’ve proposed a plan to put workplace pensions at the front of the line of creditors when a company goes bankrupt.

The Conservative plan for health care? Don`t get old.

After six years in government, Stephen Harper’s Conservatives have failed to improve public health care. Instead, they’re cutting $36-billion in funding—even before our provincial Health Accords come up for renegotiation in 2014. New Democrats have a practical plan to strengthen your public health care—not cut it. We think it is time to build on the strong foundations of Medicare, working with provinces and territories to make prescription drugs more affordable, ensuring a range of health professionals are there to help you when you need it, improving home and long term care, and helping people get and stay healthy.

More than 2 million Canadians are caregivers at home, but access to the federal compassionate care benefit is complicated. Support should also be provided to informal caregivers in the country by extending and improving access to the EI compassionate care benefit, providing a Caregiver Tax Benefit, modeled on the Child Disability Benefit, and offering financial support to those who wish to add separate dwellings to their home to care for someone.

1 out of 4 Canadians don’t have proper drug coverage. Only 42% of Canadians are covered by a workplace drug plan. Over the past 20 years, prescription drugs have been one of the fastest rising costs in our health care system. Even worse, coverage across the country is increasingly unequal, meaning some people aren’t able to get the care they need.  The federal government has the mandate to ensure the safety and effectiveness of prescription medications, but it should also commit to enhance their quality and reduce their cost.  Only New Democrats will ensure that trade agreements do not drive up drug costs–the Canada-Europe Trade Agreement alone could raise drug costs by $2.8 billion a year.

The federal government should work with provinces and territories to ensure Canadians have access to better coverage at a lesser cost by expanding and maintaining public coverage to ensure every Canadian can afford prescription drugs.

Canada is the only G8 country that does not have a national housing strategy.  As a result, too many seniors are slipping between the cracks: they are on wait lists for affordable housing, they are forced to leave their community to find appropriate housing, or they run the risk of accidents because they can’t afford to move into residences that meet their physical needs.  In Durham over 4000 families are on the waiting lists for social housing and over 800 senior households. http://www.onpha.on.ca/AM/Template.cfm?Section=Waiting_Lists_2012

This is entirely avoidable.  The NDP have introduced a bill that is currently being debated by Parliament that would create a national housing strategy, giving priority to vulnerable groups like seniors.

An NDP government will also provide an inter-generational Home Retrofit Program to help families retrofit their homes to accommodate senior family members.  This will allow families to stay together in a safe, appropriate environment.

Despite 50 years of economic growth, the Conservatives are now telling Canadians that the institutions our seniors helped to build are suddenly unaffordable.  New Democrats are committed to leaving our children and grandchildren more, not less.  We are committed to providing our seniors with dignity and security.  That’s why we’re committed to working with organizations like CARP to ensure that we achieve our vision of a caring country that leaves no one behind.  Together we can achieve so much more.