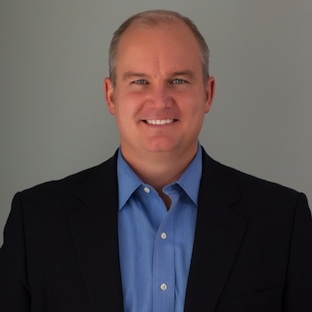 Editors Note: We put out a call for comment to all candidates in the November 26th 2012 by-elections (held in the ridings of Durham, Victoria and Calgary Centre).  At Press time, these are the candidates who responded.

If elected as your Conservative MP, I will promote my firm belief that Canada’s Seniors deserve to be recognized for their enormous contributions to our economy and our society. A safe, secure and dignified life is the least that our seniors should expect for their contributions, and, as such, I support our Conservative government’s efforts that:

It is interesting to note that both the Liberal and NDP parties opposed these concrete measures to improve the lives of our seniors.

Can we do more? Absolutely, but we must do so in a manner that is fiscally responsible and sustainable. Our seniors grew up in an era in which the value of a dollar was clearly understood.

Our Conservative government battled a worldwide recession and our policies kept our economy in better shape than most of the developed economies. As we remain on target to eliminate deficit and debt we are freeing up more money for programs that assist Canadians, and, in particular, our Seniors.

With respect to lost income support and increased support for single seniors, I support the Guaranteed Income Supplement (GIS) top-up benefit. This is the largest increase to the GIS in 25 years. The measure will further improve the financial security and well-being of more than 680,000 seniors across Canada. It represents a $1.5 billion investment over the next five years

Further assisting low income and vulnerable seniors the Conservative government has provided $400 million over two years under Canada’s Economic Action Plan for the construction of housing units for low-income seniors.

For those seniors who scrimped and saved, they deserve to keep more of their hard earned money, and, to that end, our government has:

I also support improvements to our public health care system, chronic care, long term care and home care.  As a government, the Conservative’s have increased funding for public health-care to the highest levels ever.  Making this system better has to be done in partnership with our provincial government.

Also, you may have been the recipient of our local Liberal candidate’s numerous negative and misleading robo-calls.  The local Liberal candidate has sunk to new lows in an attempt to mis-lead seniors.  As I’ve outlined above, the Conservative Party and I are both committed to supporting our seniors with increases to income supplement programs and with lower taxes.  Old Age Security eligibility adjustments in Budget 2012 will NOT affect current OAS/GIS beneficiaries.  Adjustments are limited to those 54 or younger as of March 31, 2012.  Our Government is reforming OAS to ensure it is sustainable for today’s seniors and for future generations.

As your elected official in Durham I will support programs that not only recognize but offer tangible support and recognition to our seniors.