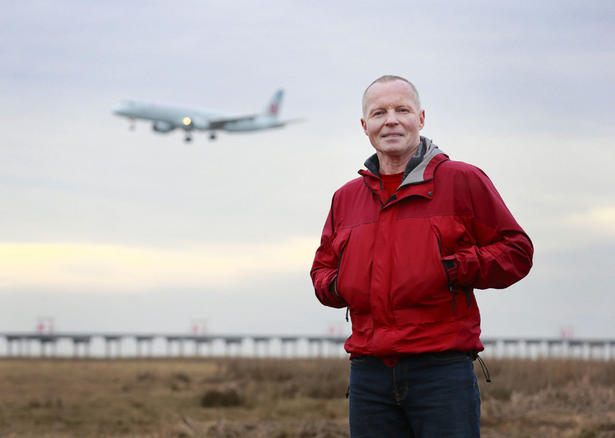 For nearly 34 years, Larry Crowley travelled the world as an Air Canada pilot.

But under the union contract and rules in place last fall, the Airbus 330 captain faced automatic retirement at the end of the month in which he turned 60.

To mark the occasion, Crowley picked a final trip that would have him fly from Vancouver to London on Oct. 29, a day before his birthday. His wife Frances joined him; he would make a final return flight on Oct. 31.

But a mechanical problem with an engine knocked the jet out of service and forced the flight to be rescheduled to Nov. 1. Crowley couldn’t fly home.

Changes to the Canadian Human Rights Act barring mandatory retirement in federal regulated jurisdictions such as banking, transportation and telecommunications went into effect on Dec. 15, 2012. So Crowley’s colleagues who turned 60 just a couple of months later can continue to work.

If allowed, Crowley says he likely would have stayed at the controls for a few more years. “The key point is that I have the choice,” he said. “That’s what I believe we get to have because we live in Canada.”

Air Canada and its pilots union — the Air Canada Pilots Association — are locked in a years-long battle with a small group of pilots who wanted to continue flying past the age of 60. The previous collective agreement clearly stated that Air Canada’s pilots would automatically retire at 60, even though it wasn’t an industry-wide policy.

The fight pitted junior pilots against senior pilots, because the closed seniority system means older pilots get the best-paying routes. If they don’t retire, it leaves junior pilots waiting longer to move up the ladder.

The rule change means the tension will likely continue, especially if senior pilots remain in the posts, particularly if they choose to stay for many years.

Traditionally, about 100 pilots retired each year at Air Canada. Company spokesman Peter Fitzpatrick said it’s too early to say how many pilots will elect to fly past 60 and for how many years.

“The elimination of mandatory retirement is not expected to have a great impact on our hiring plan as we are in growth mode and continue to hire pilots on a monthly basis,” Fitzpatrick said.

However, the change does have an impact on scheduling. Under international aviation regulations, there must be at least one pilot under 60 in the cockpit at all times, and pilots over 65 cannot hold the captain position.

A new collective agreement, imposed by an arbitrator, sets out specific positions that pilots over 60 and over 65 can hold on Air Canada’s aircraft.

Air Canada Pilots Association president Craig Blandford said that union had defended its longstanding position of retirement at 60, and added courts have upheld the union’s position. Pilots worked under that assumption, knowing they would get better routes and higher pay, the more senior they became, Blandford said.

But now the rules have changed.

“This is the new way of doing business, and those who choose to stay, it is their right. And they have every right to those jobs as anyone else,” he said, but added junior pilots will be affected.

Blandford thinks that some pilots will stay on for a few more years, but it’s unclear how many might stay beyond 65. Under tax rules, pilots must begin to collect their pensions before the end of the year in which they turn 71, but they can continue to work.

He acknowledged that some passengers may have concerns about older pilots in the cockpits.

“Our pilots have the highest standards. Our skills are top-notch,” he said, adding that pilots undergo medical physicals every six months after age 40 as well as simulator testing every eight months.

“Our standards will not change to accommodate those who want work longer,” he said. “It’s the same licence whether you are 21 or 61.”

But while the federal rules have changed, they are not retroactive.

“It’s a change whose time had obviously had come,” said Raymond Hall, a lawyer and former Air Canada pilot, who launched the lawsuit on behalf of two pilots in 2006.

“It is ironic that the people who are benefiting from it are ones who had nothing to do with it,” he said. “But it’s good for the 800,000 workers (in federally regulated industries).”

Hall is continuing the battle for himself and about 200 pilots who are seeking reinstatement and damages. They are waiting to hear whether the Supreme Court of Canada will accept an appeal request.

Both the Canadian Human Rights Tribunal and the Federal Court of Appeal upheld Air Canada’s right to force pilots to retire at age 60.

He said he remains optimistic that the Supreme Court will hear the case because of the fundamental “charter and social policy issues related to age discrimination that I believe the court should consider.”

Even though mandatory retirement has been eliminated, Hall believes a final court ruling is still needed to deal with several unresolved issues, including group benefits and life insurance coverage.

Susan Eng, vice-president of advocacy for CARP, a lobby group for older Canadians, said the end of mandatory retirement in the federal jurisdiction was a welcome move.

“It changes the public discourse in the rest of Canada and other workplaces to say the law of the country now says, as a matter of Charter rights you cannot be told, ‘There is an expiry date on your right to work,’ ” Eng said.

“People are living longer and healthier lives. They don’t see an obvious stop date to their work,” she said. “Over longer term, we will have a much more fluid workplace in terms of age.”

As for Crowley, he’s still adjusting to retirement.

“I’m only in my third month. I am not really into the environment of being retired,” he said, adding he’s keeping busy as he trains for world rowing championships in Boston next month.

“Make no mistake I’m not looking for special dispensation or special handling,” Crowley said. “You still have to do what everyone else is doing. It has to be a completely level playing field.”