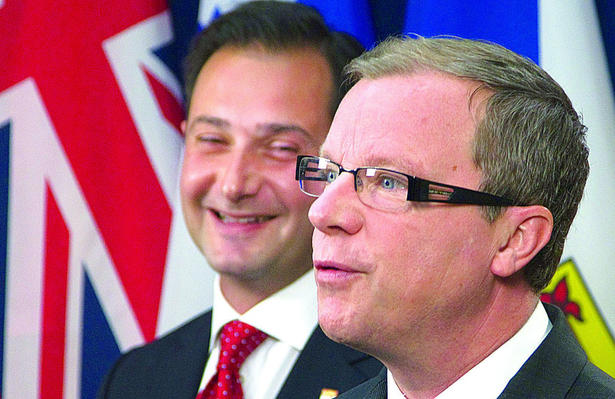 OTTAWA—Provincial and territorial governments expect to save up to $100 million in health-care spending by combining their purchasing power to drive down the cost of six commonly used generic drugs.

More savings could be on the way as the provinces and territories plan to continue discussions with brand-name pharmaceutical manufacturers, and the federal government has signalled a willingness to come on board with the new drug-buying program.

“We think we can save Canadians and the system even more money,” Steve Outhouse, a spokesman for federal Health Minister Leona Aglukkaq, said in a telephone interview Friday.

Together, the federal, provincial and territorial governments spent just over $12 billion on prescription drugs in 2011, the most recent year for which the total figure was available.

The joint purchasing plan will see provinces (excluding Quebec) and territories set the price for six generic pharmaceuticals that treat everything from angina and high blood pressure to depression and gastrointestinal conditions at 18 per cent of what the brand-name versions of the medications sell for. The new prices will come into effect April 1.

The six drugs account for roughly 20 per cent of what provinces and territories spend on generic drugs nationwide and sell for 25 to 40 per cent of the brand-name price.

The joint-purchasing and price-setting plan grew out of an agreement between premiers at the Council of the Federation meeting in Halifax last July.

Both Saskatchewan Premier Brad Wall and Prince Edward Island Premier Robert Ghiz, who led the initiative, expressed hope Friday that the federal government would come on board.

There are no strings attached to cost-savings, which means provincial and territorial governments do not have to put the extra money back into health spending.

Ghiz said that with health-care spending eating up large proportions of provincial budgets, it is probably safe to say that most of it will go back into health care anyway.

“It’s not like these dollars are going to go into something other than health care,” said Ghiz, although P.E.I. will be putting one-third of its $1.2 million in projected savings toward deficit reduction. The rest will go to more drug coverage and efforts to increase the scope of practice in pharmacies.

Wall said the six generic drugs named in the new plan are just a first step, noting it already goes beyond the three-to-five generic drugs premiers committed to identifying for the program last summer.

“We look forward to working with the industry (and) perhaps another $100 million, before the year is out, can be identified in savings for the system and for Canada,” Wall said.