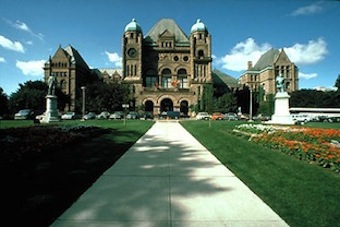 Toronto, ON: CARP congratulates Premier-elect Kathleen Wynne on winning the leadership of the Liberal Party of Ontario this weekend and puts to rest the stereotype that older voters are resistant to change. Rather they focus on who can lead the province to address their priorities: get back to work and concentrate on health care.

In Friday’s poll, CARP members in Ontario were asked which of the leadership candidates would be most supportive of issues important to older Ontarians and 51% of decided voters selected Kathleen Wynne, nearly twice as many as selected her closest competitor, Sandra Pupatello [27%].

CARP members say that the most important priority for the new premier is to recall the legislature [49%] followed by settling the dispute with the teachers and funding home care and house calls – something that the Health Minister has recently proposed.

Older voters continue to be the most politically engaged and 70% of those over age 60 vote regularly. CARP members are particularly focussed on the issues that directly affect their quality of life but also actively defend our parliamentary institutions and were very opposed to the prorogation of the Ontario Legislature.

The vast majority [88%] of CARP members responding in an October 2012 poll were outraged at the prorogation especially because bills that were important to them died on the order papers. So it’s not surprising that most CARP members want the Premier-elect to recall the Legislature.

There was also an undercurrent among political and media commentaries that certain types of voters may not be ready for an openly gay female premier. While not specified, older voters were no doubt on the minds of those commentators. The clear support for Kathleen Wynne from CARP members based on substantive priorities should put to rest that stereotype of older voters.

“Once again, CARP members demonstrate not only political prescience but also level-headed focus on the issues that matter. Clearly, Premier-elect Wynne’s pronouncements and track record convinced our members that she would address our priorities. We look forward to working with the Premier-elect to move forward on health care reform, retirement security and taking specific action on elder abuse.” said Susan Eng, VP, Advocacy for CARP