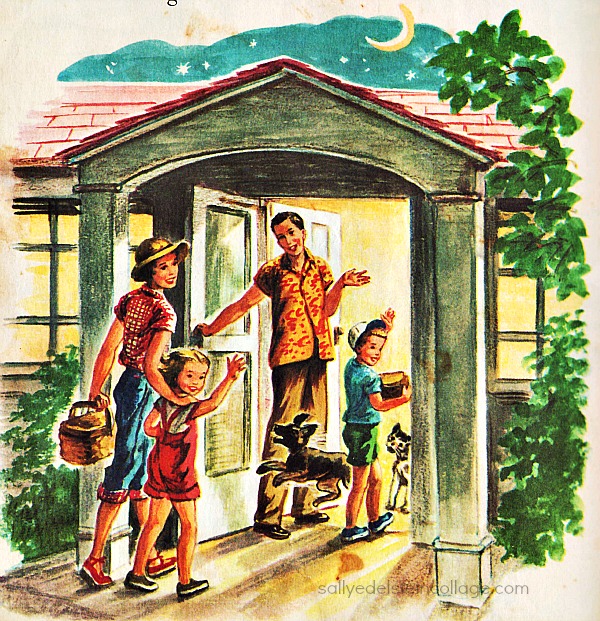 Stories and memories of my widowed 89-year-old father started pouring in by e-mail and phone the day after he died, prompted by a posting on Facebook of a lovely picture of him in his last weeks, still smiling and still hale.

Many of the messages had the same theme: dad was gregarious, welcoming, always up for a drink or a talk or a loud meal, always reaching out to people and overseeing his argumentative brood. Friends from 50 years ago, with whose children we had played wrote” Our first day in Connecticut from England, and we saw your dad striding up the drive, bottle of wine in hand, asking us to dinner”.

This was typical behaviour. Once, at Christmas in Montreal, we encountered a bunch of hippies (that’s how long ago it was) in a school bus on Mount Royal. Dad asked them all for dinner, and then called mum to tell her. I have a photograph of every chair around our big kitchen table filled, strange young happy men and women, us kids, and dad with a big jug of wine at his feet.

For that was where dad exists in everybody’s memory who knew him. Sitting at the head of a kitchen table, big jug of wine at his feet, presiding over a noisy table full of children, guests, old friends, hangers-on and dogs.

His other natural element was at the wheel. He always commuted long distances, and he always had interesting cars to do it in Two Citroens, a Simca, a used Mercedes, a procession of Volvos, several Peugeots. The one thing they all had to have was a sunroof, because he loved the sun on his face while he drove, even in winter. His forehead was always tanned mahogany.

He thought nothing of driving from Connecticut to Ontario in a day, with a car full of five kids, some dogs and mum, and towing a trailer, usually full of contraband for the cottage. He had a way of leveling his gaze at the customs officer, deepening his voice and saying “nothing to declare. We’re Canadians returning for the summer”. Meanwhile, packed in the boat on the trailer were tools, stoves, fridges, supplies, booze, everything needed to outfit our new cottage.

The cottage was on a tiny island in a famous lake in Ontario’s cottage country. Dad’s idea of a vacation was to lie flat on his back all day long, get up for dinner, then lie flat on his back again. He did this for two weeks every year, and I have a pencil sketch by my younger sister to prove it.

As it turns out, my father left a more substantial estate than any of us thought. He, who had never owned a house until his forties, who had worked three and four jobs at a time to raise five children, had actually left his children a legacy.

Now it remains to see if the surviving children can rise to the challenge of dividing dad’s estate without rancour. This is often a sad after-chapter to many well-lived lives, and for the sake of our family bond, I hope we can do the process justice.