OTTAWA — Dan Braniff considers himself a savvy investor, quite knowledgeable about the federal tax system. The retired telecommunications manager once oversaw a multimillion-dollar budget, and still plays the financial markets to help sustain his post-work life.

But heading into tax season, the razor-sharp 81-year-old says even he uses an accountant to navigate an increasingly labyrinthine system to find tax relief for seniors.

Braniff was among a group of retired Canadians who pushed the federal government to offer pension income-splitting for seniors, yet even he is frustrated by the tax system.

“In itself, I suppose taxes are complicated, but they don’t have to be as complicated as they are,” Braniff says from his home in picturesque Blue Mountains, Ont., about 165 kilometres northwest of Toronto.

His story is symptomatic of larger concerns as Canadians head into tax season and await a federal budget.

More and more business owners, chambers of commerce, individuals and members of Parliament are calling for a formal review of the convoluted tax system.

The House of Commons finance committee, the majority of whose members are Conservative MPs, recently called for a royal commission to examine ways to reduce the system’s complexity and inefficiency.

The committee said a comprehensive review is needed to ensure fairness and neutrality “by continuing to close tax loopholes that allow select taxpayers to avoid paying their fair share of tax.”

Similar requests for a review of the tax system have come from taxpayer watchdogs, lobby groups and think-tanks such as the Canadian Taxpayers Federation, the Canadian Council of Chief Executives and Canadian Centre for Policy Alternatives.

“Ad hoc changes to tax legislation by successive governments and the enactment of temporary provisions have complicated the tax system and increased compliance costs,” says the Canadian Chamber of Commerce, calling for a “comprehensive review” of the tax system.

“A rational tax system would favour a broad tax base, allowing tax rates to be as low as possible so that everyone benefits,” the chamber said in a recently released report, citing the hundreds of exemptions, deductions, credits and rebates cluttering the tax code. 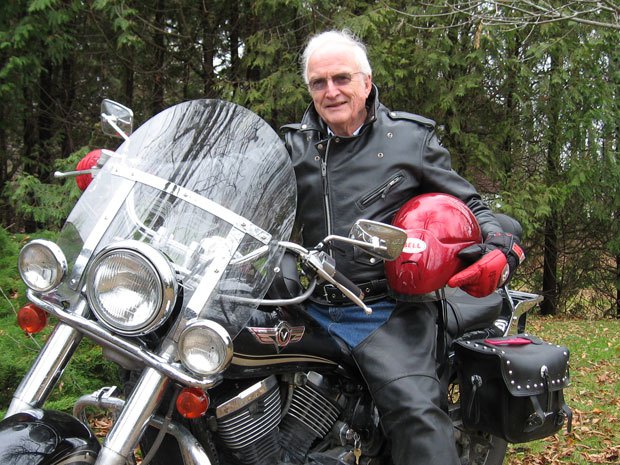 It has been nearly a half-century since the last royal commission on the topic.

In 1962, prime minister John Diefenbaker launched the Royal Commission on Taxation (known as the Carter Commission after Bay Street accountant and chairman Kenneth Carter). The panel’s report, completed in 1966, called for more tax fairness and equity, and effectively led to capital gains tax. 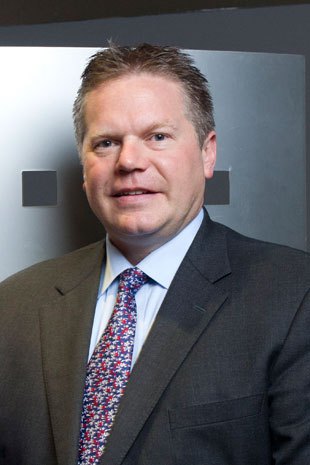 Brent Lewin for the National Post files James Rajotte, chair of the Commons finance committee, says there’s currently not much of a plan to reform personal, corporate or consumption taxes because the focus is on balancing the budget by the next election, expected in 2015.

“We’ve been looking at various loopholes that some people engage in in order to avoid paying their fair share of taxes,” Flaherty said last week, noting the government is also examining “tax policies that create inequality.”

Over the years, a number of “distortions” have crept into the system, says Ian Lee with Carleton University’s Sprott School of Business in Ottawa.

“There’s lots of legitimate tax deductions, and there’s many that aren’t so legitimate.”

It could be difficult for the federal government to undertake bold moves soon, as it tries to eliminate an estimated $26-billion deficit. James Rajotte, chair of the Commons finance committee, says there’s currently not much of a plan to reform personal, corporate or consumption taxes because the focus is on balancing the budget by the next election, expected in 2015.

Royal commissions can also be expensive and time-intensive.

Yet, calls for tax reform — and the need for a major government review — have the support of many of Prime Minister Stephen Harper’s MPs.

“Obviously, it has support on the government side because it was in the (committee) report,” says Rajotte.

“In terms of a tax-reform proposal, I do think it’s something that would be well regarded by a good number of caucus members,” agrees Conservative MP John Williamson, former federal director of the Canadian Taxpayers Federation.

What tax reform would look like remains to be seen.

Opposition parties believe the government has offered too many tax breaks for multi-billion-dollar corporations, at the expense of small businesses and families.

“There’s a real need, I think, for some analysis of the Canadian tax system,” argues Jack Mintz, head of the School of Public Policy at the University of Calgary, who chaired a panel examining business taxation for the Liberal government in the 1990s.

“Taxation tends to be a very controversial-type issue because it’s almost like a contract that the government has between people and the government. It reflects very much society’s values.”

“There’s lots of legitimate tax deductions, and there’s many that aren’t so legitimate.”

Canada’s federal income tax system, like those in most provinces and many countries, is “progressive”: Canadians with larger incomes pay more in taxes and a greater percentage of their income. There are four personal tax brackets into which a portion of an individual’s income may fall.

Personal income from most domestic and international sources is taxed in Canada, including employment earnings, pension income and capital income.

Federal personal income tax rates have been mostly unchanged over the last decade (there have been minor changes to the lowest tax bracket), although income thresholds to reach the different tax brackets, and the basic personal allowance, have increased, offering taxpayers some relief.

The Harper government introduced a series of personal income tax credits and deductions to further ease the burden, but some experts question their effectiveness, fairness and intent.

Corporate income tax rates have come down steadily over the last six years. The small-business tax rate has only decreased slightly during that time. (The Conservative government has offered other tax measures for small businesses.)

“If the federal government just levied a simple, across-the-board tax on personal incomes and business incomes, there could be massive benefits to the economy in terms of efficiencies,” argues Gregory Thomas, federal director of the CTF.

The CTF says its tax-cut proposal would reduce federal personal income taxes for most Canadians, and simplify the tax code by maintaining only a handful of deductions such as RRSPs, spousal and child allowances.

The federation, the Opposition NDP, Liberals and a number of economists say there are too many “boutique” tax credits, eroding federal revenues without helping many taxpayers.

Many Canadians don’t know the credits are even available, while critics complain eligibility rules disqualify too many people.

“Taking your kid to soccer didn’t used to be an accounting exercise,” Thomas says. “All it does is turn us into a nation of receipt hunters and gatherers.”

Many economists believe the government could generate additional revenue and trim income taxes by increasing consumption taxes, such as the GST and gas tax, or introducing new ones that target specific activities.

Others argue consumption taxes are unfair: lower-income individuals spend a larger share of their income on the tax when purchasing goods and services.

The Canadian Centre for Policy Alternatives, a left-leaning think-tank, wants the government to create a Fair Tax Commission of experts to recommend changes. 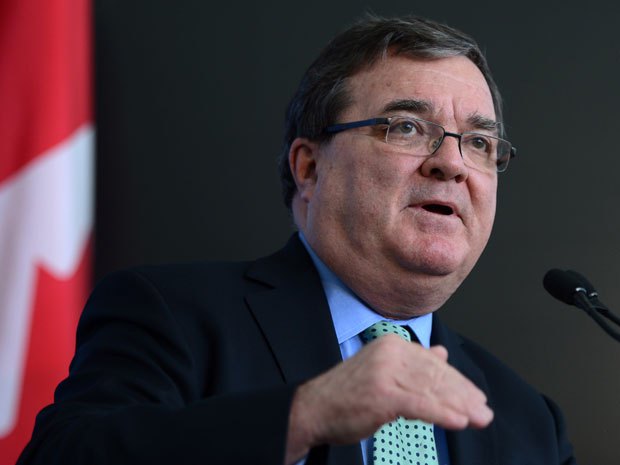 Sean Kilpatrick / CP Finance Minister Jim Flaherty is closely examining his finance committee’s recommendations for a royal commission and for closing tax loopholes. “We’ve been looking at various loopholes that some people engage in in order to avoid paying their fair share of taxes,” Flaherty said last week, noting the government is also examining “tax policies that create inequality.”

The think-tank has its own recommendations, including: broaden the income-tax base to include more sources, including possibly taxing lottery winnings and inheritances; increase the top income-tax rates and add one or more high-income tax brackets; increase Canada’s corporate tax rates, currently lowest in the G8; and modify or eliminate some tax credits and deductions.

For example, the children’s fitness tax credit provides only minor tax breaks to families who already enrol their kids in sports, rather than encouraging more children to be active, says Marc Lee with the Canadian Centre for Policy Alternatives.

“Mostly you’re just giving a credit to people who already made that choice,” Lee says.

Many of those calling for changes believe the government must re-evaluate what taxpayer dollars should be paying for in the first place.

Lindsay Dodd, chairman of the Edmonton Chamber of Commerce, which is pushing for a royal commission, says the sources and uses of tax revenues have seemingly become “lost.”

The chamber wants the federal government to examine financial penalties associated with estate and succession planning for businesses, such as transferring a family owned business.

Also, the progressive tax system should be reviewed, he says, but “within the context of our Canadian values,” including high-quality health care, education and infrastructure. 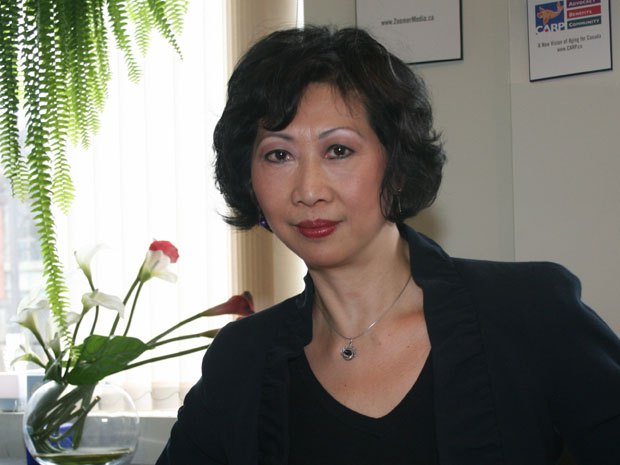 Seniors and retiring Canadians say they welcome tax breaks offered by the government in recent years — such as pension income-splitting — but insist more help is needed.

Ottawa’s efforts to offer specialized tax relief are overburdening the system, and paying taxes is becoming too complex, Eng says.

“It’s much more difficult for people with ordinary, modest circumstances to simply pay their taxes and get their refunds,” she says.

However, the Canadian Federation of Independent Business, which represents 109,000 small business owners across the country, believes a royal commission or other massive review would be too costly, produce few tangible results and turn into a “gong show.”

The group believes it might be better for the Finance Department and a few ministers to consult a handful of experts, then deliver recommendations.

“The big reviews often turn into something more than they were intended,” says CFIB president Dan Kelly.

Back in Blue Mountains, senior Dan Braniff does believe a wholesale review of the system is needed to help simplify it and introduce more fairness.

“Royal commissions cost so damn much,” he says, “but maybe that’s the only way to do it.”