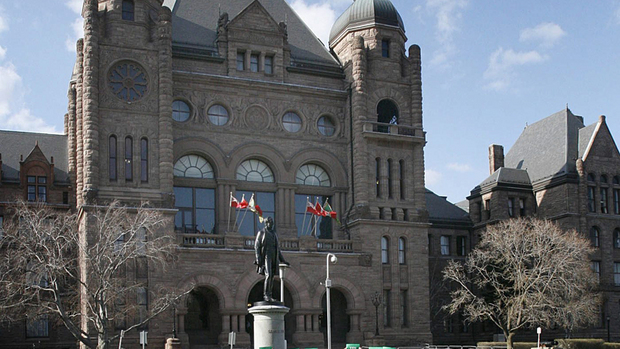 Toronto, ON: CARP members welcome the Province’s recommitment to working with Provinces and the Federal Government to enact a modest enhancement of the CPP and the previously announced additions to home care. Members will be disappointed that the 2013 Ontario Budget did not adequately address their other priority concerns – seniors’ poverty, equitable access to affordable drugs and ending discriminatory auto insurance and driver testing policies.

CARP staff was in the Budget Lockup in Toronto on May 2nd to see first hand whether the minority government will address priority concerns of older Ontarians:

2.  Ensure no senior lives in poverty: increase income supports especially for single seniors, and prepare to support seniors who will have to wait to age 67 to receive their OAS and GIS.

“Shaping budget priorities to garner opposition support is not what Ontarians want. Older Ontarians, in particular, have watched their priorities traded away in the past. This was an opportunity for the new government to demonstrate what kind of future we can expect as we all age. CARP members will welcome the additional funding for home care and community care-announced before the budget and the five day benchmark – but that’s five days AFTER the assessment which can comprise a lengthy wait. So when can we expect to see an improvement in being able to access home care, when and where we need it?
Beyond that, little was proposed to help older Ontarians to get affordable drugs, to help those living in poverty and to help all Ontarians save adequately for their retirement.
C ARP members will also welcome the promise to reduce insurance rates by15% but will be concerned that the discriminatory rates will remain or worse, that older drivers will not get covered at all unless the government enacts protections.”, said Susan Eng, VP Advocacy for CARP.

The Ontario government has recently targeted the varied needs of older Canadians, particularly in providing legislated work-leave for family caregivers, supporting CPP enhancement in the 2012 budget, and recognizing the health, well-being, and independence of older Ontarians in the action plans, Living Longer, Living Well and Action Plan for Seniors.

These positive steps forward and acknowledgements of the needs of older Ontarians require further direct action. Ontarians still face the prospect of retirement insecurity, discriminatory insurance rates and driver licensing policies, as well as rising cost of drugs. At the same time, many single seniors continue to struggle making ends meet, and saving for retirement is out of the question.

1.    Pension Reform:  Ensure Ontarians can save adequately for their own retirement
a.    Make CPP enhancement a pre-condition to tabling PRPP legislation.
b.    Improve PRPP design: Set a fee cap, require employer contributions, require target benefit design; or
c.     Establish a Universal Pension Plan for all Ontarians based on CARP’s recommendation for CPP-like supplementary pension plan.

CARP is calling on the Ontario Government to renew its 2012 Budget commitment to pension reform by working with Provinces and the Federal Government to enact a modest enhancement of the CPP as a precondition for provincial enabling legislation for PRPPs.

CPP enhancement
CARP has consistently called for a supplementary Universal Pension Plan modeled on the CPP with mandatory enrolment, utilizing the existing payroll deduction mechanism, professional management, a governance role for the members, a mandate that is focused entirely on optimal performance and independence from government or any single employer. Defined benefits (DB) are also essential to achieving all of these goals.

Enhancing the CPP is affordable and would result in considerable additional retirement income for all Canadians. A modest 10% increase – from 25% of Yearly Maximum Pensionable Earnings (YMPE) to 35% – would result in an estimated maximum additional benefit of approximately $5,000/year and cost a maximum of $50/month payable by each employee and employer for those earning the maximum pensionable earnings. A 10% enhancement of the CPP would only cost approximately $20/month for low-income earners.

PRPPs are not the answer
RRSPs have not been the answer to retirement security and another voluntary option such as the PRPPs is unlikely to improve savings. Canadians now contribute $33.9 billion to RRSPs, which is only 5.1% of the total room available to eligible tax-filers. In effect, Canadians already leave $630 billion dollars of RRSP contribution room untouched. More importantly, while the number of eligible taxpayers has increased, fewer Canadians contributed to RRSPs in 2010 than did in 2009.

PRPPs fall short of the core goal of providing a universally accessible and affordable retirement savings vehicle that would help provide an adequate retirement income. PRPPs can be made to help Canadians better save for their own retirement, but only if current design problems are corrected.

2. Ensure no senior lives in poverty: increase income supports especially for single seniors, and prepare to support seniors who will have to wait to age 67 to receive their OAS and GIS.

Risk of Poverty Greater for Single Seniors
The recent Federal changes to OAS eligibility exemplify the divide between demographics and people. Many Canadians, not just those most reliant on the OAS and GIS, will be adversely affected by the two year delay in OAS, which will hurt most precisely those Canadians least able to withstand the delay.

The hardest hit group of Canadians are single, unattached, women over 65, almost 20% of whom live under the after tax low-income cut-off of approximately $20,000/year. Over 30 percent of single women between 45 and 64 are low- income. The upcoming two year delay in OAS will exacerbate financial vulnerability among low-income seniors, especially single seniors. Seventy percent of part-time workers and 66% of minimum wage earners are female. For many of these women, the combination of OAS and GIS is the deciding factor in keeping them out of poverty.

CARP is calling on the Ontario government to build on the success of the 2010 generic drug reforms and to work with the other provinces to build upon the recent, modest success in reducing the cost of six generic drugs. Coordinated bulk buying of drugs by the provinces, and the leverage achieved by coordinated negotiations, can reduce the cost burden of drugs for both Canadians paying out of pocket and for governments.

Drugs are expensive in Canada, both to citizens and government, and access is still an issue for many people. According to a survey by Statistics Canada, 24% of Canadians have no drug coverage, and 8 percent of Canadians claim they did not fill a prescription in the last 12 months due to the costs of drugs. Drug costs in Canada have increased on average by 10.5% a year between 1985 and 2008.

CARP is calling on the Ontario government to end ageist auto insurance and driver licensing policies. Age-based insurance rates, combined with the highest average auto insurance rates in the country and ageist driver testing and licensing policies, mean that older drivers in Ontario face a number of systemic challenges to car-based mobility and independence. Almost 90% of CARP members think that age-based insurance rates are unreasonable and unfair and an equal percentage say that driving is important to daily living.

Auto insurance companies currently have the right to charge higher premiums for older drivers regardless of personal experience and driving record. In February 2013, the Ontario’s Human Rights Tribunal decided in favour of age-based insurance rates in the case of a 92 year old Ontarian whose insurance rates increased by $250 upon his 80th birthday.  Denis Olorenshaw filed his complaint against his insurer in 2009 over an insurance quote that was $250 higher than one given his 62-year-old daughter. Both had an identical vehicle and lived at the same address.

The 2013 Ontario budget should expedite work in reducing auto-insurance rates, which are the highest in Canada, despite a sharp reduction in accident benefits following the insurance reforms of 2010. The budget should provide concrete steps to modernizing how older drivers are treated by establishing new policies and protocols for insurance rate setting and driver training and safety that are based on assessing competence to drive safely rather than age.

These changes will help more Ontarians remain independent and mobile as they age. Driving is important to the quality of life for many of Ontario’s seniors. It is a means of mobility, dignity, self-reliance, and social inclusion, particularly for people who live rurally. CARP is calling for evidence based driver improvement programs and interventions that would bridge the gap between the competing concerns of road safety for all road users and the preservation of independence and dignity for older drivers.