The Middle-Aged Guide to Growing Up: Working Stiff - CARP
Join Donate Sign In 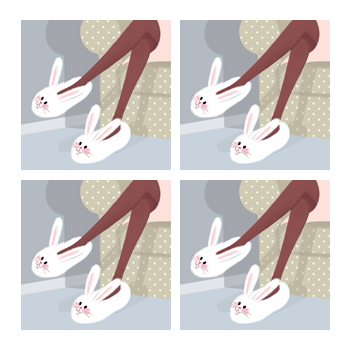 Editor’s Note: You might be familiar with this contributor’s work if you were a fan of  the Caregiver’s Diary columns… Over the course of a few years, the writer described his experiences caring for his mother, father, father-in-law and mother-in-law during their final days.  Since the recent passing of his father, he now cares for himself.  We wish to welcome you to the columnist’s new series “The Middle-Aged Guide to Growing Up”, in which he will tackle, among other things, the transitions he is experiencing, taking care of his health his finances and of course, living life to the fullest.  If you loved the Caregiver’s Diary touching stories, poignant honesty and elegant style yet uncluttered style – we believe you will also become a fan of this new regular feature… This column marks the third installment.  You might also read the inaugural column – “Coming of Age”, or the second: “What’s Up, Doc?”

I’m a Boomer, born at the height of the boom in 1954. I spent my most productive years in a corporate environment, rising up the ladder to become a vice president. This was in my mid-40s. The inevitable mid-life crisis hit, and I realized I didn’t believe in the corporate model any more, that suits were for car salesmen and that meetings were a fidgety hell. What was really happening was I was realizing I’d always be a vice president, and younger men would soon be giving me orders. I did what a lot of men my age are doing; I kicked over the traces, stole my key client and started my own company.

I am Principal now (not president, too vainglorious), no longer vice-anything, but what I really am is a freelancer, no employees but my cats, no assets but my integrity and my computer.

For more than a decade I’ve dome most of my real work before lunch in my pyjamas (just like the caricature of the freelancer). After lunch, I have time to nap, and I do. Napping is one of the most civilized things a working person can do to maintain their energy, and it’s no mystery they are popular in ancient cultures that have learned much about work.

After dinner, writing reports and proposals until the wee hours, uninterrupted by phone calls and visits. I find I work best with a hockey game at my elbow, bathed in the frantic noise, but ignoring it except to exclaim “Awrite!” or “Shit!” at the goals. This is true productivity. Working on one’s own schedule, and owning one’s work as a result. When you subtract those parts of the working day that have nothing to do with working, you realize how much time you actually don’t own. Now I own my time, and have no one to blame if I waste it.

This is increasingly the case amongst Boomers. For a number of reasons, they now work for themselves. Some have been downsized and abandoned the treadmill to younger contestants, others have burned through a career too fast and need to set their own pace. I think it’s Boomer narcissism; those who didn’t get to be the big boss, left to become their own boss, like I did.

Pensions, you say? Well, I’ll deal with retirement income in more detail later, but I don’t have a pension and I don’t know anyone who does. My father had three. I had some RRSPs that sustained me through the worst of the recession. I have 5 shares of Apple stock I’ve owned since Steve Jobs had hair, and I have a substantial house, most of which my wife and I own. And the ultimate retirement accessory, a large motorsailer which I use as my summer office.

Although I made a lot of money in my peak earning years, like a lot of people my age, it never occurred to me to save like my parents did. We had RRSPs, they underperformed and cost too much in fees, and were too easy to raid. For many of us, our house is our pension, RRSPs and retirement fund. My wife and I would own our house by now, but I borrowed against it to buy the boat, which seemed a fair trade-off. At 38 feet, 4 cabins and 2 heads, sleeping seven, it really is a second home at a fraction of the cost (Dirty secret only sailors know; you get unlimited hydro at your dock at a low flat rate. Unlimited air conditioning, here we come!).

The grim truth is, summer office or not, I’ll be working until I’m dead, because I can’t afford to retire, and I’m not the only one I know who can’t. Not that I’d want to. I define myself by my work, not my hobbies. I don’t golf, and while I can always make time for sailing, if I weren’t planning, executing and reporting, I’d die of the fidgets. I’m hoping that the sheer mass of aged freelancers will ensure that a 75 year old consultant isn’t that strange a sight in the future as it is now. I just hope there will be enough work for all of us.