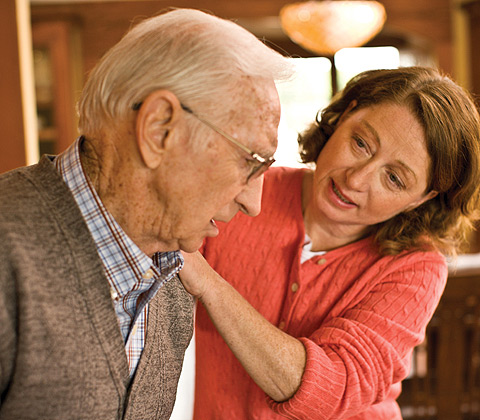 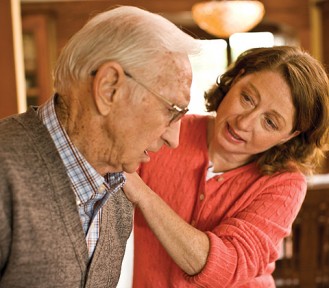 OTTAWA — They are prisoners of love who work 24 hours a day without pay or benefits, and thousands live among us unable to plead their cases because they’re kept out of sight.

They are usually women and the spouses of patients with dementia, including Alzheimer’s, and their willingness to care for their loved ones at home is worth, to us taxpayers, many millions of dollars a year. Most of the Ottawa Valley is included in the Champlain health region that covers the capital, and in that area are 13,600 dementia patients not in long-term care, and 94 per cent of those are cared for at home — usually by a woman alone.

One of them is Gweneth Gowanlock, who for the better part of the past six years has been caring for her partner, Robert Conn. Her main support comes from three friends in similar circumstances. The four get together as often as possible to support and vent, and they call their informal group “living widows”. In essence, they are widows of the living.

Her three friends didn’t want to share the stage of publicity.

Gweneth was allowed a visitor Thursday because a support worker was at the home for a couple of hours. The need for support workers is based on a point system, and being both retired public servants, the Gowanlock-Conns aren’t hardship cases and so don’t have many points. That cuts down the hours.

Bob was seated on a sofa and when I arrived he beamed and cheerfully flicked two thumbs up. He looks healthy, vibrant, and in tune with his surroundings. In reality, he didn’t know what was happening, or where he was. His dementia is a result of damage in the communications centre of the brain. He can’t speak, and information in-and-out is garbled. He can no longer perform basic functions.

The reasoning is gone, but the essence of the man remains. He’s a pleasant fellow.

Gweneth and I found a quiet corner, and she was able to answer the how-are-you question by pointing to a sheet of paper. It’s a backgrounder from the Alzheimer Society’s Wives Support Group. The fourth line reads: “ … exhausted, wrung out, frustrated, at wits end …”

The sheet of paper is an odd manifesto. It tells its followers that they are not alone and should appreciate the help the community gives. The help falls short. They want their membership to know whatever improvements they can bring about won’t help them. They are working to help make life better for those to come. Political change is slow, and by the time corrections are made, today’s dementia patients will no longer be a problem.

At this point what they seek most is public awareness. This can happen to anybody, and the numbers are higher than most of us know. At this point ask yourself how many people you know lived out there last days in the haze of Alzheimer’s or dementia.

Gweneth and Bob met in 1990 in a government French-language training class. He had completed an air force career and was into a second career in transport. Gweneth, with a master’s degree in social work, was in health planning. She says he was “interesting, funny and gentle.” He was quick of wit and fast of lip.

In 2006, he noted trouble finding the right twists for the right words. He worried, and submitted to tests for dementia. The results were bad. There was an acceleration in his deterioration, and as the spark disappeared into the man, Gweneth took early retirement and disappeared into the home. He’s 78 and she’s two decades younger.

With her background in health planning, Gweneth didn’t disappear as easily as most. Her voluntary incarceration was so unexpected nothing in her training had prepared her for it. But she could still learn. She sees a health planning issue that was late being addressed, and to a large extent is dependent on free labour. Our society benefits greatly from the endless efforts of willing prisoners of love.

To get an idea of the social load being carried by these prisoners, imagine their going on strike and dropping their patients off at the doors of public institutions. Just in the greater capital area, there’d be 12,000 of them, and each would require a full-care team.

What happens to the spouses of dementia patients is unfair, and unless we demand changes now, we’re next.