N.S. man ‘in disbelief’ after doctor says he is too old for liver transplant - CARP
Join Donate Sign In 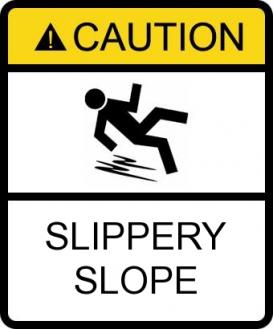 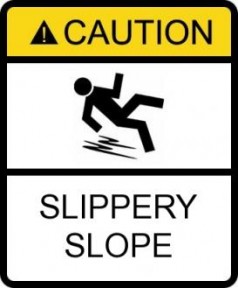 Lauchie Walker’s gut is swelled up like a blimp. He is not in any immediate pain, but then pain, at this point, is the least of his concerns. The Inverness, Cape Breton, man’s liver is shot through with disease, he says.

His only chance at survival is a transplant, and Mr. Walker claims that his problem is that the Halifax surgeon he met with in early April, for a consult, told him that he was not a good candidate for a new liver because of his age.

“The doctor told me that since I turned 70 in January that I no longer qualified for a transplant,” Mr. Walker says. “He told me I had six months, maybe a year left.

“I am just in disbelief. I only met with the doctor for about 15 minutes.”

Mr. Walker would not divulge the doctor’s name, telling me that he was still hopeful a mistake had been made and that the death sentence he has been handed would be reversed and his name added to the list of patients waiting for new livers.

A widower, with two grandchildren he adores, Mr. Walker would appear to be the victim of a physician with either a terrible bedside manner or a sick sense of humour — or both. There is no official cut-off age for liver transplants in Canada. Would-be patients are put through a battery of tests to determine their suitability for transplant. It is a purely clinical calculation, which is standardized across Canada, although age, by default, often plays a role since older candidates are often disqualified simply because of the inexorable march of time.

“Age alone is not a reason to decide somebody isn’t eligible for a transplant,” says Dr. Ian Alwayn, the Halifax-based surgical director for the Multi Organ Transplant Program in the Atlantic provinces. (Dr. Alwayn was not Mr. Walker’s doctor.)

“You look at if somebody can tolerate the significant operation that is a liver transplant, and you can imagine somebody who is 70 or 65 — or even 60 — would have other medical diseases [heart disease, lung disease] that would make a liver transplant too risky.”

Mr. Walker has a hernia to go along with his failing liver, and yet his predicament cleaves open a larger ethical debate about age — and lifestyle — and organ donation in a country where people are generally living longer, and where there are too many people on waiting lists for hearts, lungs, kidneys and livers, and not enough donor organs to go around.

Approximately one-third of liver transplant candidates will die on the waiting list. So why not shorten the list by establishing a cut-off age? Why not, all things otherwise being equal health-wise, prioritize the 30-year-old with the bum liver over the 70-year-old who has already lived a relatively full life?

And why not consider the individual life? Currently an alcoholic who can stay sober for six months but wrecked their liver with booze is just as entitled to a transplant as the teetotaler who had their liver destroyed after contracting hepatitis C via a blood transfusion.

“You can argue that an alcoholic shouldn’t get the transplant because he doesn’t deserve it,” says Arthur Schafer, an ethicist at the University of Manitoba. “You can argue that they brought the problem on themselves. But that brings a fistful of slippery slope arguments into play.”

Indeed. What about the smoker who needs a new lung? What about someone who is jaywalking and gets hit by a car — and needs a liver? What about obese people?

“I don’t think our physicians should be moral judges,” Mr. Schafer says.

Neither do our physicians.

Dr. Eberhard Renner is the director of gastrointestinal transplantation at Toronto General Hospital. He performed about 160 liver transplants last year.

“The sickest patient gets the liver, that’s the principle,” he says. “Factoring in age is a very difficult topic because, if you did, what you are doing is valuing one life over another…

“It becomes very judgmental in the end.”

Lauchie Walker is a drinker, though he hasn’t touched a drop since August. His wife died of cancer about 25 years ago and his life has had its fair share of wrecks since then.

“I won’t drink for eight months then I will drink a quart of vodka a day for three weeks before stopping,” he says.

He is not proud of his drinking, but he is proud of his working life, of having been a store manager in Inverness for 22 years, of helping other retirees fill out their myriad income tax and Canada pension forms and of being a doting grandfather to Angus Rory, 6, and four-year-old Mary Catherine.

“I’m not just laying around here waiting to die,” Lauchie Walker says. “I can still lead a useful life.“