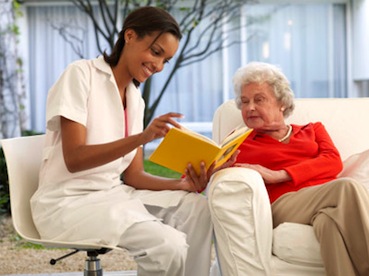 Editor’s Note: The following is a press release from the New Brunswick Department of Health explaining that the provincial Office of the Ombudsman will be given powers and a budgetary increase so that they may investigate the Long Term Care sector.  Long Term Care/Nursing home oversight by a provincial Ombudsman is an idea CARP supports – more LTC oversight means residents are likelier to be safe and content.

May 8, 2013: FREDERICTON (GNB) – An act to expand the mandate of the ombudsman to include government-funded long-term care services was introduced in the legislative assembly today by Healthy and Inclusive Communities Minister Dorothy Shephard.

“We recognize that the role the ombudsman plays is important to the people of New Brunswick,” said Shephard. “Supporting seniors and all those receiving long-term care services is a priority for our government. By bringing forward these amendments we are delivering on a 2010 government commitment.”

The proposed amendments to the Ombudsman Act will expand its powers to include long-term care services to New Brunswickers which are funded by the provincial governmentand delivered by third-partyservice providers such as nursing homes, special care homes and home support services.

“These amendments build on the other important steps our government has taken to support New Brunswickers,” said Social Development Minister Madeleine Dubé. “Expanding the mandate of the ombudsman provides another avenue to hear concerns from seniors and all others who are receiving long-term care services.”

The proposed changes will provide another level to the complaint process when people are unable to resolve their concern through the long-term care service provider or facility in question.  The first step should always be to attempt to resolve the complaint directly with the care provider, followed by the Department of Social Development, which is the department responsible for the approval and ongoing regulation of these facilities and services.

The amendments, once passed, will be proclaimed at a later date.