The Middle-Aged Guide to Growing Up: The Best Game You Can Name - CARP
Join Donate Sign In 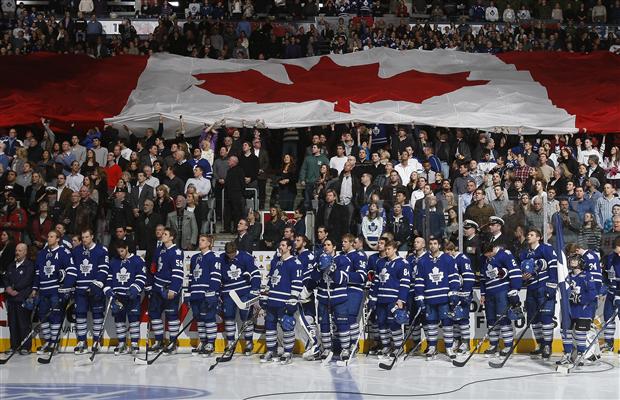 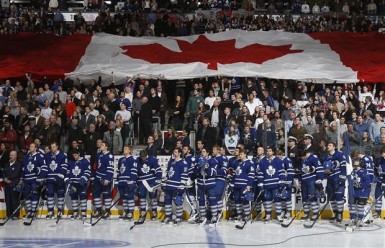 Editor’s Note: This column marks the fourth installment of the Middle-Aged Guide to Growing up series.  You can also read the inaugural column – “Coming of Age”,  the second: “What’s Up, Doc?”, or the third: “Working Stiff” if you missed any.

The Best Game You Can Name

I’m a Boomer, born at the height of Teeder Kennedy’s career with the Leafs. Not that I’m a Buds fan, long residence in Quebec, and an appreciation for hockey history, have made me a proud supporter of Les Bleu Blanc Rouge, Les Glorieux, Les Boys, les Habs, the Canadiens.

Hockey wasn’t always central to my life. As a young kid at school, everybody listened to Hockey Night In Canada with Foster Hewitt on Saturday night, there was nothing else to do (it was a boarding school) so that’s what I did. My favourite player was Yvan Cournoyer, small, fast and fearless. The players of my youth were Frank Mahovlich and Phil Esposito.

When I left school, I left hockey. There were more interesting things to do in University, and I never learned to skate, let alone play. Years passed. Gretzky left me cold. Elegant but bloodless, he exemplified the kind of precision hockey I wasn’t interested in.

I moved back to Toronto in the early 80s, the fallow years of Leafs hockey (aren’t they all fallow years?). Sundin. Yawn. Toronto was the kind of team that defied fandom. Big, rich, corporate, cheap, and run by accountants. Montreal was vain, glorious, hopeless, alarming and quirky. My team.

Thinks started to pick up at the 2010 Olympics. Despite my vow to resist the weapons of mass marketing deployed by the International Olympic Committee, the Vancouver Olympics were so much fun, so Canadian, that my wife and I were hooked.

The day of the gold medal men’s hockey game, I had to be a couple of places downtown. I watched the first period at my brother’s apartment, the second period at a friends loft with his cat (without cable!), and then I drove like a bat to get home in time for the third period. My wife (who had never watched a hockey game in her life) were planted in separate rooms, gripped in front of separate TVs, too overwrought to watch overtime together.

Seeing Sid Crosby slip that magic puck behind Ryan Miller off a pass from Jarome Iginla was one of the most inspiring things to happen to me that year. Like most Canadians, I was walking around on a cloud for a week. And I was a fan again. Rumour has it there was a baby boom in Canada nine months after that game.

So, along comes 2012, and I’m all ready to get into a full season of hockey, learn the players, crunch the stats and generally become tiresome. Not to be. The billionaires decide the millionaires are making too much money and the season is cancelled. I was a newbie fan and it drove me nuts, I can imagine how long-time fans felt. As the lockout stretched into late fall, everyone predicted the fans would be driven away. I knew better. I was just itching for hockey, and I knew that everyone else who felt the same way would desert the suddenly popular AHL games and come back home. Do you really want to watch Hartford beat up on Providence?

Owners and players met in the middle, realizing that much more than their salaries depended on resuming play. A huge sigh of relief was heard across the land and a million bottoms settled into Barcaloungers. I immediately invested in NHL Centre Ice, which brings ALL the out-of-town games to your iPad or Mac. If it wasn’t playing on local TV, you could see it, complete with all the small-market US advertisements for personal injury lawyers, online universities and hospitals.

This was cornucopia, excess, grande bouffe. Too much, every night, more than anyone could watch. I tried. The only teams I ignored were the ones where they grew palm trees (except for the LA Kings, a genuine hockey team). Four or five games at a time (one on the computer, one on the iPhone, one on the iPad and one or two on the TVs). Eight to ten games every night. It became obsessive.

Watching that many games, though, and being a statistician, I learned a few things. Pulling your goalie when you’re down one or two goals only works about once in 20 games, and even if you tie up the score, you’ll probably lose in overtime. Also, the 5 minute overtime in regular season play has guaranteed that a quarter or more of games end in shootouts, which are exciting, but aren’t hockey games.

This shortened season has been exciting. My Habs played well, although they’re out now. The compression of 48 regular season games led to an urgency that hockey has lacked for years. I have an idea. The hockey season should be capped at 50 games and start on New Year’s Day with the Outdoor Classic. Games should consist of a 20 minute first period of 5 on 5 hockey, a ten minute second period of 4 on 4 hockey, a 5 minute third period of 3 on 3 hockey, followed, if necessary, by a 3 minute overtime of 2 on 2 hockey, followed, if necessary, by the shootout. That would be even more exciting hockey.