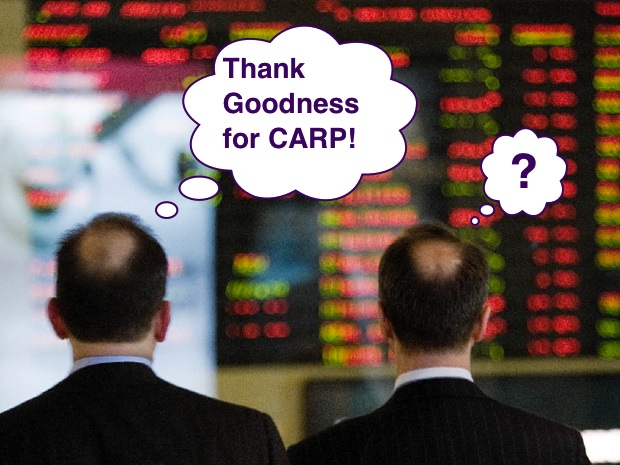 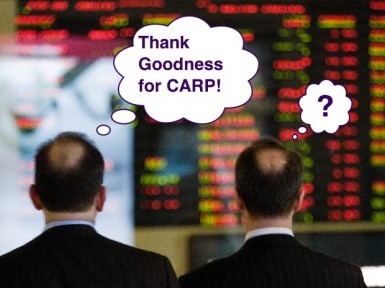 CARP attended the Canadian Securities Administrators (CSA) Roundtable with investor groups and representatives to discuss CSA’s consultation paper, “Statutory Best Interest Duty for Advisers and Dealers”, on June 18th 2013. Weeks before, CARP had made a submission to the CSA advocating for statutory best interest standard to balance the playing field so that investors are no longer disadvantaged and that investors have means of restitution when things do go wrong. CARP pushed for changes that would give investors more protection, the ability to exercise their rights, and means of restitution, to a group of financial sector stakeholders that included the CSA, the Ontario Securities Commissions, the Ontario Ministry of Finance.

The responses from the groups were similar in that they all agree that a statutory best interest standard is needed and would significantly benefit investors beyond the status quo. Some of the comments and responses to the topics were as follows:

The average investor is disadvantaged within the advisor-client relationship

Investor advocates were unanimous in pointing out that the investor is disadvantaged within the advisor-client relationship. The average investor is typically not financially literate or numerate. As a result, the average investor does not always have the means to make the best investment decisions For this very reason, investors seek advisors whom they can trust for the best and personally suitable financial advice. According to the Investor Education Fund, one of their main research findings showed how infrequently people are unaware of conflicts of interest (7 out of 10), and that these individuals say that the advisors will act in their best interest even if their actions do not give them the best outcomes.

The suitability standard is too weak and fails to protect investors

It was also clear that most investor advocates believe that the suitability standard is too weak, failing to protect investors from conflicts of interest. Most people are not even aware that there are potential conflicts of interests. And when a conflict does arise and is discovered, some groups have seen advisors/dealers commonly place the blame on the investor for not initially providing “adequate information” to determine investment suitability.

Conflicts should not only be managed but completely avoided

Currently, advisors are required to know how to manage conflicts and are given options on how to deal with them when they arise. Too often the conflicts-of-interests are not made aware to the investors and there is a lack of real independence between the financial advisors and the compliance office. As a result, many groups pointed out that conflicts should instead be avoided outright and investors should be completely protected from conflicts of interest.

Proper professional standards should be implemented

A statutory best interest standard is part of the larger issues of needing proper professional standards. At the Roundtable discussion, many pointed out that financial advisors often claim to be professional or portray themselves as professionals when their requirements and licencing standards are inadequate. Investors are deceived and are made to believe that there already is a best interest standard. Even the word “advisor” was pointed out to be a misnomer since advisors, without a fiduciary duty, are really just salespersons with no real responsibility to uphold the trust of the investor.

There was much agreement at the table that if the financial advisory industry wants to be seen as professional, then they should have professional standards, just like any other professional fields such as medicine, law, and engineering. Attached to those standards should be consequences to misconduct protocols and enforcement of standards so that advisors become responsible for their work. Often, industry argues against a best interest standard, claiming that it will stifle business. However, many at the roundtable pointed out that the industry has repeatedly innovated and adapted to previous changes in policy and law. Therefore, the industry will continue to innovate with the introduction of professional standards, even giving the industry greater credibility.

CARP‘s position aligned with many of the important opinions of other investor advocates. CARP urged the CSA to recognize and act on the clear need for a statutory best interest standard. However, a mere standard is not enough. CARP emphasized that in addition to the standard, enforcement is needed along with a clear pathway to restitution for investors when their investments are unfairly lost. Investors not only have the right to information and protection but also the right to redress. It appeared that the investor groups are advocating the same message and hope that the CSA will seriously consider the responses. CARP will continue to monitor CSA’s work on this issue while continuing to bring awareness to the issue and advocating for the rights of investors.

READ CARP’s submission to the CSA.