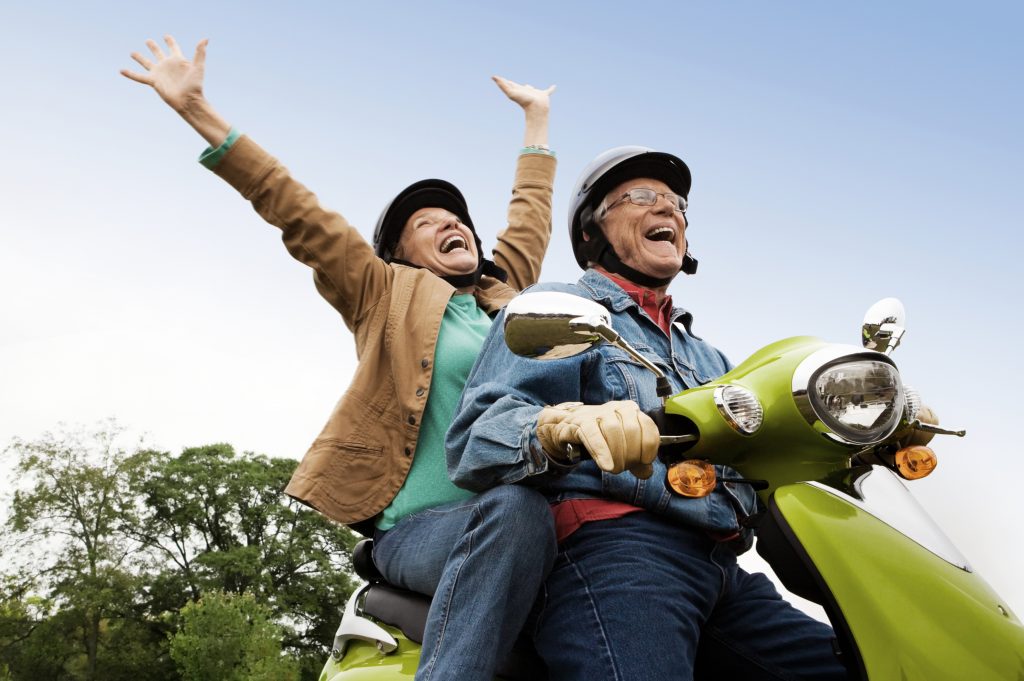 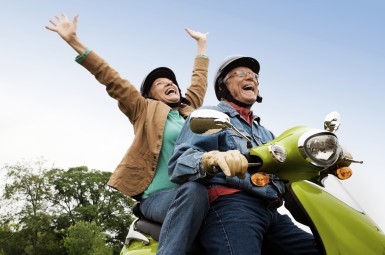 It could be a scene plucked from a retirement planning commercial: retirees taking a morning stroll on one of Mexico’s pristine beaches, sipping lattes in a quaint French town or playing golf year-round on a lush Florida course. For many Canadians, the dream of retiring abroad, either part- or full-time, is the ultimate goal.

Today’s seniors are living longer and leading more active lives than those of their parents or grandparents, says Susan Eng, vice-president of advocacy for the Toronto-based seniors’ advocacy organization CARP. And many are refusing to live the stereotypically quiet lives associated with being a senior. “They’re undertaking challenges that many of us might not take, like relocating to another country. It’s not trivial or a guided tour, it really changes the dynamics of their life.”

Warm, dry weather and affordability were the main drivers that prompted Phil and Marg Timmons, a Barrie, Ont.-based couple, to begin exploring retirement options outside Canada about five years ago. The couple, now retired and in their early 60s, were tired of shovelling snow, so they set their sights on property ownership in Arizona.

After spending months researching the tax, legal and property ownership implications, they took the plunge, capitalizing on the weak housing market in the Sun City area northwest of Phoenix. With the help of a Canadian real estate agent who specializes in helping snowbirds buy property in Arizona, they bought a home in an adult-living community just minutes from shopping malls, golf courses and other amenities.

They’ve spent the past several winters enjoying and maximizing the 182 days Canadians are allowed to remain in the United States during any 12-month period. “We both feel better living in Arizona,” Mr. Timmons explains. “We golf in sweaters in December and January and weather-wise, it’s perfect. We also picked Arizona because it has different scenery. There seemed to be more activities and sightseeing with mountains and the desert. There’s just a variety of things to do.”

Rod Burylo, national marketing director with Calgary-based Axcess Capital Advisors and a specialist in international retirement topics, says living abroad in retirement is often mistakenly viewed as the domain of the ultra-rich. But in many cases, snowbirds are settling in towns such as Ajijic – a lakeside town in Mexico’s Jalisco state that’s become home to a growing community of Canadian and U.S. expatriates – because of cheap rents and an affordable lifestyle.

“You can retire comfortably there on $2,000 a month, depending on whether you rent or buy,” Mr. Burylo explains. “If a retired couple are on a Canada pension, they could comfortably retire and that includes being able to eat out every night. Having that lifestyle in Canada … wouldn’t be possible.”

But Mr. Burylo reminds Canadian retirees that they need to take steps to ensure they’re making the right decision to relocate in their golden years. His first recommendation: Find an accountant who specializes in international tax law and have him or her work closely with their financial planner to ensure compliance and reap any and all possible tax benefits.

Unlike Americans, he explains, Canadians are not taxed based on citizenship, but residency. That means retirees who live abroad full-time can take themselves out of the Canadian tax system and – local legislation permitting – be subject to the tax laws of their adopted retirement home.

Another issue is financial management. Mr. Burylo notes that many retirees are shocked to learn that their financial institution will no longer heed their instruction once they relinquish Canadian residency. It’s critical for retirees to understand their bank or financial management firm’s policies before departing.

However, Mr. Burylo strongly recommends sheltering funds in Canadian banks rather than transferring wealth to accounts in foreign countries – think of the recent financial crisis in Cyprus where larger accounts in one of its largest banks were frozen.

Culture is another major consideration. After paying several visits, the Timmons chose Arizona for its familiar lifestyle, but everything from language to cultural differences can pose a challenge for relocating retirees. As Ms. Timmons explains, the couple enjoyed a seamless transition thanks to the cultural parallels of life in Ontario and Arizona, but were struck at first by differing attitudes on issues such as gun control and health care – topics which generate strong opinions on both sides of the borders.

“We’re being educated on both sides,” she says. “We see a lot of similarities and differences.”

Perhaps the greatest concern for retirees is health insurance.

As Mark Anevich, director of business development with CAA Travel Insurance explains, many insurers do sell products catering to Canadians who live abroad during retirement that insure for costs in excess of what would be covered under their provincial health insurance plan when outside of the country – which is typically only a small fraction of the sometimes staggering medical costs they might incur.

“For that reason,” Mr. Anevich explains, “snowbirds need travel insurance to avoid a potential financial disaster should they require emergency medical treatment while outside of their home province.”

In order to maintain their provincial health insurance plan coverage, the maximum allowable time outside the country is 212 days for Ontario residents, and 183 days for most other provinces unless they’ve obtained special authorization from their provincial health insurance plan, in which case the maximum allowable would be up to 365 days.

While the cost of coverage varies depending on factors such as the applicant’s age and pre-existing health conditions, Mr. Anevich says the price for 212 days coverage for a healthy 65-year-old averages about $6.44 per day.

While these concerns may seem overwhelming at first, the Timmonses – who have come to rely on Skype to communicate with family – say they were easier to navigate than first expected.

Still, they offer this piece of advice to other retirees contemplating retirement abroad: “Give yourself lots of time,” advises Mr. Timmons. “Put time on your side instead of rushing into it.”