The Middle-Aged Guide to Growing Up: It’s All Political - CARP
Join Donate Sign In 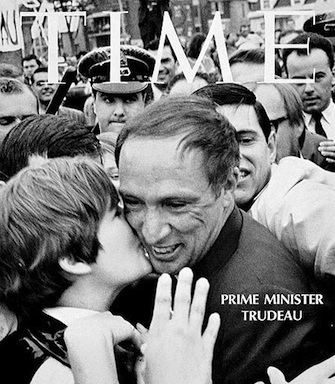 I’m a Boomer, born ten years to the hour after the Great Escape and now creeping up on three score years. I’ve been interested in politics all my life, and have tried to be as involved as I can be without running for office. That would be difficult, my backstory is a little adventurous for the typical campaign. I’ve been involved in volunteering, getting out the vote, polling and consulting recently.

My political involvement has been bi-national; I grew up in the States and moved back to Canada as an adult. I am equally interested in both countries, and have a stake in both.

In 1968, I got “Clean for Gene”, when we all cut our long hair so as not to embarrass Democratic candidate Eugene McCarthy. In 1972, I convinced myself George McGovern could win the presidency against Richard Nixon.

Like many Canadians around my age, I cast my first vote as an adult for Pierre Trudeau in 1972. In August of 1974, as a counselor at a summer camp, I took my charges out on the beach to light fireworks the evening Nixon resigned.

I despaired of the Democrats as Jimmy Carter let the Republicans define him as wobbly. He was a steely decision-maker in an impossible conflict. I wandered through the Reagan years, constantly telling people “He’s selling guns to thugs for cocaine, doesn’t that matter?”.

I was grudgingly accepting of George Bush, a capable man. Brian Mulroney, although devious, was a Canadian patriot, and he led a “Red Tory” government full of ministers you couldn’t hate. Remember John Crosbie and Sheila Copps redefining parliamentary decorum? Good times.

The Golden Times were the 1990s. Clinton and Chretien. Prosperity, justice, sloppy, inefficient, democratic government, and we stayed out of Iraq. That was possibly the most significant thing Canada did since Vimy Ridge.

Junior Bush and Harper almost made me pack it in and move to a third world country with no health care. In the US, they finally elected a strong, uncompromised Democrat, with all the signs of a continuing dynasty in 2016. This will make my retirement years much happier than they might have been.

Since I started voting, we have had 6 Republican presidential terms, 5 Democratic terms, and an equal share (4) of Liberal and Conservative Prime Ministers. Barring Obama being caught with, as Huey Long used to say “a dead girl or a live boy”, we are looking at 2 more Democratic terms at least, to lead the count. Meanwhile, it’s likely (I’m a pollster, remember) that we will have a Liberal Prime Minister in 2015, and that will last 5 years until 2020. I’ll be 70 years old in 2024 when the next Democratic President’s second term ends, which is just about right. By that time, I may actually not care who is President or Prime Minister anymore. It is interesting to note, however, that across my lifetime, each side of the political spectrum has held control in both of my countries for roughly the same period of time. Everyone has had an equal kick at the can, and we’re still here.