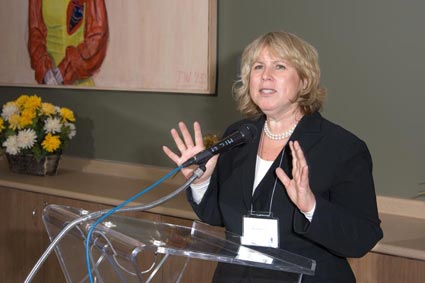 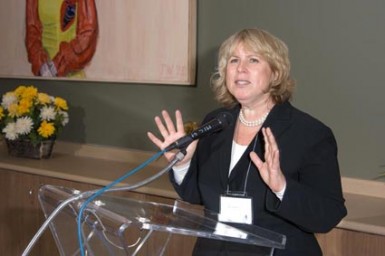 At a national health policy conference last week, Ontario’s Health Minister Deb Matthews made a few notable comments. Among them was a request that policy experts applaud government officials when they do the right thing. Too often, good healthcare policy gets blocked by a very vocal minority of stakeholders.

Minister Matthews also said that expanding prescription drug coverage would be a top priority for Ontario if the government had the money to do so. This is great news because my colleagues and I released a CD Howe Institute report on how to improve pharmacare in Canada on the same day she made those comments.

Our report contains praise for Ontario. Ontario’s system of prescription drug financing performs as well as or better than any other provincial system in Canada.

But before celebrating that point too much, the report also shows that all of Canada’s provincial pharmacare models have significant flaws not found in other countries with comparable healthcare systems.

Every other country in the world with a universal healthcare system also provides universal coverage of prescription drugs — at little or no cost to patients. In doing so, they achieve better access to necessary medicines, better financial protection for patients, and far lower total expenditures on medicines than any Canadian province does, including Ontario.

The good news for Ontario is that Minister Matthews’ proposal to expand public coverage for medicines makes sense both for improved healthcare (by way of better access to needed drugs) and for Ontario’s financial bottom line.

It is regarding the financial bottom line that Minister Matthews may have been given the wrong impression – perhaps by interests who oppose what is good healthcare policy concerning prescription drugs.

There is no need to delay the implementation of expanded drug coverage until the money is available. There is already more than enough money in Ontario for this.

The employers, unions, patients and taxpayers of Ontario are already footing a very large bill for prescription drugs – larger than any comparable healthcare system in the world. But, because drugs are financed through a patchwork of private and public payers, Ontario is not achieving the purchasing power that comparable systems worldwide achieve.

To paint a clearer picture: if per capita spending on medicines in Ontario was the same level as it is in the United Kingdom, the people of Ontario would save nearly $6-billion every year. That is enough money to hire 16,000 more physicians, which would be a 65% increase in the supply of doctors in Ontario.

The government of Ontario has already shown leadership on pharmaceutical policy in recent years. It was the leader in efforts to rein in excessive prices for generic drugs in Canada. That was a tough-fought policy change that has generated hundreds of millions in savings for Ontario and elsewhere in Canada.

I hope that Ontario will continue to provide leadership by expanding prescription drug coverage in Canada.

The route forward is not to create “an open bar” for medicines in Ontario. Rather, the Ontario government should focus on providing universal coverage for medicines of proven value to the healthcare system.

The public drug program in Ontario could, for example, be expanded to provide universal access to essential drugs to treat cardiovascular disease, diabetes, asthma or mental health. If done right, Ontario would secure far more competitive prices for covered medicines, improve access to essential healthcare, and reduce unnecessary demands elsewhere in the system.

Political insiders might notice that such a policy is consistent with a proposal that Kathleen Wynne included in her Ontario Liberal Leadership platform. I’d say it’s time to act. Together, Premier Wynne and Health Minister Matthews could be pioneers of the biggest, most important healthcare reform of a generation.

Steve Morgan is an expert advisor with EvidenceNetwork.ca and Associate Professor and Associate Director at the UBC Centre for Health Services and Policy Research.