Seniors in Boston’s Beacon Hill enjoy each other’s company at a social organized by a nonprofit they created to help them remain in their homes longer into retirement. Photo by Gilberto Nobrega/PBS NewsHour

Twelve years ago, a handful of older residents living in a tony section in Boston gathered to figure out a way they could “age in place” in the neighborhood they so dearly loved.

After months of meetings and fundraising, they launched the Beacon Hill Village, a nonprofit membership organization that provides free or low-cost services to seniors who have chosen to live in their own homes.

Beacon Hill Village now boasts 400 members and the concept has spread to other communities across the country. There are about 100 “villages” to date, with another 200 in development, according to the national organization that helps establish these networks. Each one is formed and governed locally, tailored to the specific needs of that community.

Susan McWhinney-Morse was one of the original founders of Beacon Hill Village. She spoke to the NewsHour’s Ray Suarez about why she thinks this may be the answer for millions of baby-boomers as they approach their 70s and 80s. Tune in to PBS NewsHour Thursday for the full report.

This article was published by PBS.org on July   2013.  To see this article and other related articles on PBS.org website, please click here

Ray Suarez: Do you remember when it occurred to you that you wouldn’t want didn’t want to move from your house when you got older? 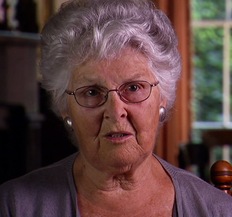 Susan McWhinney-Morse: I very clearly remember a time, and I was quite young. I grew up in Denver, Colo., in a household that had been there for a very long time and my family had many, many friends who were close.

One of those, one couple went to Arizona one winter and they never came back again. And I remember saying to my mother, “I don’t get it. Why did they move to Arizona and not come back? They left everybody they knew and everybody they cared about just to be warm?” I was probably 10 or 12, and I found that just absolutely nonsensical.

Ray Suarez: So you made up your mind early, that that sort of gypsy life didn’t appeal to you. But a lot of people move, not because they want to as much as because they have to. They can’t afford their old housing, or their needs have changed. How do you make it work to remain in place?

Susan McWhinney-Morse: I think there’s multiple options now. Probably up until the turn of the last century, there appeared to be very few options because our houses were too big. It was too hard to take care of them. But now I think people are beginning to understand that they can move to a smaller apartment in their own community. This house was way too big for my husband and me, but we turned it into apartments. So we downsized in our own house. If one begins to look at the options one has to stay at home, then one can be very creative and find the resources that they need, the support they need to keep their roots.

Ray Suarez: When did you realize that there were a lot of other people who felt the same way?

Susan McWhinney-Morse: When we initially started Beacon Hill Village, there were 11 of us who got together one cold November day with this abstract determination that we’re not going anywhere. But we wanted to be responsible by not going anywhere. We didn’t want to have to depend upon our children who might live in the next community, or might live across the country. And so after two years we formed this organization that seemed to fit our needs. And it was at that point we began to understand that maybe we had tapped into a whole movement and that we weren’t the only people — that it was becoming perhaps even a worldwide idea that one could stay in one’s community.

Ray Suarez: So how do you design a way of life, a response to 21st century realities that both allows you to stay in your home but also recognizes that your needs change as you enter the later decades of your life?

Susan McWhinney-Morse: That’s assuming that there’s a line when that begins to happen and there isn’t a line. We grow old slowly, some of us — most of us — and in different ways with different needs. Certainly I have less energy than I once had. But that’s been a very slow progression. I don’t hike anymore, but I walk a lot. So have I recognized that I’m really old? I’m almost 80. I don’t think I qualify for being that old-fashioned label as “old.”

Ray Suarez: But when you look at a group, a randomly selected group of 80-year-olds, there’s a lot of range.

Susan McWhinney-Morse: There’s a huge variation. And I think that’s perhaps one of the geniuses in the way the village movement has been set up because it takes into account that we are all aging in different ways with different needs at different times. Early on, people said, “You cannot retire on Beacon Hill — it just won’t work. You have bricks to fall on, stairs to climb and that’s not appropriate for older people.” And my answer to that is that if I stop climbing stairs, I won’t be able to climb stairs. I think it’s very important to keep moving.

Ray Suarez: Is the village model something that would work outside of communities of people with resources and with means — upper-middle-class people?

Susan McWhinney-Morse: Yes, absolutely. The challenge to creating a village is obtaining the start-up money. Because this is a serious ongoing business that must be accountable, it must be stable. So the issues of how to obtain the financial support is important. We’re 10, 12 years old, this whole venture. There are 110 villages across the country. There are 200 villages in the works. We’ve created what we call “Village to Village Network” which is a web-based support system in which anyone who wishes to start a village can get information from any other village. There’s a lot of communication, a lot of sharing of the basic facts. How do you get your 501(c)(3)? How do you create a business plan? How do you vet your providers? So we’re all connected and it helps, it helps spread the whole movement.

One of the things that I really think is that this model is a terrific answer particularly for people who are low to moderate income and middle class, who simply have no other options. Who can’t move to retirement communities. Who don’t have the resources to go to Sun City. I think it’s very realistic that it could become the norm in many areas.

Ray Suarez: Susan McWhinney-Morse, thanks very much for talking with us.