Chapters in the News: Boomers and seniors not a burden on society - CARP
Join Donate Sign In 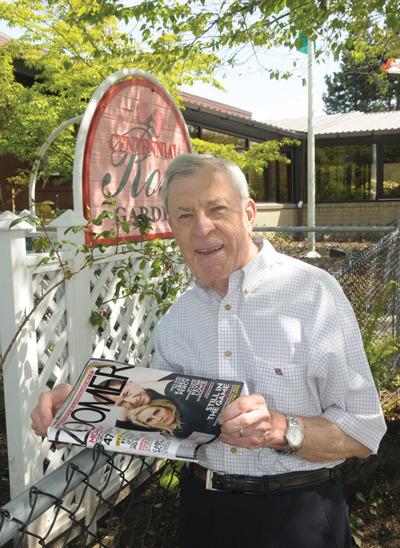 Opinion: Concept of aging is changing

Critics have written lately about the burden boomers and seniors will become as they age. “Experts” have predicted drastic increases in medical costs as these boomers become old and infirm. Even Vancouver Sun columnist Don Cayo added his two cents in a recent piece, With Unavoidable Costs Looming, It’s Time to Re-examine Seniors’ Expendable Perks.

Older Canadians will form an increasingly larger part of the population and some will develop chronic medical conditions which didn’t have time to develop when people died younger.

But, the concept of aging is changing dramatically. Zoomers (boomers with zip) are not content to lounge in their rocking chairs until infirmity puts them in wheelchairs or sends them to an early grave. This old image no longer applies.

This Special to the Vancouver Sun was written by Bruce Bird, Chair of the North Fraser CARP Chapter.  It was published by The Vancouver Sun on August  30th, 2013.  To see this article and other related articles on their website, click here to visit it!

David Cravit, author of The New Old: How the Boomers are Changing Everything … Again, and his latest book, Beyond Age Rage, compares:

• Work is over vs. Work goes on — possibly a whole new career

• Future planning is over vs. Planning is active, and may take surprising new directions.

• Brand choices and shopping are set in stone vs. There is no brand loyalty.

Zoomers travel extensively, participate actively in sports and other recreational programs, and contribute to their local communities in many ways, as David Cravit points out:

There are 14.5 million Canadians over the age of 45, representing 57 per cent of the population.

They account for over 60 per cent of all consumer spending.

They own 60 per cent of all cars and buy more cars than any other age group.

They attend concerts, theatre, museums, art galleries and other public attractions more than any other age group.

Through their consumer spending zoomers and seniors substantially improve Canada’s economy for all age groups.

Seventy per cent of over-45’s use the Internet and buy more online than any other age group.

They are the largest group of volunteers, contributing millions of hours of unpaid work to sports organizations, charities, community and health organizations.

According to Investors Group 2010, 60 per cent of boomers provided an average of $3,675 per year in financial assistance to adult children no longer in school.

Some are delaying retirement and delaying downsizing their homes, accepting the need for intergenerational homes to provide space for their aging parents and their dependent adult children.

Increasingly, boomers are acting as unpaid caregivers for their aging parents.

Many older Canadians delay retirement and continue working. In 1996 the percentage of people over 55 working bottomed out at 22 per cent. By 2008 it had risen to 35 per cent.

What conclusions can we draw?

In spite of being major contributors in their younger years to the economic well-being of Canada and rightfully expecting to be cared for if needed in their later years, boomers and seniors continue to contribute.

Far from being burdens on the Canadian taxpayer, they are valuable, contributing members of society.